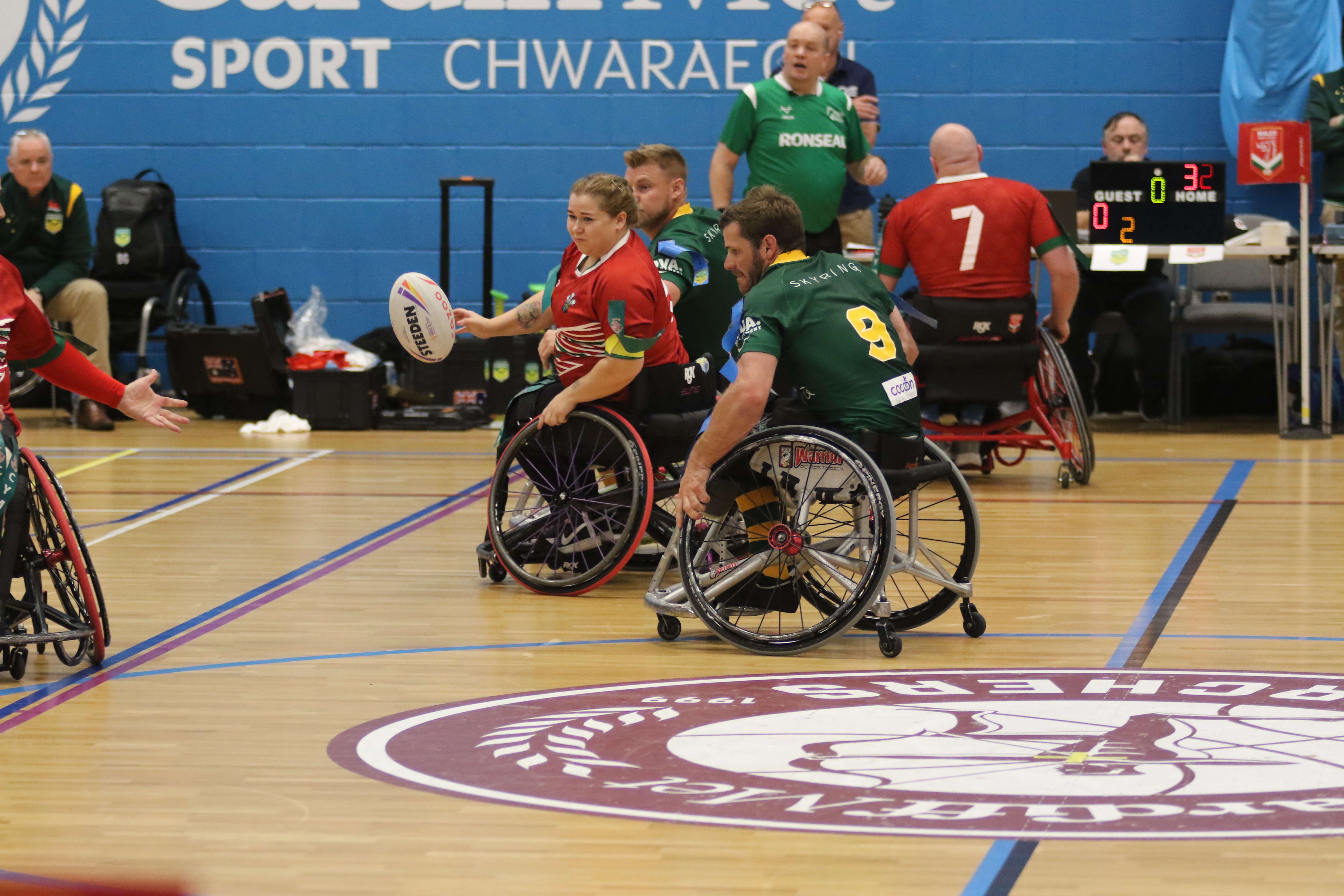 Wales Wheelchair head coach Stephen Jones has named his 10-player squad to open their Rugby League World Cup campaign this Friday against World Champions France at the English Institute of Sport in Sheffield (kick-off 11am).

Jones makes just one change from the loss to Australia in the friendly on Saturday, with Lucie Roberts coming into the side and Alan Caron making way.

This means that Jodie Boyd-Ward is set to join Caron as the world’s most capped Wheelchair Rugby League player as she’ll be winning her 39th international cap.

The 30-year old started her international career with Ireland, winning seven caps from 2012-13 before playing 22 times for England between 2014-19, transferring over to the land of her grandfather last year. This will be her tenth Welsh cap.

Harry Jones, the third highest world cap holder, and second highest for Wales, will roll out for Wales for the 38th time.

“We’re delighted to welcome Lucie back after she had to miss the Australia game. Alan’s a great player, but we’ve thought he could benefit more by going up against USA and Scotland. We’ll see after the game if my choices were correct.

“France are about 90 per cent professional. You only have to look at what the men’s team have had to face in their World Cup – having semi-professionals going up against NRL. It’s similar to us against France, but it our position, we’re fully amateur – the players all have full-time jobs and they’ve had to take time off to come here, when France are paid to play and train. That’s the way things are and we’ll go out there and give it our all.

“We learned a lot from the Australia game last Saturday. I’ve always said that you can learn more by losing than winning. Unfortunately the Australia game didn’t go to plan as we had three injuries so close together (near to the half hour mark) so that threw the game-plan totally out of the window for us. It’s given the players a lot to think about and reflect on going into Friday’s game and realising that we’ve still got a lot to work for.”

Wales v France kicks off at 11am on Friday 4th November. For fans who are not attending, this game, along with all other Wales Wheelchair World Cup matches, will be broadcast live on BBC2 in all regions.