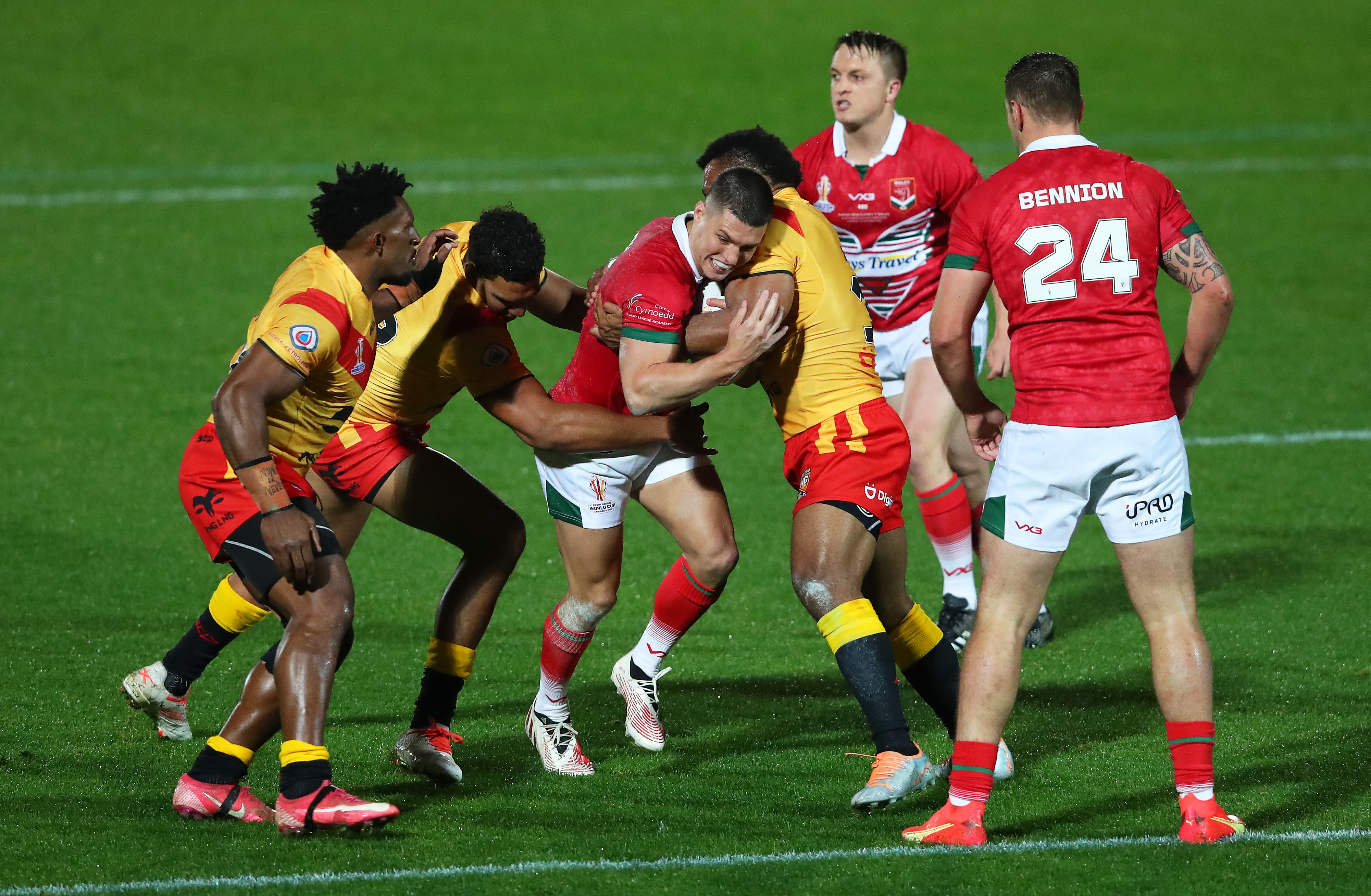 By Ian Golden in Doncaster

Wales crashed out of the men’s World Cup in Doncaster as they lost to Papua New Guinea on a wet and windy night in Doncaster.

The Dragons needed a 22-point win to qualify for the quarter-finals and any hope of that deficit being overcome was quashed in the first 15 minutes.

A Nixon Putt try in the corner three minutes later, followed by another Martin goal, increased the score to 12-0.

Wales tried to fight back. Kyle Evans got close to making it three tries in as many internationals, but just failed to ground as he was diving on a loose ball.

Seconds after the restart, the Kumuls scored an outstanding try. Following the first tackle, Jimmy Ngutlik broke the Welsh defence and sprinted over 70 metres to the line. Martin goaled again.

Their fourth try came on the half hour. It was another good set near to the Wales line and as soon as Dan Russell got within scoring distance, he dived over. Martin kept up his one hundred percent kicking record to put them 24-0 up at the break.

It took seven minutes for PNG to increase their lead. Again, it was textbook stuff from the Kumuls and at the end of another good set, Nixon Putt dived over. Martin converted.

The Kumuls failed to scored again until the 77th minute and some of this was thanks to a Welsh defence that was determined to not let the score build. Kyle Evans was one hero, smashing Justin Olam as he looked for a way through.

Indeed Wales were looking for a try of their own. The closest they came was with 14 minutes to go when Ollie Olds laid a grubber through but no-one was there to pick up.

Wales kept pressing for that consolation try. After winning a repeat set, Kyle Evans again was nearly the scorer but couldn’t get a grip on the slippery ball as he was challenged when he dived for the line.

And from the restart, a length of the field set ended in Ngutlik scoring his second and Martin converting for the sixth time.

Wales regained the ball from kick-off and went on a final attack but to no avail and their World Cup was over.