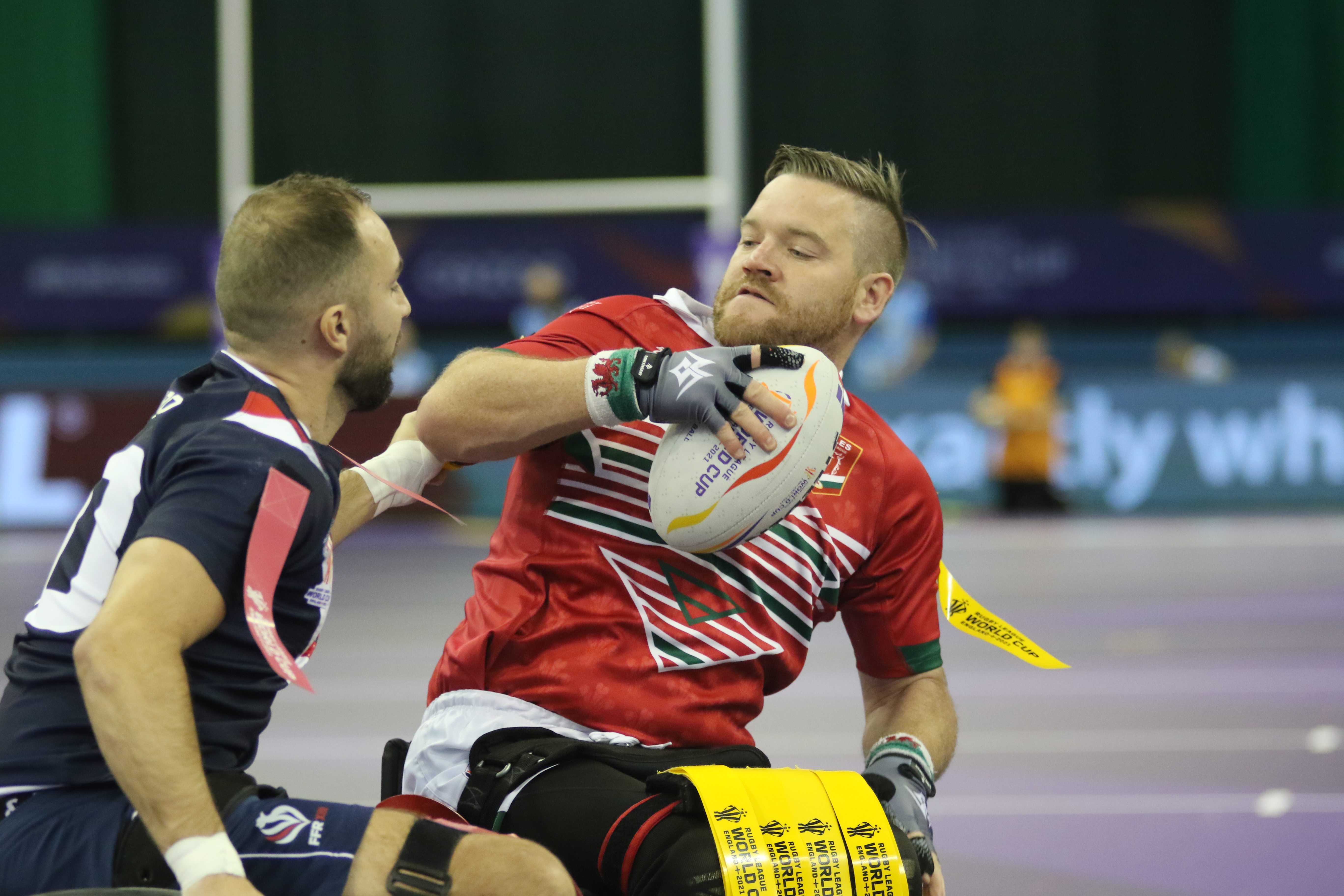 Wales Wheelchair head coach Stephen Jones has made one change to the side that will face USA in their second match of their Rugby League World Cup this Monday at the English Institute of Sport in Sheffield (kick-off 7.30pm).

Alan Caron will become the first Wales player to hit 40 caps when he returns to the side. Caron, heritage number one for Wales Wheelchair Rugby League, has only missed seven games since the side’s inception in 2012.

Jodie Boyd-Ward will also win her 40th international cap, and along with Caron, that’s an extension on their world records, with Boyd-Ward previously playing for Ireland and England before switching to Wales in 2019.

Wales will be looking to bounce back from their loss to France in the opening round and will face a USA side who will be full of confidence in their victory over Scotland on Friday, in what was the first competitive game of Wheelchair Rugby League for their players.

Jones said: “I wanted to see what Alan could bring to the USA game. I also wanted to give Lucie a rest this time. Even though she only played for 10 or 15 minutes against France, she worked really hard during that time and was hitting people left right and centre. So we’ll give her a slight rest and I’ve got a nice job for her during the game.

“I was very impressed with USA in their win against Scotland, especially as some have said this was their first game they’d all ever played. They were gutsy and took the game to Scotland from the first whistle to the last. It’s not going to be an easy game for us.”

Wales v USA kicks off at 7.30pm on Monday 7th November. For fans who are not attending, this game, along with all other Wales Wheelchair World Cup matches, will be broadcast live on BBC2 in all regions.