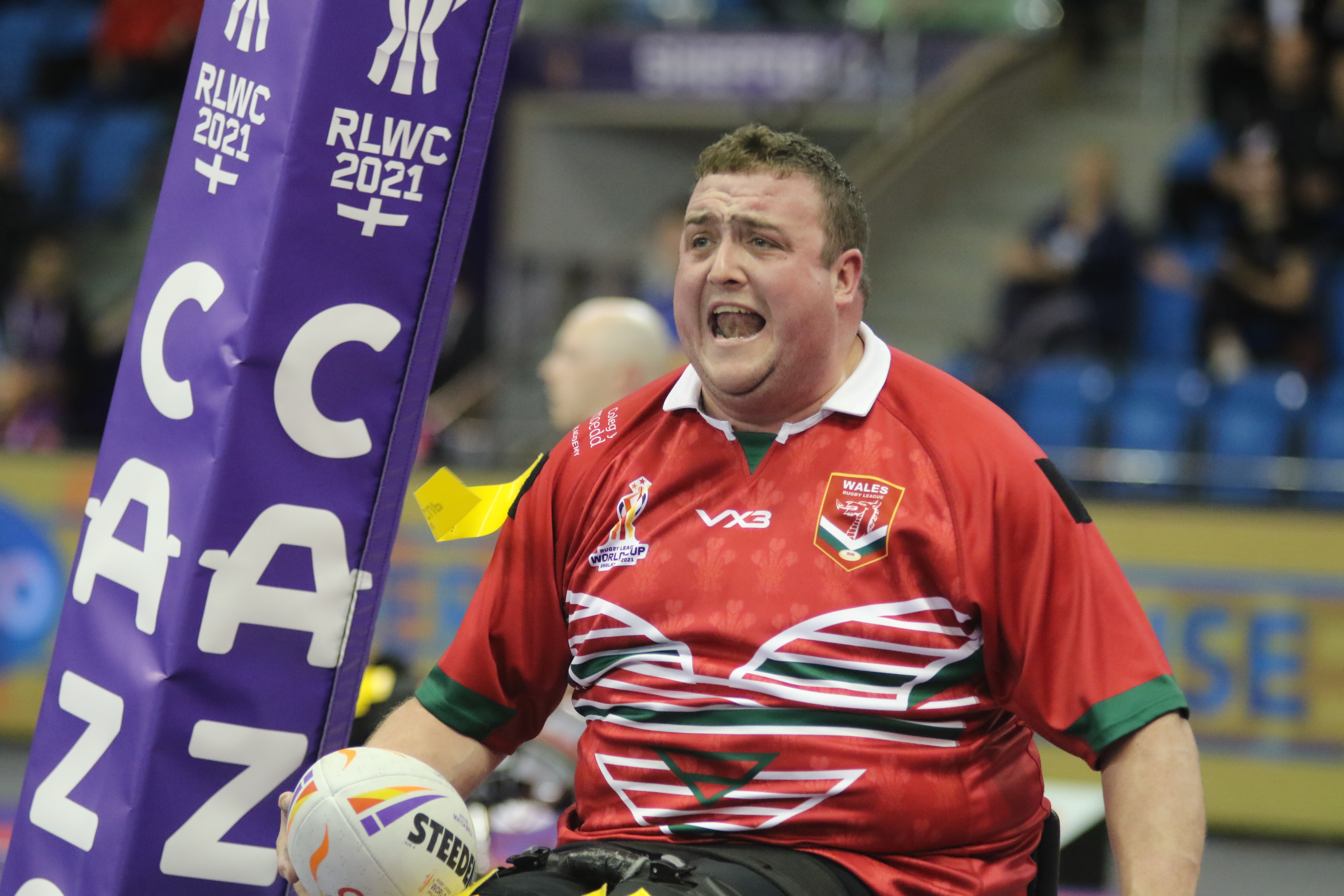 In one of the best games of the Rugby League World Cup so far, in all of its disciplines, Wales kept their semi-final hopes alive with a hard-fought and exciting 50-32 win over USA.

Wales now need to beat Scotland on Thursday afternoon (kick-off 1.30pm) to have a chance of qualifying for the semi-finals.

The Americans had the better of Wales for much of the first half, but when Wales sharpened their focus on the game, there was no stopping them.

Wales had the bulk of the early possession but were finding the US defence tough to crack. Handling errors didn’t help and USA took advantage, taking the lead when Jeff Townsend scored under the sticks on eight minutes. William Johnstone converted.

They extended their lead two minutes later. Gary Preece couldn’t collect from a kick and Mackenzie Johnson pounced to score under the posts. Johnstone couldn’t convert but Wales were 10-0 down.

Preece made up for it in Wales’ next attack by dodging the US nicely to score Wales’ first try. Stephen Halsey converted.

US scored next. Townsend outpaced everyone to collect a kick and score. Johnstone converted to put them 16-6 up.

Williams’ second of the game, his 61st internationally, levelled the scores. Halsey’s conversion gave Wales the lead for the first time, before going over for a try of his own and converting.

USA brought the score back to 24-22 when Matthew Wooloff scored and Johnstone converted, but after Williams completed his hat-trick and Halsey converted, Wales were 30-22 up at the break.

Harry Jones, again starting as sub, caused an impact just five minutes after entering play, scoring in the corner. Halsey couldn’t convert but Wales now had a two-try cushion for the first time.

USA fought back. Townsend completed his hat-trick by scoring in the corner but Micah Stewart couldn’t land the extras.

But it was Wales who were next over. Preece grounded in the corner but Halsey couldn’t convert.

Then Wales’ top points scorer Andrew Higgins increased Wales’ lead further with a try and goal. Scott Trigg-Turner followed him over, with Higgins converting to bring up the 50.

USA weren’t finished yet. Townsend sped through a tiring Welsh line for his fourth of the evening and Stewart converted to bring the score back to 50-32.

However Wales held firm to complete their thrilling victory.