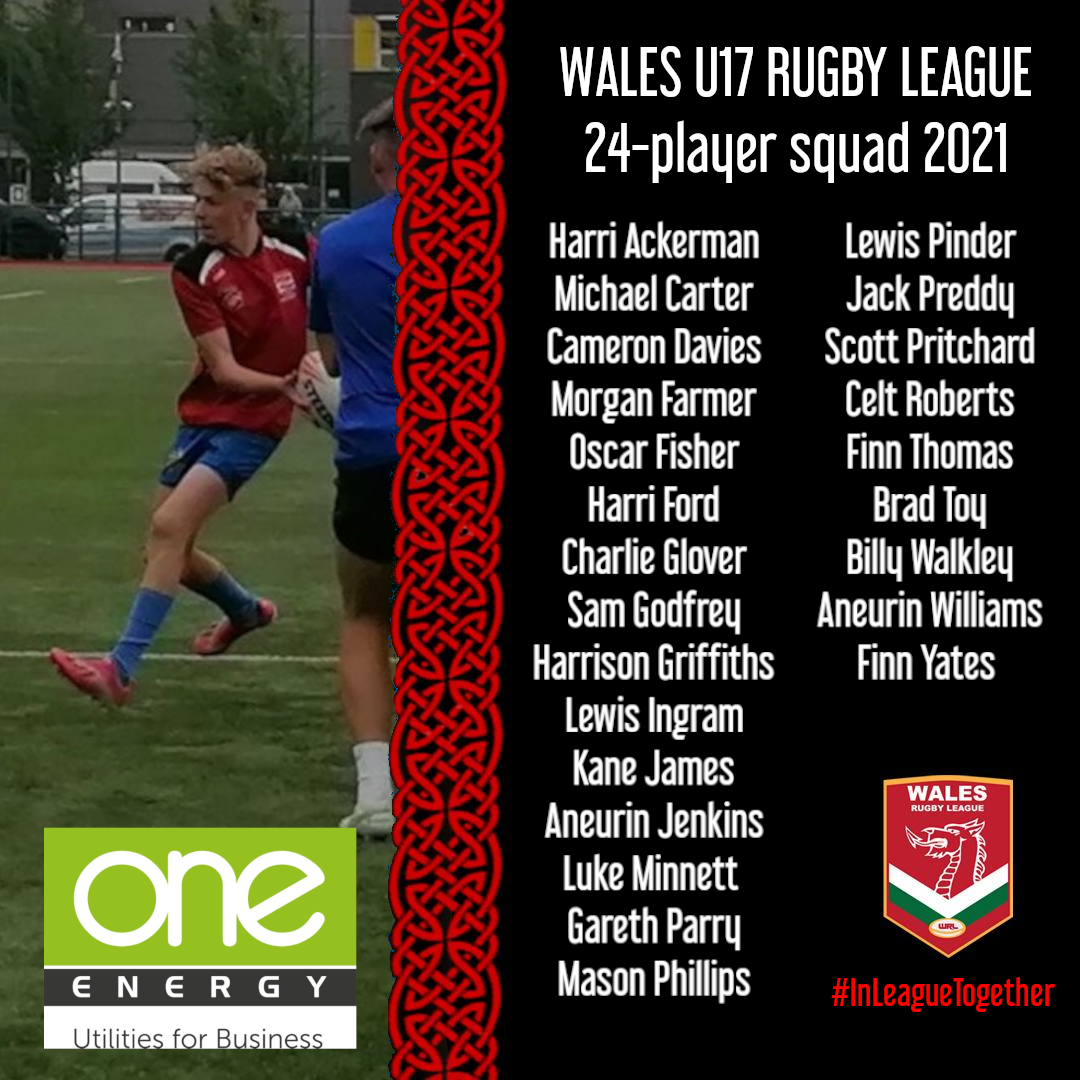 Wales Rugby League’s U17 head coach Paul Berry has named a 24-man squad that will prepare to face England in August.

It’s the first time that Wales have played a match at U17 level. Ordinarily it would be U16s but the age level has been increased for this year so players who missed out in 2020 due to the Covid-19 pandemic, which still get a chance to represent the junior international age-group.

Berry said: “Congratulations to all the players that have been selected in the final 24. We’ve selected a squad that has good balance and with plenty of quality across the board.

“There are plenty of players selected that have been part of the WRL pathway for a number of years which is testament to the development work in South Wales over the last few years and the strength of the community game now.

“The challenge for this group of players moving forward is to challenge each other for a place in the matchday squad for the test match against England in August.”