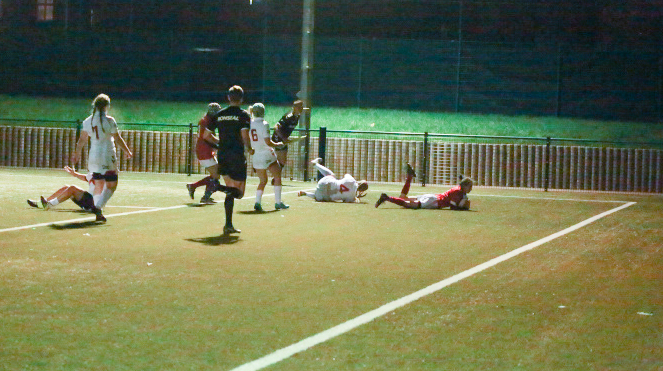 Wales Rugby League have proposed to England that they face each other in a double header later in the year to celebrate and honour the NHS and key workers in each country.

In addition, WRL CEO Gareth Kear has confirmed that if we are out of lockdown by the autumn and it’s safe to play travel and play rugby, then Wales will take on Jamaica in a double header in Cardiff, women and men, for the Billy Boston Cup on the weekend of October 17/18.

England men are due to take on Australia in a three-match series this autumn, whilst Wales are planning to face Ireland and Spain the European Championships.

However if the “Rugby League Ashes” between England and Australia, and the European Championships both don’t go ahead, Kear would love Wales and England to also meet in a women and men double header for “The NHS Cup”.

Kear said: “Hope is an important factor in life. We will have Rugby League this year, if it’s safe to do so. All of players in Wales are ready to go, whilst our men’s and women’s head coaches John Kear and Craig Taylor both fully support this and I’ve already made some initial discussions with the Rugby Football League.

“Let’s play for an NHS Cup and invite key workers in for free. This way, we can recognise the sadness of friends and loved ones lost, respect the sacrifice of so many, and then celebrate a new beginning.

“It would be a great occasion anywhere in England or Wales. Our women’s side beat England’s second string last autumn and they’re all in lockdown training now, and training hard. I know they’d like a stab at the full England side.

“Also, wouldn’t it also be good if the Wales and England Wheelchair sides could meet on the same weekend too and make the cup a best of three? At Wheelchair level, we got close to beating England last year and would love to take them on again.”

In addition to the support that a weekend like this would give to the NHS, Kear knows it would serve as big tests for the three national sides as they prepare for World Cups in 2021.

“We’ve men’s and Wheelchair World Cups to prepare for,” he said. “Plus the Emerging Nations competition for our women’s side. If we get back in play this year, we should be a really good few months. Our women’s side are also hoping to play more games and our Wheelchair side could have the Celtic Cup and a test against Australia.

“If there is no rugby league in 2020, that would be a body blow for sure as we’re still preparing well behind the scenes. Already over 500 players have registered in preparation for the season and if we do get going, we could see over a thousand different players play rugby league in Wales in 2020. However we are a resilient lot and if lockdown continues because it’s not safe to restart then we’ll adapt and be ready to go next year.”