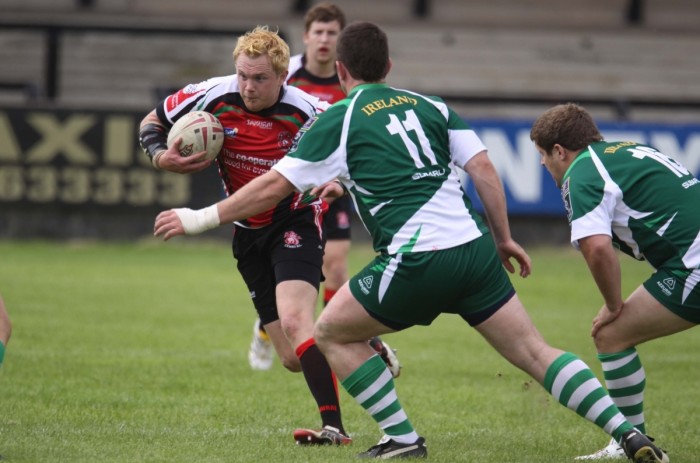 This Saturday (9th May) marks one thousand days since former dual-code rugby player Scott Bessant was found with severe life changing injuries near a bridge in Abersychan near Pontypool, in which his family still believes was no accident.

The former Wales Dragonhearts rugby league international is lucky to be alive, but he has been left permanently brain damaged and is living in a care home.

Last month, the family had a scare when he was taken into hospital with a chest infection and a temperature and was tested for COVID-19.

“After seven days in hospital having tests and in the fantastic care of the NHS, he’s now back at the care home. It’s so hard for everyone at the moment not being able to see him and heartbreaking for his two children.”

For over 950 days, Scott’s parents, Howard and Jackie, didn’t missed a day in visiting their son, until everything went on lockdown.

Sian continues: “All our mum and dad want to do is see their hero of a son. Their love and dedication is truly inspirational.

“It’s nearly three years since that horrific night, but as a family, we’ll never give up. We’re now in talks with local authorities to have our sister Rachael’s home adapted for Scott’s complex needs, but due to COVID-19, things have been put on hold.

“As a family we are praying we will get the go-ahead soon so we can bring Scott home where he belongs, and care for him in the family surroundings that he’s always been used to.

“A big thank you to all of the staff at the Royal Gwent Hospital for doing everything they can for him and everyone right now. Keeping us updated has truly has meant so much to us. You’re under all the pressure but you still found the time to let us know how he was and that truly means a lot. We are forever grateful for what you do for us.”

Bessant, who turns 37 next month, won six caps for Wales Dragonhearts, the representative side of the community game in Wales, between 2008-2010, scoring two tries in the 2008 campaign as he helped Wales to Community Four Nations victory. A player for both Newport Titans and Torfaen Tigers, he also coached both clubs.

Now, he remains unable to communicate with his own family and cannot walk or talk. Following the incident, he suffered multiple fractures to his skull, a fractured neck, broken ribs on his entire right side, a fractured pelvis, and has had multiple strokes.

Throughout the last thousand days, there have been fundraisers to help Scott, his family and for his continued treatment at care homes, via the NHS and for his further needs.

Now, Wales Rugby League have put up the last of the signed copies of their historical publication “100 Months of Rugby League in Wales” up for auction on eBay.

The publication is 152-page heavy quality printed on HQ gloss with articles on how rugby league in Wales developed in the 2010s.