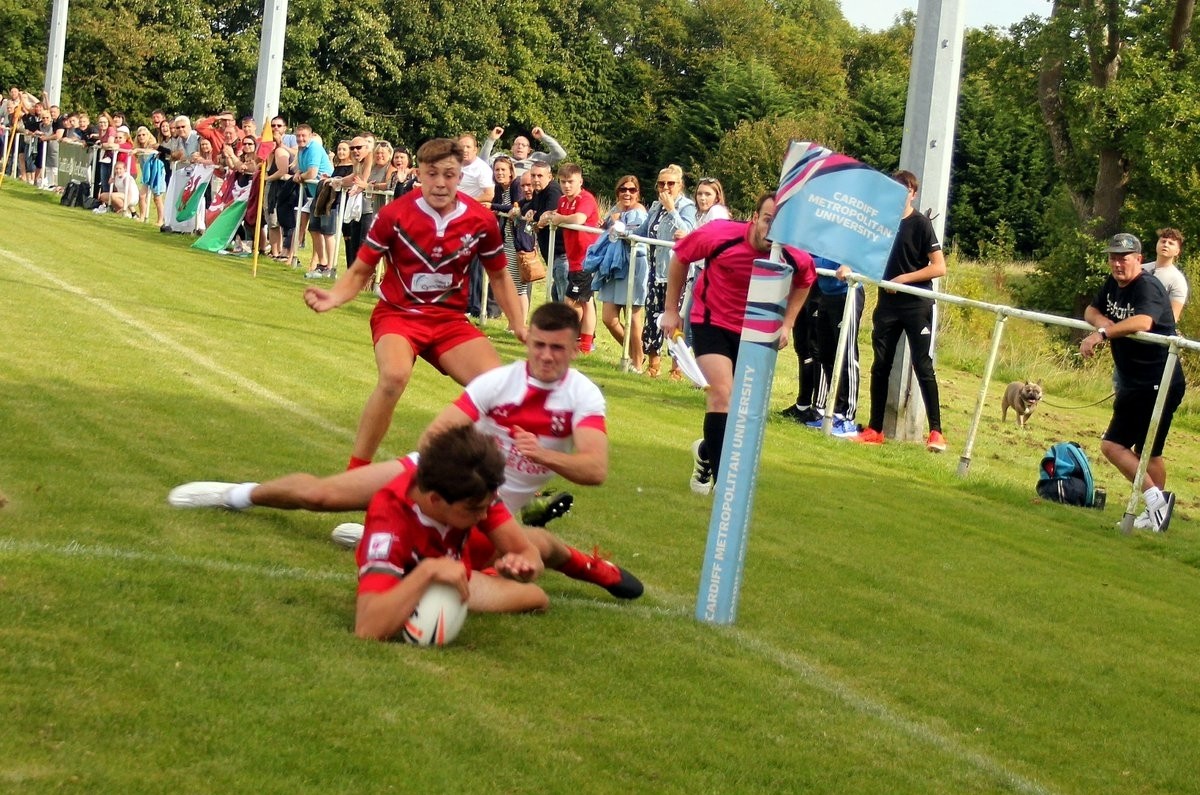 Nine of the 17 players in the Wales side on Saturday were under 15, which makes their historic 18-10 victory over England in Cardiff all the more remarkable, especially as they were up against a side that contained 14 players who are in Super League club’s academies.

Thair said: “The game was a marvellous advert for the sport and the talent on show from both sides was immense, however the result is remarkable given the difference in investment levels, systems and pathways between the two nations.

“Wales is small in size, however large in heart and even bigger when it comes to sporting talent. The sports authorities and elite clubs must now take note that Wales remains an outstanding player pool for the sport of rugby league.

“Investment is now the key to making this succeed. Super League clubs must invest by taking chances on young Welsh players and the sporting authorities must invest in Wales to ensure this young talent continues to come through the system.

“Young players in Wales are now enjoying playing more Rugby League than ever before, however our school and club programmes only begin at under 12s, where as in England it is under 7s.

“The seasons are much longer in England and by the time players reach 16 years of age they are likely to have a lot more training sessions and games under their belt. They would have also enjoyed the luxury of being involved with elite player scholarship systems with Super League clubs for a couple of years.

“The differences in experience levels for the under 16 international this weekend were immense and that alone makes the win an outstanding achievement. England had players of honed talent whereas Wales raw talent in terms of playing rugby league. Great talent but raw nonetheless and this makes it so exciting for all the scouts. A player of honed talent will improve at marginal levels however clubs are more likely to see significant jumps in performance levels after taking someone of raw talent.”

Thair is looking forward to the Rugby League World Cup in Australia, Papua New Guinea and New Zealand, which starts next month, and he knows that Wales will once again have a squad whereby over half of the players will have been developed through the Wales Rugby League system before first team.

“Welsh talent is shining at the moment,” he said. “We began the season with Ben Flower and Rhys Evans helping their clubs beat their NRL counterparts in the World Club Challenge games, showing that we have world class players. Young Welshman Regan Grace then made one of the most impressive Super League debuts ever for his club St Helens.These three players along with many other professionals started their Rugby League in Wales and we urge clubs to continue to take the chance on recruiting Welsh talent, for the good of the club and the international game.

“We have over 60 Welshmen playing throughout the three professional leagues of the sport, however quality is still in abundance at the beginning of the pathway. Ysgol Gyfun Gymraeg Glantaf from Cardiff were once again crowned UK Champion Schools winners last month after beating MirfieldSchool in the Year 9 Final. This Glantaf school team has only been beaten once in three years of playing the sport.

“We have a system in Wales to bring through players from 16 to 21 years old and this is developing all the time however this is poor in comparison to a Super League club. St Helens had to take Regan Grace from our system at 17 and gave him a Super League debut at 20 years of age. Players who remain in Wales will come through and play for North Wales Crusaders or South Wales Ironmen in League 1 and whilst they are competitive the teams are not challenging for Super League.

“Yes we want players to remain in the system in Wales however at the same time we also want elite clubs to take on as many Welsh players as possible. The talent is here in Wales however it has to be nourished. Everyone involved in Wales Rugby League should be extremely proud of what is taking place in Wales and we continue to plan for a brighter future.”