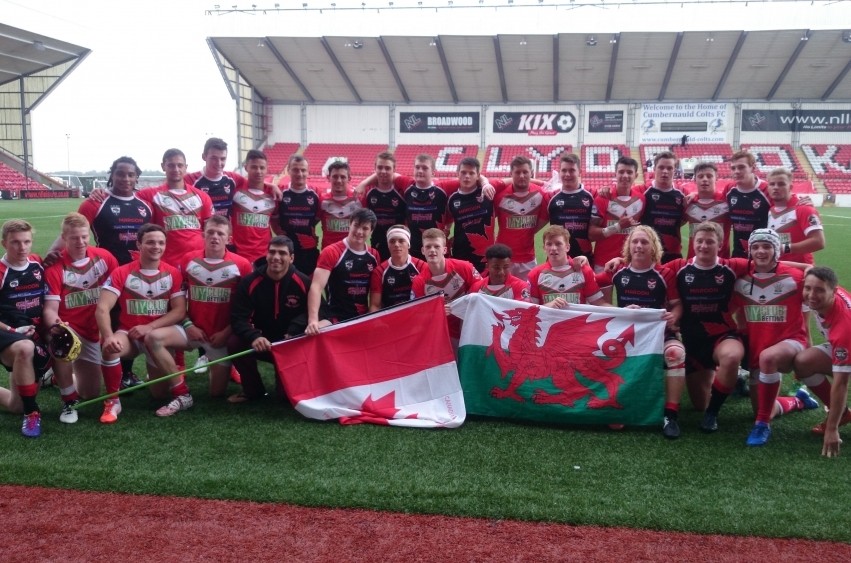 Wales put in a dominating second half performance to beat the plucky Canadians to the Bronze Medal in the first ever Rugby League Commonwealth Championship.

Canada had already won plaudits by beating England 24-4 on day one, consigning the English to sixth place in the competition, and they almost overcame Wales as well.

Canada lost the ball from the first set after kick-off and Wales didn’t waste the opportunity. Curtis Davies laid off to James Taylor who scored in the corner. Paul Edwards missed the kick.

After repeat sets and a scrum, Canada struck back as the ball was played the ball over to the wing for Matt Gallagher to score.

Then a 50 metre clean break from Cole Keffer put Canada in the ascendancy giving them an 8-4 half-time lead.

However the second half, although still hard fought, belonged to the Welsh.

Marcus Webb struck first with a 40-metre run down the wing. Ben Jones converted to make the score 10-8.

Then came one of the tries of the tournament. James Taylor picked the ball up on his own 10 metre line and the former Ospreys academy player went on a 90 metre run going past the whole Canada side and avoiding a number of tackles from the chasing Canadians to score. Jones converted again.

Finally, Alex King chased a chip kick and outran the exhausted Canada side to seal the win.