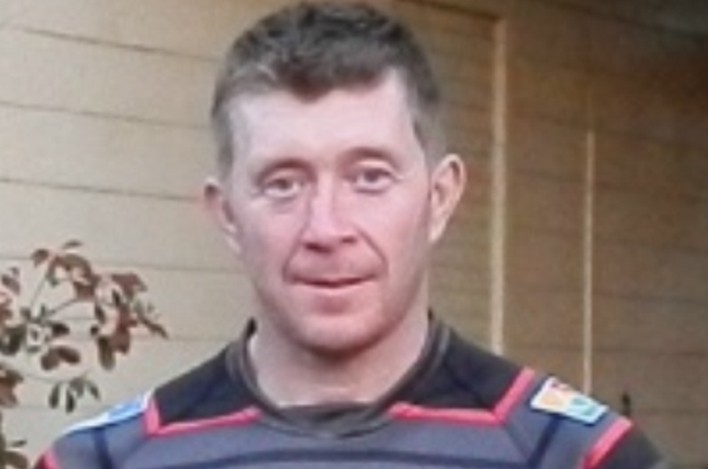 Thomas, one of the younger Masters at 40 years of age was born in Caerphilly, playing rugby union for his home town club. After leaving the Royal Engineers, where he was first introduced to Rugby League, in 2003, he took up a teaching post in Chatham, Kent, where continued to play union. He took up Masters Rugby League in April 2011 with Medway Dragons. He has not looked back, playing Masters RL around the UK.

Chris has now moved back to my birth town in South Wales hopes to establish a Masters Rugby League team there.

“I was honoured to play for Great Britain against the Australians,” Chris enthused “It is certainly one of the highlights of my sporting caree.!”

Masters Rugby League is a social version of Rugby League for those who are 35 and over and who want to continue playing for fun. The emphasis is on enjoyment and skill as well as making new mates. Age groups are denoted by short colours which also indicate the type of tackle permitted. No records are kept of winners or losers with the most important rule of the game being every player must buy a drink for their opposite number after the game.

Crosfields ARLFC in Warrington hosted not only the two international teams but also players from 12 clubs sides for a celebration of Masters Rugby League. Great Britain players were presented their shirts by former GB star Paul Sculthorpe.

The international kicked off the day in front of an enthusiastic crowd, both Great Britain and Australia played expansive and entertaining Masters Rugby League. However, defences were on top with Gold short players proving decisive on many occasions. Thomas was prominent in probing the Australian defence but as the half time whistle blew no tries has been scored.

The second half was again very lively following the pattern of the first. It was going to take a piece if pure skill and speed to see a try scored. And so it was that Ken Broadfield of Leyland Warriors took the ball to the Australian defensive line and slipped a well-timed pass the Cumbria’s Richard Postletwaite who outpaced the chasing defenders to score under the posts. Although the Australians kept attacking and the ball moving they could not break the British defence.

The final whistle blew, the match as always officially a 0-0 draw, ended with players embracing and swapping shirts, ready for a refreshing beer. Shaun Vosper was the GB Managements’ Man of the Match for Australian with Gary Nugent of Leeds Masters picking up the GB award. The Australians’ Man of the Match went to Crosfields’ Peter McGuinness.

Crosfield supporter Mike Donnison and Istanbul BBQ in Chester provided all the post-match meals for the international players and the whole Australian touring party!

The Australians’ final game of the tour is at Medway Dragons, Kent, on Tuesday 15th July with a 7pm KO.