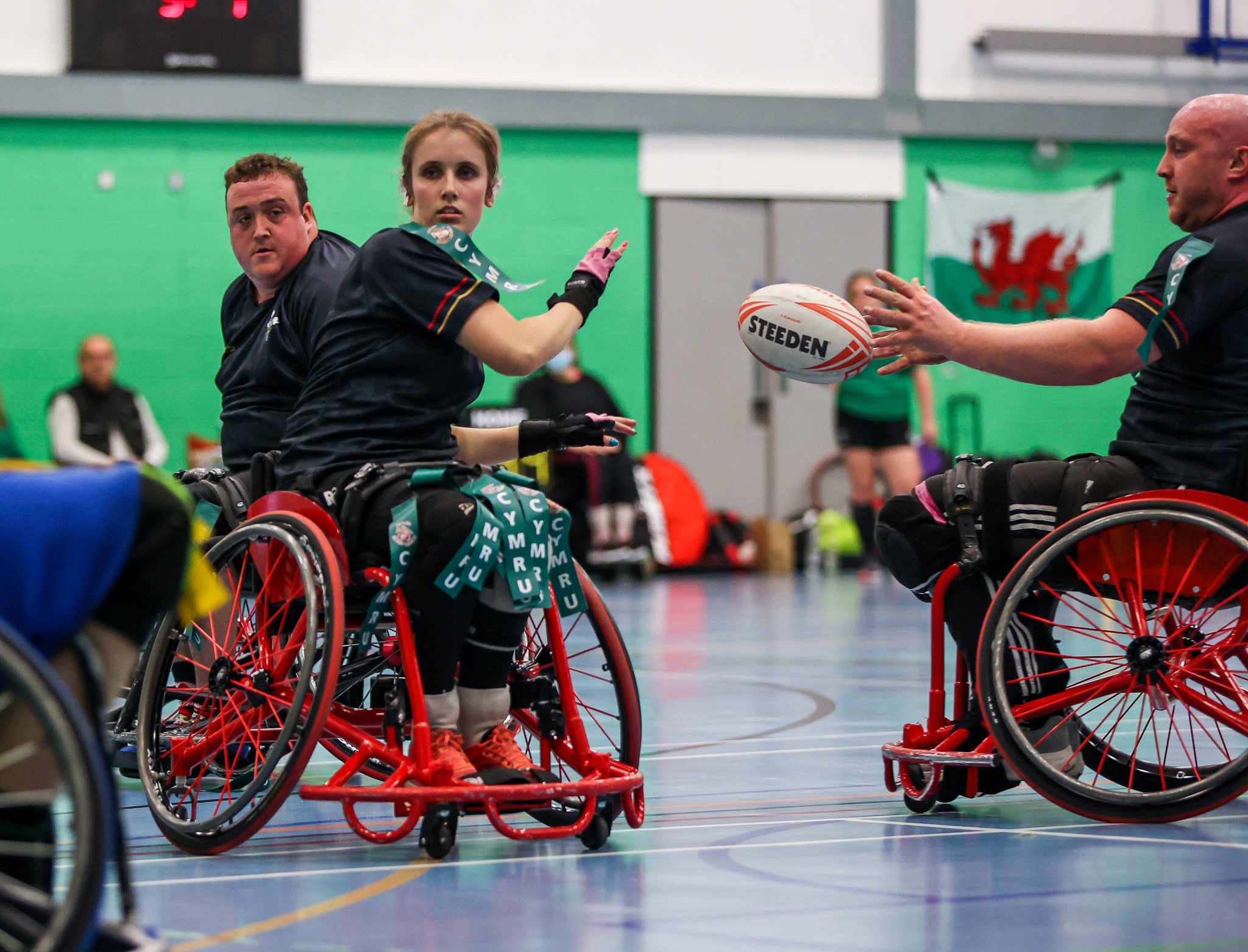 Wales Wheelchair head coach Stephen Jones has confirmed that no injuries were picked up in the 67-52 warm-up win over Ireland last Saturday, so the 12-player train-on squad that was named last month is confirmed as the actual squad for the Wheelchair Rugby League World Cup.

The victory was Wales’ seventh in the last eight matches and Jones’ side will now go into their final World Cup warm-up match – which is against Australia in Cardiff on October 29th, full of confidence.

That performance delighted Jones who says he will now debrief and talk to the whole squad before they face Australia at the end of the month.

“It was a good hit out to take into the World Cup, but credit to Ireland who have improved so much,” Jones said. “It was a great team effort from us, especially as we had four players missing. I’m thrilled for Mason Baker who came on as a technical substitute and scored his first ever international try, Stephen Halsey’s kicking was on point, Jodie Boyd-Ward had a great game and Stuart Williams was selected by Ireland as our player of the match. It’s hard to pick one player of the match as they all contributed.

“We’ve got one more warm-up against Australia to go now before the World Cup. There are more positives then negatives coming out of the Ireland game. We now have to look at them, and see what we do best and make sure we control the game.”

Wales take on Australia in Cyncoed, Cardiff on Saturday 29 October (kick-off 2pm) in the first ever Wheelchair international to take place in the South of Wales.

Wales’ Rugby League World Cup campaign then begins on Friday 4 November when they take on France at the English Institute of Sport in Sheffield (kick-off 11am). The other group matches follow at the same venue, against USA on November 7 then Scotland on November 10.

Should Wales reach the World Cup Final on November 18 in Manchester, then this will be their 50th test match.

Click here for details of the coaches and staff.