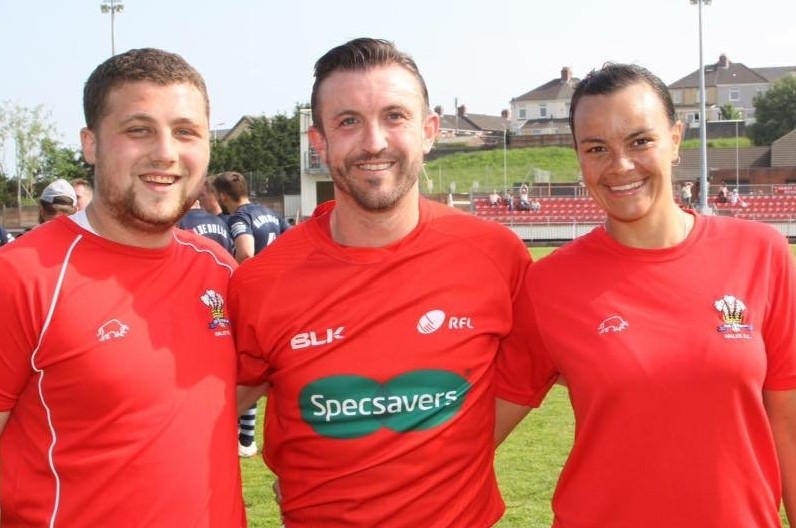 Jones has been in the WRL then RFL system for the last four years after transferring over from rugby union and has worked his way up the community and junior refereeing ranks to be able to take charge of his first competitive professional game after refereeing the South Wales Ironmen v North Wales Crusaders friendly matches earlier this year.

The hope is now for Jones to move up to Super League then be able to become Wales’ first ever referee at the World Cup when it comes to England in 2021.

The Bridgend-based official was formerly ranked as the second best referee in Welsh Rugby Union but decided to give the 13-man game a try after the number of full-time officials were cut in that organisation.

His last two seasons in union saw him refereeing top level games in the European Cup, French League, Celtic League and English Premiership – all of these being Super League standard of competitions. He also refereed over 100 RU Sevens games including a World Cup, and he was told that he would have been given the Final in 2009 had Wales not been in it.

Amongst his highlights was refereeing Saracens v South Africa at Wembley Stadium in 2010, as well as taking charge of first class matches at the Welsh regions and in other places like Ulster, Munster, Leicester, Newcastle, Bayonne and Toulon.

He said: “Bianca Zietsman and I have been working hard to promote refereeing in Wales. We both been given our opportunity in the RFL ranks and we hope that many will follow.

“There are still four years until the 2021 World Cup in England and I know that the RLIF want to see nations develop their match officials as well as the players. I hope we’ll see an influx of new officials that can qualify and referee and pro level in the UK, which could eventually lead to international call-up.

“But that’s some way off. Right now I’m over the moon to be refereeing Oxford v Hunslet which is looks like it’s going to be an outstanding game.”