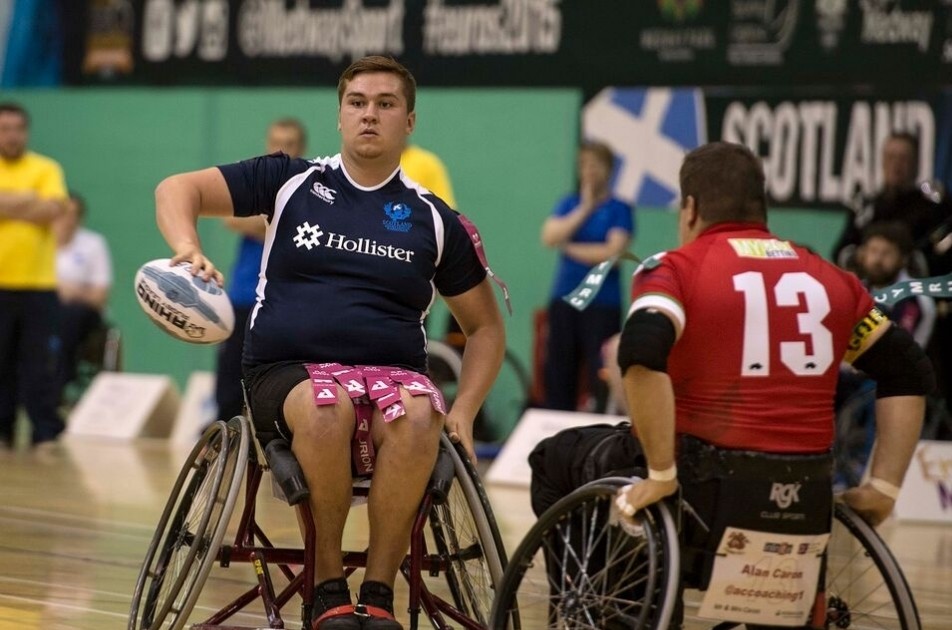 Some people may take a second look when they see that North Wales Crusaders have beaten Hull FC 84-44 in an open age Challenge Cup game but that’s exactly what happened on Saturday afternoon in Wrexham.

However this wasn’t the running form of Rugby League, it was in the Wheelchair Challenge Cup, which is as close as possible to the running game, with tries, conversions and drop goals that can all be potentially scored.

In this match, Andrew Higgins led the way for the Crusaders with five tries and 11 conversions, the extras attempted by the player punching the ball at the sticks from a waist-high tee.

Harry Jones, on his 50th game for the Crusaders, scored four tries and converted once and captain Stuart Williams helped out with a hat-trick of tries.

Paul Southall added two tries with Lucie Roberts, this version of the game being played by men and women in the same team, adding one try.

Crusaders coach Steve Jones said: “We very strong first half – we came out of the blocks fast and hard, scoring the first try 25 seconds in. We were already 56-10 up at half-time, so the second half saw us play a lot of our development players, giving everyone some court time but trying to keep some continuity despite the numerous substitutions made. Overall it was a very good day for us.”

Some of the Crusaders players will be taking part in the Wheelchair World Cup that will be played in France in July. For information on how to support them, please email team manager Mark Jones on maj.jones58@yahoo.co.uk.