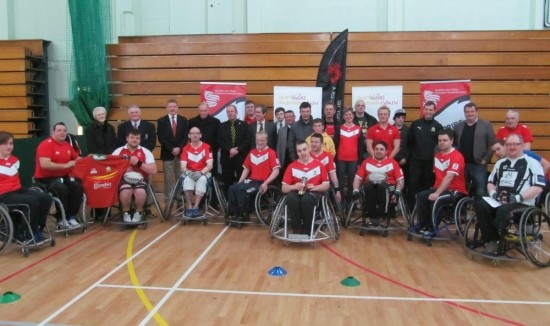 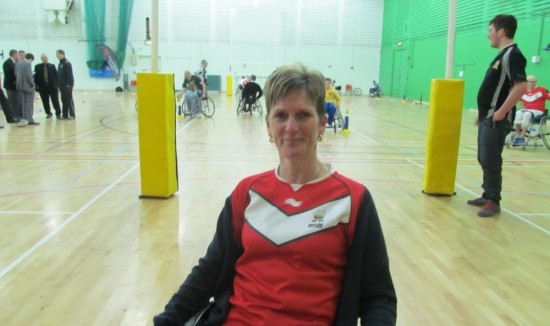 With little more than 200 days to go until the RLWC2013 kicks off at Cardiff’s Millennium Stadium, the recent Easter period has been a busy time for North Wales Crusaders and Wales Rugby League. Firstly, on Friday March 29, we had a very successful and enthusiastic launch for NW Crusaders’ ground-breaking Wheelchair Rugby League team, the first of its kind to be established in Wales, the brainchild of club director, Bob Wilson.

I went along to support the event, together with other Cru fans and distinguished executive members of both NWC and WRL. I have to say it was totally awesome and such good fun. Everyone who attended jumped in a chair and loved it, some refusing to get out again!

WRL president Mike Nicholas fancied himself as Danny Zuko at Thunder Road and requested blades on his chariot, obviously need to keep an eye on our president. I urge you all to get along to Deeside on a Friday night and give it a go, you may even be good enough to join the team and become a part of their World Cup in Kent later this year.

There were members of the Wales Wheelchair RL team there too to give some coaching and general encouragement and it was a real eye opener to watch them play the game, they’re all completely nuts and give a whole new meaning to the term “smash ’em”! I imagine that instead of a physio on the touchline they will need a welder and wheelchair mechanic.

A few days following this, on Monday April 1, the Championship One league kicked-off with the very exciting Welsh Derby at The Gnoll between South Wales Scorpions and North Wales Crusaders, once again televised on Premier Sports nationwide.

Of course I was in attendance, supporting the Gogs, and had the honour of a prematch RLWC2013 Ambassador photo with both captains, Joe Burke and Andy Moulsdale. It may have been a very chilly day in Neath but we were all warmed by a great game and a great advert for Welsh rugby league which was televised to the nation on Premier Sports.

The more experienced Crusaders came out on top but Scorpions’ young and passionate team put up a good fight and the away fans were kindly invited into the club after the game for the coaches’ post match round up. We all look forward to the return match for the last game of the season!!

And on a Scorpions note, I’m sure we all wish high flying young half-back Ollie Olds every success in Oz, what a fantastic achievement for rugby league in Wales.

And last, but most certainly not least. Last week saw the official launch of RLWC2013 in Wrexham with Welsh rugby legend and RLWC national ambassador, Gareth ‘Alfie’ Thomas. Organised by NW Crusaders I was invited along and was enamoured by his patriotic enthusiasm for the national game.

He spoke fondly of his time at Celtic Crusaders and Wales Rugby League and still considers Wrexham as his ‘second home’.

He said: “Wrexham was a place more than anywhere else where the fans embraced the team. When times were difficult with the Crusaders team and we didn’t know if we would even be paid, the fans really drove us on.”

He urged the town to come out in force and support this tremendous global sporting event and show the world that we deserve more tournaments like it here. “Wales could, potentially, get to a quarter final, which would be an amazing achievement. They could play against Australia in Wrexham, which is a massive incentive.”

If North Wales can show just a little of Alfie’s patriotism and unbridled passion for our game then I am confident that we can do this. Get behind your country, your game and your team and let’s show the world what we are made of.

WHEELCHAIR rugby league has got off to a great start in Wales after the launch of the national side that will compete in the World Cup in June and the North Wales Crusaders side.

The Crusaders played their first match at Deeside Leisure Centre against Swindon on Saturday and came away with a handsome 26-6 victory.