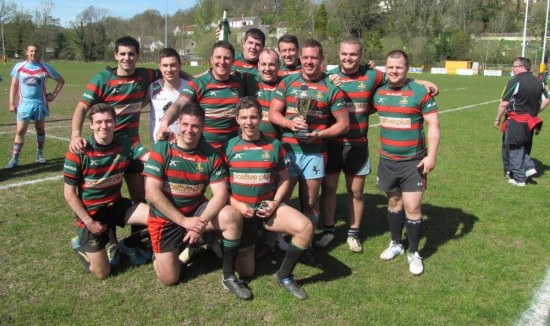 The Cougars fielded two teams in the tournament, with the sides meeting in the semi-final of a tournament that everyone present said was an overwhelming success thanks to the work of Wales Rugby League National Development Manager Mark Jones.

Six teams entered the competition which saw Borderer Boars and Cardiff Spartans enter the South Wales Conference for the first time. The South Wales Scorpions also entered an Under-20 side who reached the final to play the Cougars A side, while Newport Titans reached the semi-finals as well.

Cougars A ace Matthew Powell was crowned the Player of the Tournament after a great all-round effort throughout the day which culminated in two tries in the 22-10 final victory over a gallant Scorpions side.

Straight from the kick-off of the first match of the group games, there was plenty of excitement. The Cougars A side came from behind to beat the Titans 18-14 as the clock ran out on the Newport side when they were in with a chance of victory.

The Scorpions did well to beat the Cougars B side 16-12 before the Cougars A side grabbed the first semi-final place as they were taken to the wire by a brilliant effort from Cardiff Spartans, playing their first game in the Conference family, by 18-12.

The Boars and Titans fought out a thrilling 22-22 draw which saw the lead change hands three times in the 15 minutes match before the Scorpions side dominated the Spartans in the final group game to win 32-4.

So the first semi-final saw an all-Cougars clash with the A team running in seven tries and seven conversions against one from their B side colleagues for a 42-4 victory. And the Scorpions youngsters won 24-0 against the Titans to progress to the final.

The Boars scored four times against the Spartans in their consolation clash to win 20-4 before the final where the Cougars A side had more strength than their younger counterparts for a 22-10 triumph.

It was the first time that the McRorie Nines had been held in three years and, it was said, one of the best of recent memory.