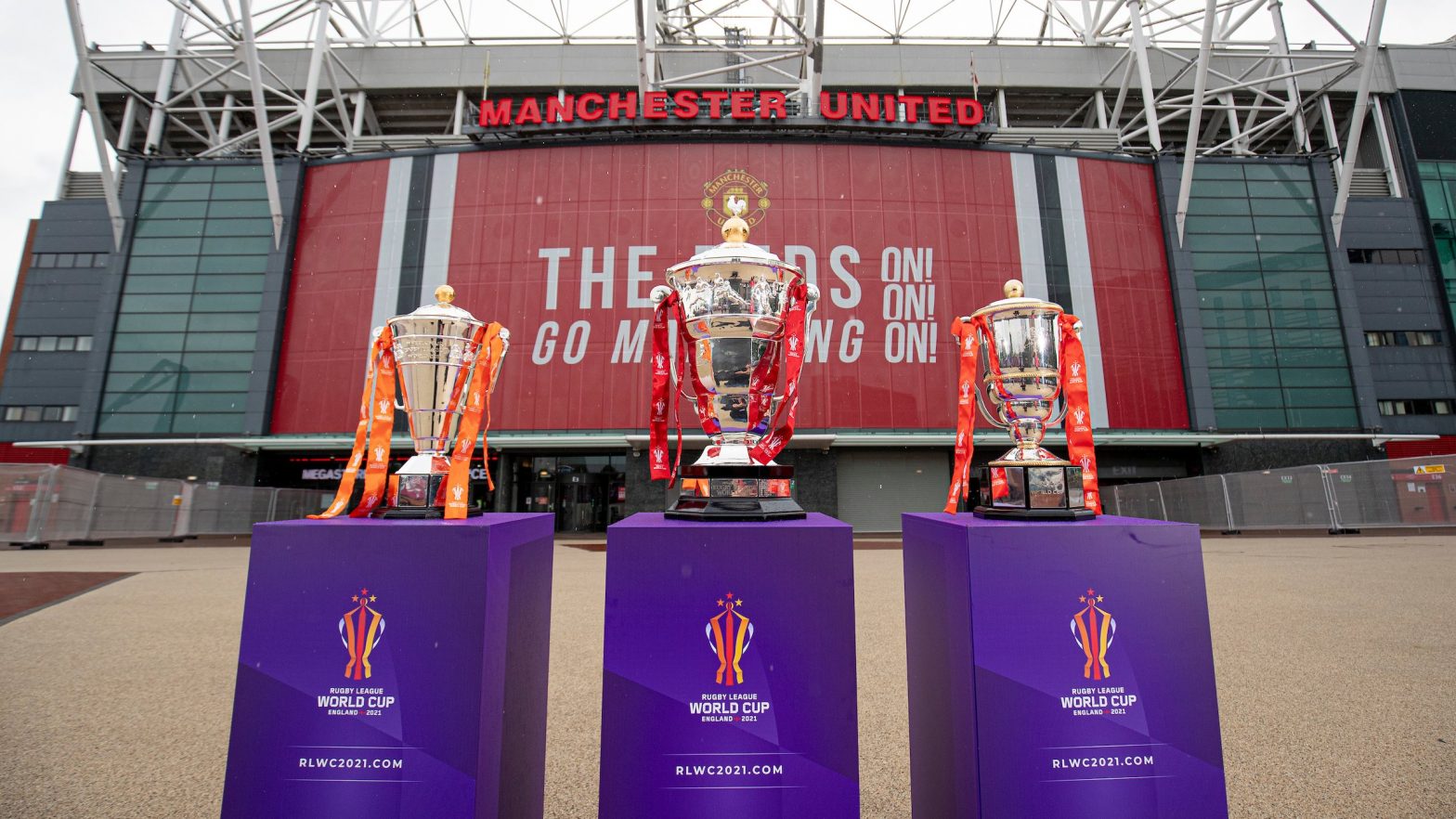 All 32 teams across the 21 nations participating in the men’s, women’s and wheelchair competitions have fully committed to the tournament which will kick off on 15 October at St James’ Park, Newcastle

General admission tickets and hospitality for all 61 matches will go on sale from 9am GMT on Friday 19 November via: rlwc2021.com/tickets

The road to the rescheduled Rugby League World Cup 2021 (RLWC2021) officially begins today (15 November) as organisers confirm the 61-match schedule will be revealed in full on Friday 19 November at 9am GMT.

In recent weeks, organisers have worked collaboratively with all tournament partners to finalise the 61-match schedule which will kick off at St James’ Park, Newcastle on 15 October 2022 when England men take on Samoa men. The tournament will then culminate in spectacular fashion at Old Trafford, Manchester on 19 November 2022 with the men’s and women’s double-header final.

In a unique and busy year of international sport and events, staged both domestically and overseas, only five RLWC2021 fixtures (four match-days) have been affected during the rescheduling of 61 matches staged at 21 iconic venues, across 18 host towns and cities.

These changes are the switching of two fixtures between existing venues and the movement of two events to alternative venues.

Despite collective best efforts this has resulted in the disappointing loss of both Anfield Stadium and the M&S Bank Arena, Liverpool from the schedule due to the Anfield Road expansion and prior commitments respectively. However, Liverpool will still play a key role during the tournament with the city providing the training bases for Italy and Tonga. The details of the venue switch and replacement venues will be revealed this Friday, 19 November.

All 32 teams across the 21 competing nations participating in the men’s, women’s and wheelchair tournaments have fully committed to the tournament in 2022. In addition, organisers can also confirm the re-introduction of the Physical Disability Rugby League World Cup, hosted in Warrington, which will welcome Ireland as a sixth participant.

General admission tickets and hospitality for all 61 matches will be back on-sale from 9am on 19 November in line with the full schedule reveal. For all the latest tournament news and ticket information sign up: rlwc2021.com/signup

Fans who have purchased tickets for the small number of revised fixtures will be contacted with information on what will happen next with their tickets. A dedicated refund window will be available from Wednesday 24 November to request refunds.

In unprecedented coverage in the UK, the BBC have reaffirmed that every minute of all 61 RLWC2021 matches will be shown live and free across their platforms.

“For everyone involved in this trailblazing tournament, today is a very important and exciting milestone on our journey to 2022.

“We have suffered a setback, but since that moment in August we have dedicated all our energy towards rebuilding.

“A huge amount of work has gone in behind the scenes and thanks to so many people we have the opportunity to deliver a bigger and better tournament next autumn.

“I want to thank all partners, in particular the UK Government, our broadcast and commercial partners, the administrators of the competing nations for their full commitment, as well as our host towns, cities and venues for providing the perfect stage for the best players in world to shine.

“I also want to extend a special thanks to the incredible number of loyal fans who held onto their tickets and have continued to support this event that will see the men’s, women’s and wheelchair tournaments take place simultaneously for the first time ever.”

“Rugby league means so much to many people across the country, so I’m delighted

the Rugby League World Cup is on track to kick off next autumn.

another fantastic opportunity to showcase our towns and cities, and to inspire our young

people to get involved in sport.

“The Government is a keen supporter of rugby league, and we absolutely can’t wait to host the world’s best teams in what is set to be a bumper year of sport and culture in 2022.”

“Everyone appreciates that international Rugby League has a huge part to play in the future growth of the sport and the tournament is something the world of Rugby League can now look forward to with great excitement.”

“The IRL would like to thank RLWC2021 Chair Chris Brindley and CEO Jon Dutton as well as the wider RLWC2021 team for the thorough and time effective response to postponement and with the full schedule to come this week players, administrators and fans can start to plan their role in creating sporting history.”