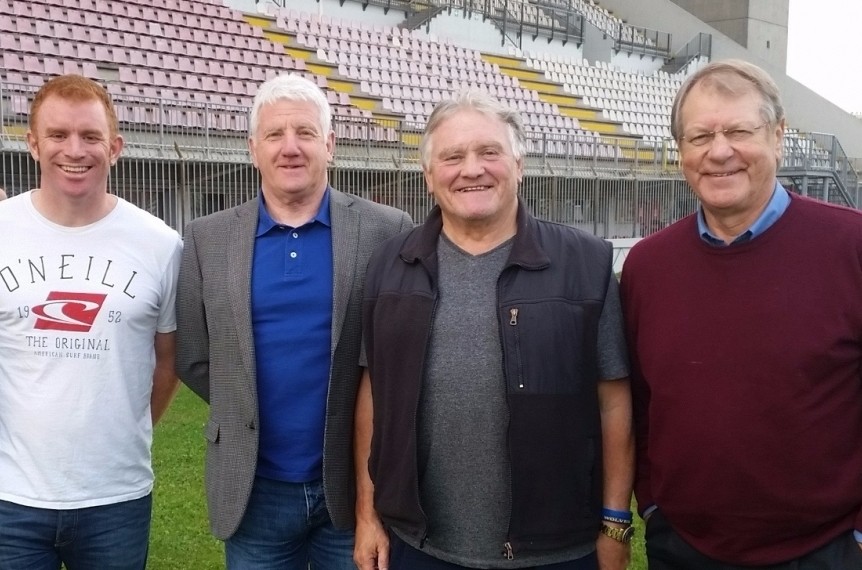 Wales Rugby League have congratulated their board member John Richard Heaton “Dick” Greenwood after being awarded an OBE on the Queen’s Birthday Honours list.

The 75-year old was given this award for his services to National and International Rugby which includes the work he currently does with Wales Rugby League.

A volunteer with Wales Rugby League, he has contributed significantly since being elected to the board 26 months ago. Colwyn Bay-based, he is also the chairman of Rhyl and Prestatyn Panthers RLFC, developing the junior section, coaching at under 16, under 12 and under 10 levels.

Greenwood is also well-known for his charitable work. He is a driving force behind Wooden Spoon – the children’s charity of rugby, aiding physically, mentally and socially disadvantaged youngsters throughout the British Isles – since 1994, first as a fund-raiser and latterly as an ambassador. In addition, he has raised thousands of pounds for seriously injured rugby players in North Wales since 2012.

Greenwood said: “I’m a rugby man and rugby has been my lifelong passion. It is a great team game, so I am above all a team player, and my debt is to all my team-mates who have supported me through the years.

“It’s all the people I’ve played with and worked with over all these years who have acted as the enabling factor, which is a source of great joy and pride to me.”

WRL chairman Brian Juliff said: “This is a well-deserved recognition for Richard after his years of selfless hard work and commitment to so many excellent causes.

“Richard is an enthusiastic volunteer who is always prepared to roll his sleeves up to give drive and direction towards achieving a successful outcome. We are very thankful to have Richard supporting WRL as an active board member.

WRL chief executive Chris Thair said: “I’m delighted for Dick, his family and this tremendous honour befits a wonderful man. Due to his intellect, skill and dedication, Dick has led such a remarkable life that is well documented however it is humility and lovely selfless values that make him truly standout.

“This is the ex-England rugby union captain and coach who having resided in North Wales for many years, knew it would be a great idea to push rugby league in his home town after efforts were made to start a North Wales League in 2011. Dick has been doing this ever since, certainly not for himself but the children of his community. He understands the power sport can wield and his passion to make a difference is exemplarily. Dick has been on the WRL Board for over two years now and his experienced insight has certainly helped shape a better future for the sport in Wales.”