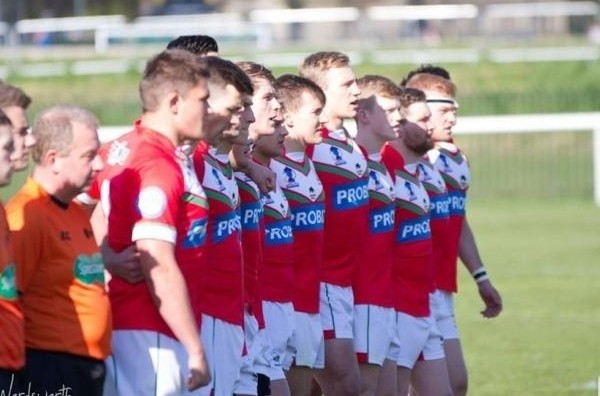 Wales have 11 players in the 2014 Great Britain and Ireland Academic Lions squad, which has been announced following last week’s Student Four Nations.

The week long competition hosted this year at the University of Nottingham culminated on Good Friday with England defeating Wales in a thrilling final.

The Great Britain and Ireland Academic Lions will compete in the RFL Associations cup which runs from May to June where they will compete against the GB Teachers, GB Police and the Armed Forces. They will then tour South Africa in late August / early September.

Wales scored more points than any other side in the Four Nations with 162 in their three games, over a quarter of them coming from Lloyd Thomas who notched 11 tries.

Thomas, the player of the tournament, said on his selection for the squad: “I am overwhelmed with the award that I have received and extremely excited about the opportunity to play for Great Britain. I’m also pleased so many of my Welsh team mates have also been selected”.

Brian Juliff, chairman of Wales Rugby League, said: “I’m delighted that Wales did so well in the tournament, scoring more points than anyone else.

“I’m equally delighted that we have 11 players in the Great Britain and Ireland squad. All of this just shows how hard we are working in Wales to develop young players and bring them through the system. Good luck to them all in their matches this summer.”

Paul Fletcher, Great Britain and Ireland head coach, said: “It’s been a fantastic competition with some excellent talent on display, we have watched the players closely throughout the week in training as well as during the games.

“We have decided on a 27 man train on Squad which will be reduced to 22 players after the Associations Cup for the tour which takes place later this year, I am really excited about the squad we have selected and looking forward to working with the players.”