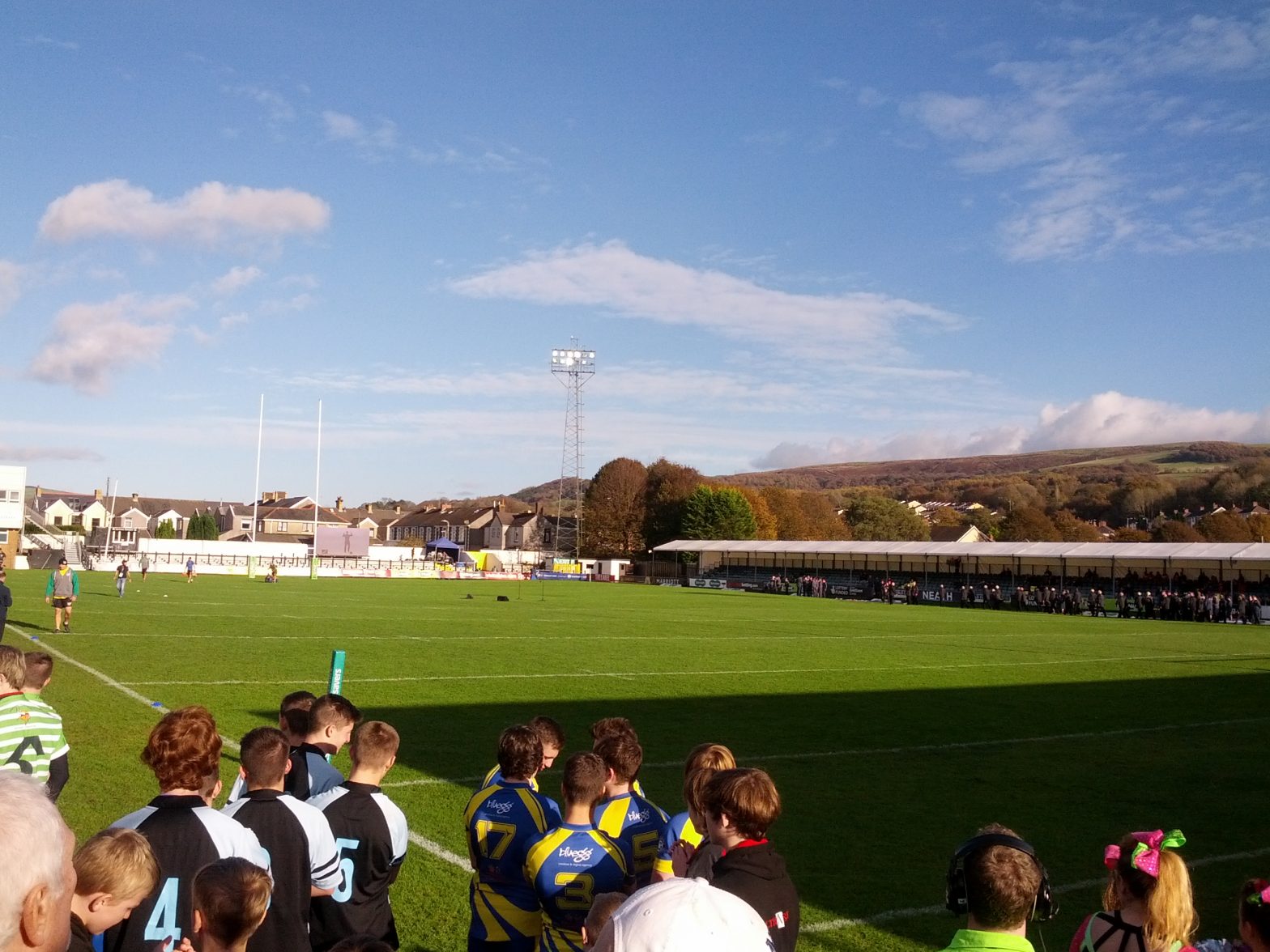 It’s a family affair for both the Wales Women and Wales Dragonhearts rugby league sides tomorrow at Neath RFC as each of their connections are set to make history.

Wales Women play their first ever international at 12.30pm when they take on Great Britain Teachers, before Wales Dragonhearts take on Southern England Lionhearts at 3pm, and both skippers Rafiuke Taylor and Liam Watton, will be leading other family members in their respective games, whilst Ffion Owen will have a special supporter in the crowd.

Watton will be lining up alongside his younger brothers Adam and Shaun making it the first time three brothers have taken to the field together in a Wales international and all are looking forward to the day.

Liam, 28, said: “I’ve always said any team you play for is a team of brothers and you always have each other’s back, but to have my actual family, all three of us, pulling that Welsh jersey on together is an absolute blessing and a great honour.

“I think growing up, we’ve always learned off each other but the way Adam and Shaun have been playing this year, they deserve that jersey and I’m very proud of them and also how far we have all come as a family”

Adam, 25, adds:  “It will be a pleasure and a honour to line up alongside both of them tomorrow. The biggest thing I have learned from my brothers is to take pride in the jersey your wearing and always play with heart and passion.

“In every game of rugby I play, I go out to make people proud, and our father, who sadly is no longer with us, would be beaming with pride to see the three of us together playing for Wales.”

Liam and Adam play their club rugby league for Valley Cougars and Shaun for Rhondda Outlaws, so it’s an extra special moment for the middle sibling.

Shaun, 27, concludes: “I have always played rugby league against my two brothers and when that happens, we give 110% against each other with no holding back. The best way to push yourself as a player is to play against people who know you best, they always bring the best out of me and encourage me to run hard tackle harder.

“It will be a pleasure to wear the Welsh Jersey alongside them, it’s something we promised we would do for our dad. We will no doubt love every minute of it.”

For Rafiuke Taylor, she will, for not the first time, be lining up alongside her niece Savannah Ledsam. There’s just 14 years between the two of them, and as Ledsam explains, it’s her auntie, and her captain tomorrow, who introduced her to rugby.

She said: “I used to play football until my auntie took me to one of her games with Barry Bombers rugby union club.

“She said to me ‘right get your boots on, you’re playing, there is a pair in my bag’. I explained that I had no idea what to do, so she told me get the ball and run.

“That was eight years’ ago and now here I am today playing alongside her internationally in rugby league, which is even more remarkable as I came out of rugby for six years after having three children during that time.

“Not only is she an amazing player, she is an equally as amazing auntie and I am so proud that she is our captain.  It’s going to be hard following in her footsteps but I know she will help me every step of the way and can’t wait for the future.”

Taylor adds: “It’ll be a real proud moment for me to take the field with my niece. We’re really close anyway, so being able to experience such a momentous occas

ion in both our rugby careers together is something I’ll always hold dear.

“After bringing her down to play her first game when she was 19, she took to rugby quite easily and quickly, so all I’ve really done over the years is to give her some little tips and tricks.”

Finally, there’s even a link between the Dragonhearts and Women’s sides. When Wales Women’s youngest player, 17-year old Ffion Owen, runs onto the pitch, watching proudly in the stands will be her dad Adrian Owen, who was a Wales Dragonhearts international between 2005 and 2009.

Adrian played five times for the Dragonhearts, and was captain in his final game, a 42-4 win over England Lionhearts in Bridgend, leading a side that contained future full Wales internationals Christiaan Roets and Paul Emanuelli.

Adrian said: “I’m very proud of Ffion and all of her achievements. She’s been playing rugby union since she was 11 for Nelson and she’s recently been captain of Cardiff Blues U18. She played for Wales u18 this year when they beat England 28-22 at the Millennium Stadium 28-22 and for Wales 7s U18s in the Home Nations and the European Championships.

“She is a very aggressive player but reads the game well. I think she’s suited really well for rugby league and I can’t wait to see her win her first full Wales cap.”

Ffion says: “I’ve been brought up in a rugby environment with dad playing union and league constantly and I used to watch him a lot growing up with my grandfather, who was former Pontypridd player Alun Owen, and loved it.

“I was originally a dancer growing up, then got in to weightlifting when I was around 11 (big change I know) so I was very much into the gym and training already.

“Then a few years later I heard about training sessions going for my local rugby team from one of my friends for a tournament that was going to happen that weekend. I scored a try with my fist touch of the ball and never looked back. I also made sure I was wearing a number 12 jersey so I was just like my dad.

“Ever since then dad has been very involved with my rugby, always giving me tips, going to every game and doing extra sessions with me on my local field – he’s taught me everything I know. He’s been my number one supporter and my rock with rugby. Because of that every time I play, impressing him and keeping him happy is always my number one priority as his opinion means a lot to me. I remember watching him play for the Dragonhearts and now it’s my turn to play rugby league for Wales.”

Match tickets for Saturday’s double header at The Gnoll in Neath, priced just £5 for adults, can be bought by going to www.walesrugbyleague.co.uk/tickets.