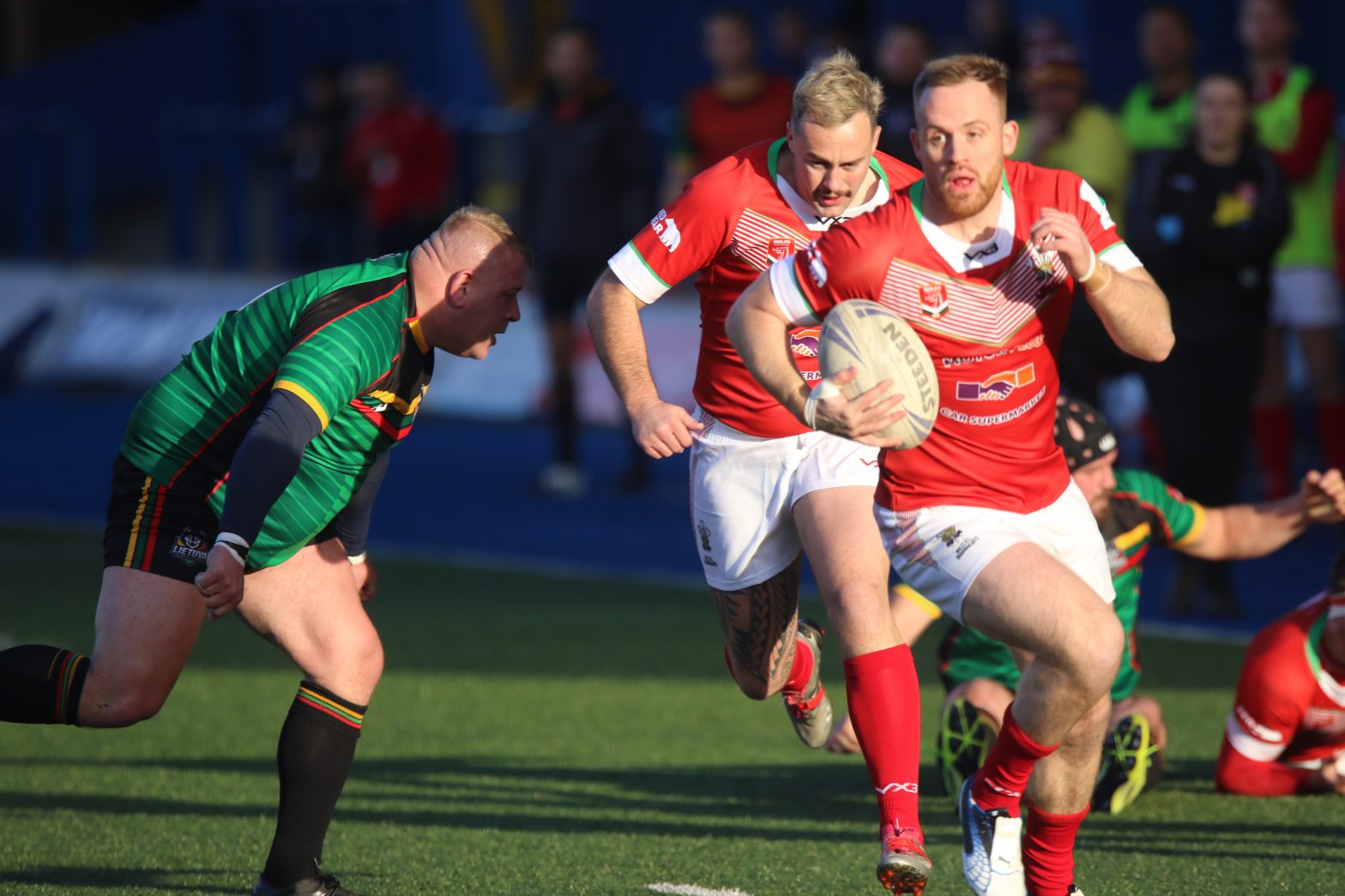 It was a baptism of fire for Lithuania in their first ever full rugby league international, as they went down 58-0 to Wales Dragonhearts at Cardiff Arms Park on Sunday.

The Dragonhearts, Wales’ community representative side, who are celebrating 25 years of internationals, will face a much tougher task in Leigh next week when they take on an England Lions U23 outfit who beat Ireland’s domestic XIII 26-14 in Dublin on Saturday.

Wales took the lead on five minutes after Adam Watton caught a cross-field chip to ground in the corner. Mike Hurley missed the kick.

Lithuania nearly scored their first ever try on nine minutes. From a scrum, Mindaugas Kazlaukskas did well to twist past his markers, but dropped the ball as he was attempting to ground whilst under pressure.

Sadly that was the closest the newcomers got to a first half score.

Wales recovered from their good fortune and from the next set, a good 100 metre move, Liam Watton emulated him brother by scoring in the same corner. Hurley converted.

The lead was extended to 16-0 on 17 minutes. Kurtis Haille found a gap to score left of the sticks and Hurley converted.

From kick-off, Jonah Huntley notched Wales’ fourth with Hurley having an easy kick to extend the lead to 22-0.

Haille slipped through his markers from the next set for his second and Wales’ fifth. Sam Pridgeon sprinted through for sixth straight after that. Hurley converted both and Wales were 34-0 up on 25 minutes.

Lithuania finally touched the ball after those three tries, but a knock-on gave Wales possession again and they didn’t waste it, Shane Lee storming through for Wales’ seventh try. Hurley missed the kick.

Four minutes before the interval, Haille got on the end of a good passing move to claim his hat-trick, again going unconverted so Wales were 42-0 up at half-time. 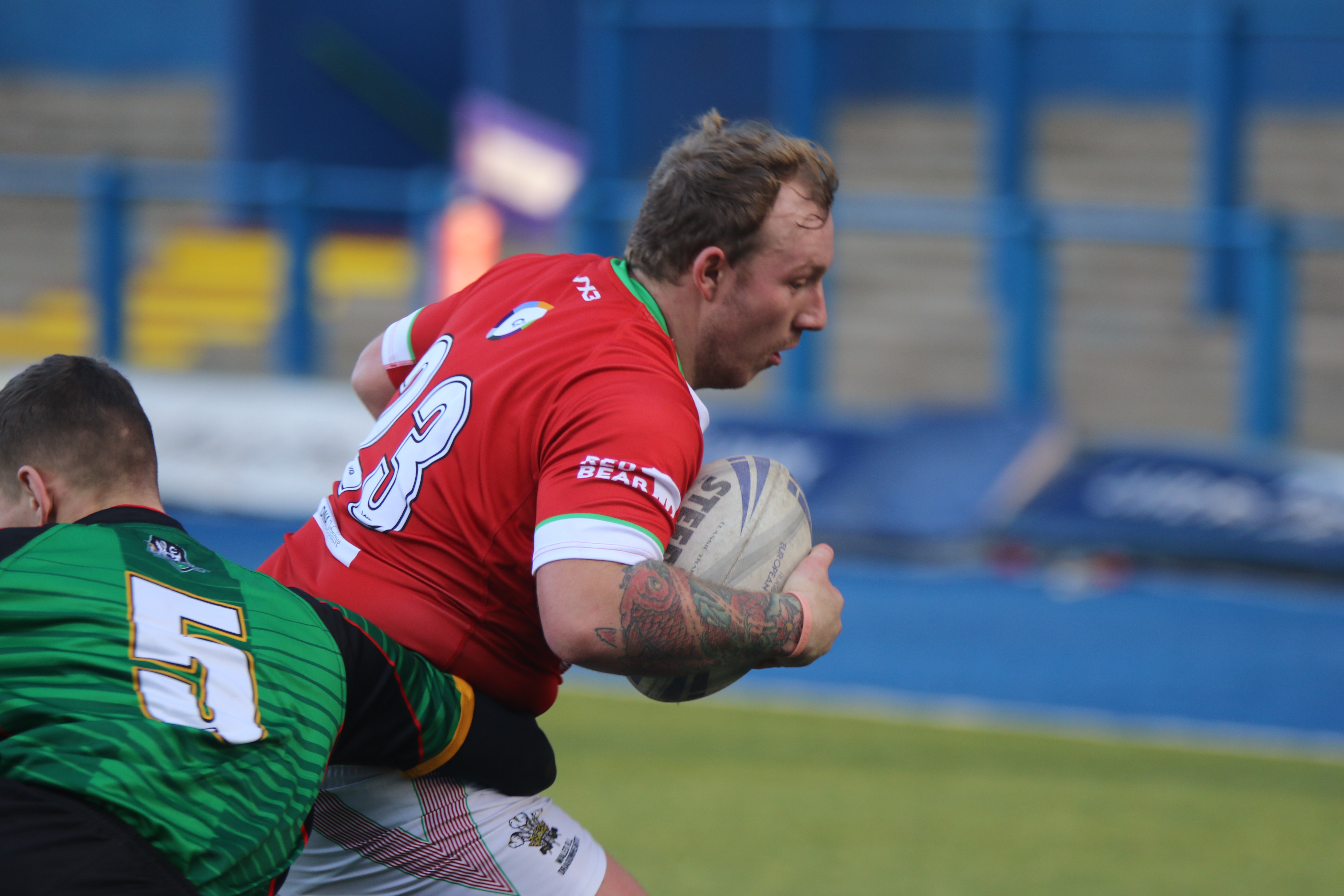 The start of the second half didn’t have the flow of the first 40 minutes where referee James Jones didn’t have to make any stoppages. Following a couple of injuries, there was a lengthy delay following a brawl where Tom Matthews was given a straight red card for punching.

Despite being a man down, Wales was first on the board in the second half. Hurley slipped through the centre and improved his own try.

Jarad Hinnem eased over for Wales’ tenth try of the day on the hour with Ben Jones converting.

That was before man of the match Haille slid in for his fourth of the day which Jones couldn’t converted.