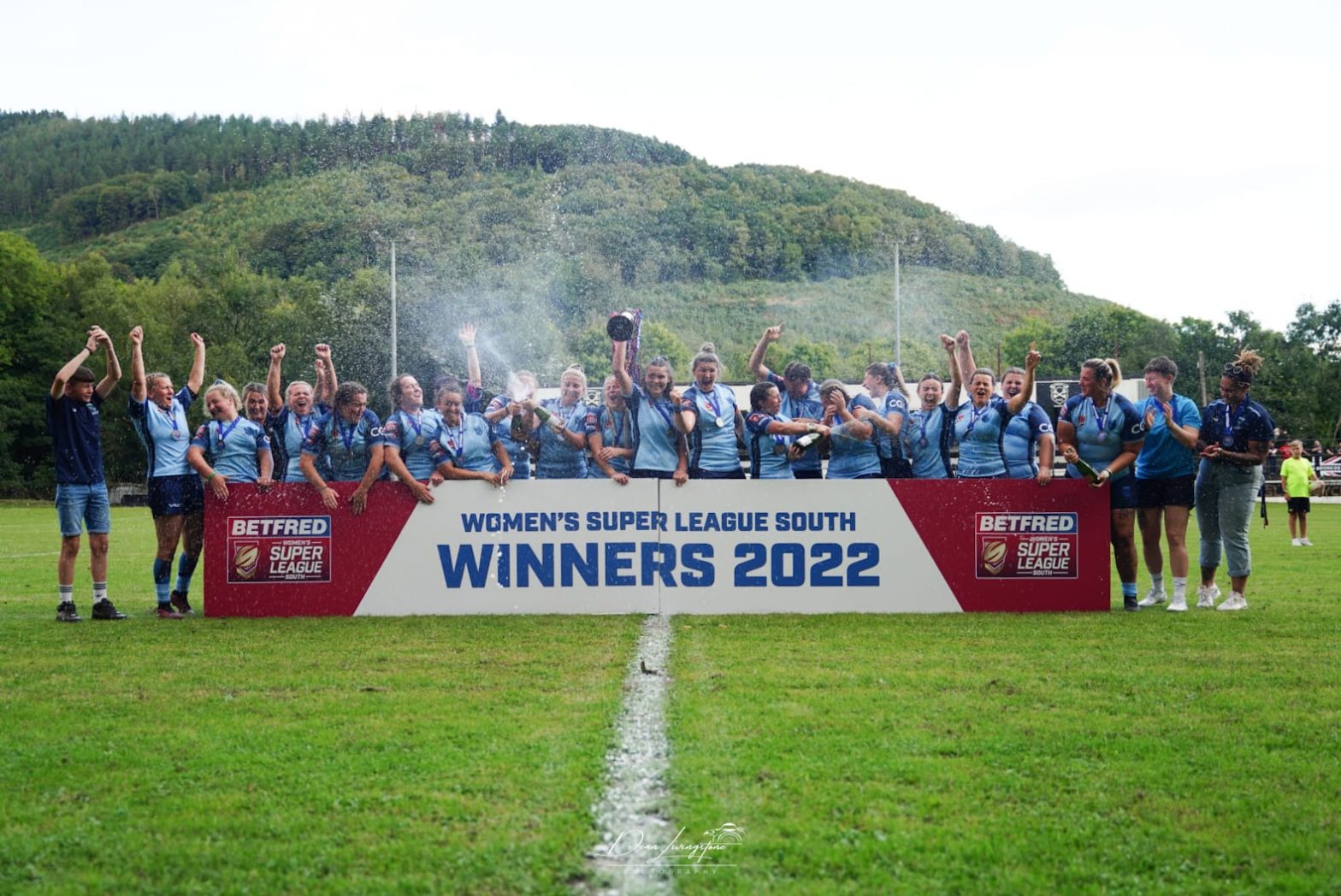 Cardiff Demons retained their Betfred Women’s Super League South trophy in style at Cross Keys with a 34-4 victory over London Broncos. Apart from a blip near to the end of the first half and a spell in the second when the game was won, Cardiff were completely in control and the scoreline could have been higher had it not been for a couple of disallowed tries, as the Demons avenged their narrow defeat to the Broncos earlier this season. The Demons fielded 14 Wales internationals from their 20 player squad, 12 of whom started the game. One of them, Leanne Burnell, scored a hat-trick of tries. Charlie Mundy also went over for a try and kicked three conversions, with Brittony Price, Bryonie King and Eleri Michael also crossing. London fielded two Wales internationals in Emily Hughes and Kathryn Salter. A full report can be found by clicking here. The only other women’s international player in action this weekend was Carys Marsh, whose Wigan Warriors side lost 56-4 to St Helens.

The men’s Super League’s bank holiday weekend action was headlined by their Wigan v St Helens derby in which Welsh eligible Harry Smith kicked five goals for Wigan in their 30-10 victory, whilst former Welsh international Morgan Knowles started for St Helens. Wales men’s most-capped player Rhys Williams started and scored for Salford Red Devils, his 191st career try, in their Friday evening 28-18 win over Hull FC – a victory that kept them well and truly in the race for the play-offs. In the French derby, Gil Dudson scored for Catalans Dragons in their 24-14 success against Toulouse in front of 9,000 fans in the pink city. Dudson repeated his try scoring feat on Monday evening in Catalans’ 32-18 victory over Leeds Rhinos. Warrington Wolves fielded a youthful side against Huddersfield Giants on Monday, which featured Welsh international prop Luke Thomas and north Wales resident Josh Lynch, the latter scoring a try on his senior debut. Kyle Evans started on the wing for Wakefield in their Monday afternoon 34-18 victory at St Helens.

In the Championship, Leigh Centurions secured the League Leaders Shield with a 42-4 victory over John Kear’s Widnes Vikings. Caleb Aekins started for Leigh whilst Matty Fozard started for Widnes. York City Knights bounced back from conceding 100 points at Leigh with a 20-18 victory over Sheffield Eagles, Bailey Antrobus was amongst the scorers for York. Tom Hopkins featured for Barrow Raiders in their 62-10 victory over Newcastle Thunder. Craig Kopczak and Dan Fleming appeared for Featherstone Rovers in their 64-18 win against a Workington Town side featuring John Hutchings. In a West Yorkshire derby, Elliot Kear, Rhys Evans, Ant Walker and Chester Butler appeared for Bradford Bulls in their 40-18 defeat to Halifax, Butler scoring a try and Kear kicking three goals, the Wales skipper having now reached 300 career appearances. Will Evans faced off against Dalton Grant in a battle of the Welsh centres as Whitehaven overcame London Broncos 40-20. Evans scoring a try for the victors, who also featured Curtis Davies. Albeit relegated, Dewsbury Rams nearly gave their fans something to savour in a narrow 22-20 defeat to local rivals Batley Bulldogs. Connor Davies starting for Dewsbury.

In League One, there was a welcome return from injury for Sion Jones as he played for Hunslet in their 32-20 defeat against Doncaster. Cobi Green and Gavin Bennion started in Rochdale Hornets’ 102-4 victory over West Wales Raiders. Joe Burke captained the defeated Raiders who fielded three debutants from the Welsh Premier League in addition to their seven other established Welsh born players who were in the side. Rhodri Lloyd and Mike Butt featured for Swinton Lions against an Oldham side featuring Owen Restall; Swinton the victors 35-6. Finally, in front of 2,712 fans, Rob Massam scored for North Wales Crusaders in their 50-16 defeat to league champions Keighley Cougars, who lifted the trophy after the game. Massam’s try count is now 197 as he looks to become the next Welsh player to reach 200 first class rugby league tries.

In Australia, Tyson Frizell played for Newcastle Knights in their 36-26 defeat at Gold Coast Titans in the NRL.  James and Ollie Olds started for Valleys Diehards in their 28-16 play-off victory over Beenleigh Pride in the Brisbane RL Premier. Finally, it’s congratulations to Connor Farrer who was awarded the Trundle Boomers’ Player of the Season last weekend, after the end of their Woodbridge Cup New South Wales Country Rugby League season.