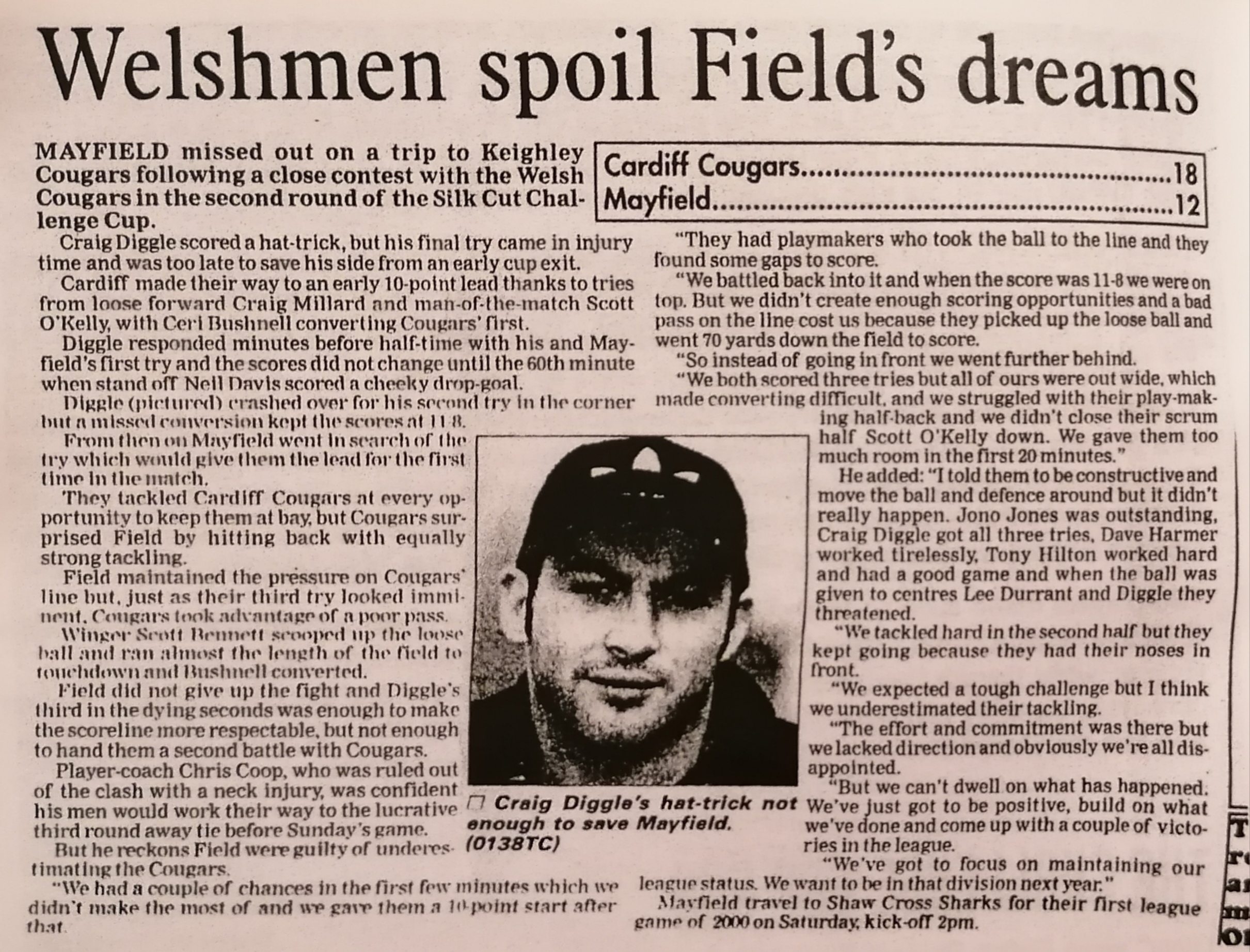 Because the RFL wanted a non-university Welsh side in the competition, Leeds Met University, who UWIC beat in the 1999 BUSA Final took the student place and Richard Hodges, the new rugby league development officer for Wales, contacted UWIC and asked if they could put a team on the park, but not under the name of UWIC or Student Rugby League.

So Cardiff Demons and UWIC combined forces. The Cardiff Demons name wasn’t chosen for these matches as the players wanted to sever ties with the Academy club so for a brief period, the Cardiff Cougars were born and were drawn away to Durham in the first round.

Following that 36-6 away win, Cardiff were drawn at home to Rochdale Mayfield.

Rhodri Thomas who played in the game said: “The second round was played at UWIC Rugby League’s home ground at Llandaff and was featured on BBC television‟s Grandstand with Ray French on the sidelines. Our 18-10 win was probably the shock of the round as Rochdale Mayfield were a very good side. We had some very good players at that time – I think we had six Great Britain student internationals and almost the entire squad had represented Wales at student level.”

Cardiff‟s win over Rochdale Mayfield was heavily featured in local papers in both Cardiff and Rochdale with the Rochdale Observer producing the headline “Welshmen spoil Field‟s Dreams”. Cardiff’s reward for their efforts was an away trip to Keighley Cougars.

Following this campaign, the Cougars name was adopted by new junior club Cynon Valley Cougars (who eventually dropped the Cynon from their name), whilst Cardiff Demons reformed a year later to compete in the new “Summer Conference”. This club eventually led to the formation of “Cardiff Blue Dragons”.

Some text taken from the book, A Welsh Crusade By Ian Golden – click here to buy