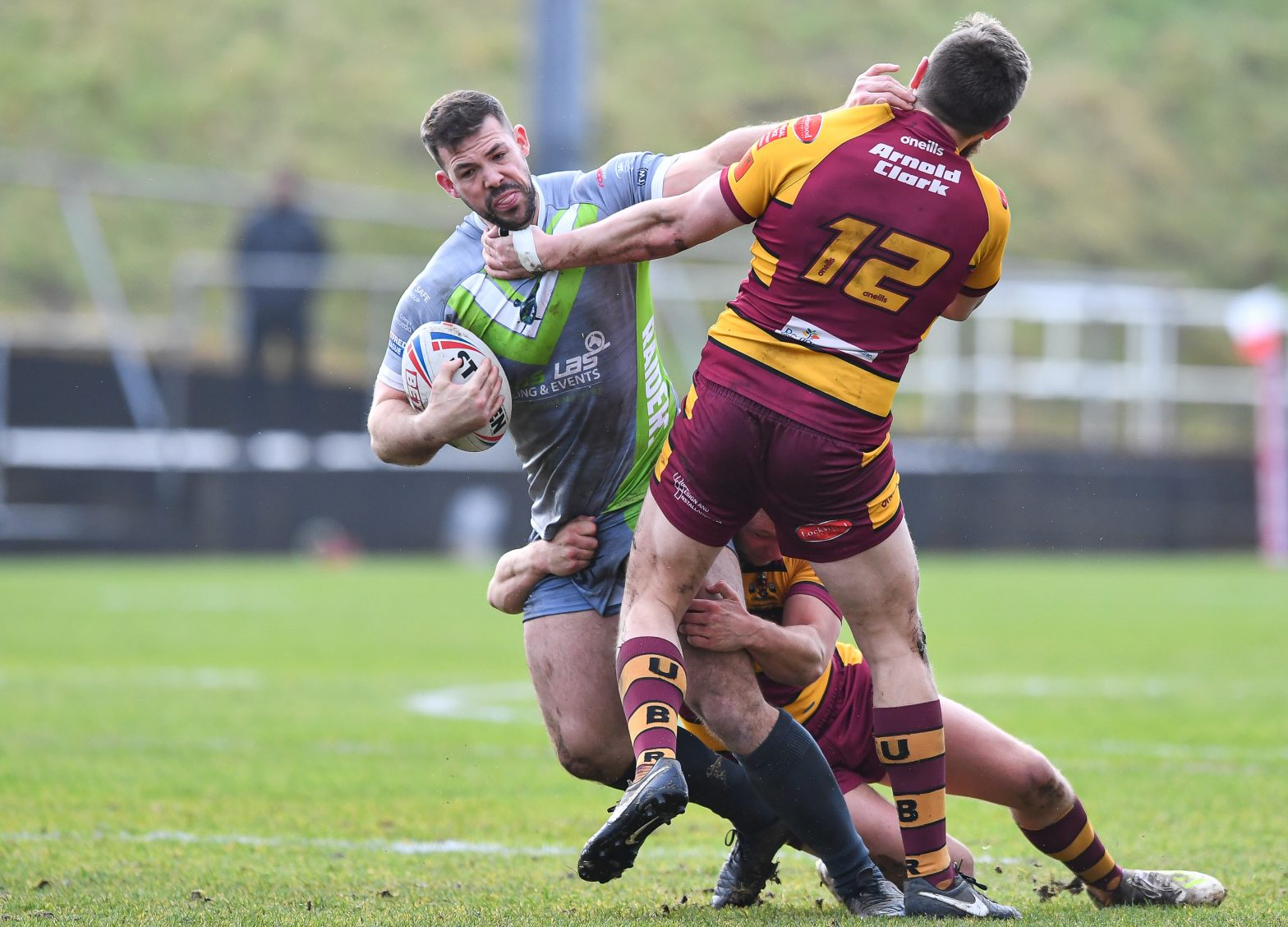 In one of the few surviving matches of Storm Ciara, Underbank Rangers out-thought and out-defended West Wales Raiders to go through to the fourth round of the Coral Challenge Cup.

In regards to this fixture, with no disrespect to either side, it was hard to see which result would have been a “Cup shock”.

West Wales Raiders, with six debutants in their side, have had another turbulent close season with many players for this match signed or re-signed less than 10 days previously. They may have been the highest ranked outfit in this fixture and had the new full time professional coach, but it was the Underbank players who held all the match experience as a Yorkshire based-side.

It was also Raiders’ first game of the season having not played any warm-up games, whilst Underbank had gone through two Cup victories already by this point. This gave them, despite a 280 mile bus trip the day before, another big advantage over their League 1 opponents, and that showed throughout much of the match.

A dropped ball from the first kick off of the season wasn’t the way Raiders wanted to start, nor concede a penalty in front of the sticks, which Richard Pogson happily kicked to give Rangers a second minute lead.

The visitors took advantage of another mishandle three minutes later to increase their lead, Owen Restall running over from the scrum and Pogson converting.

Their second try came on 14 minutes when, following a scrum from yet another dropped ball, Jamie Stringer dived over in the corner. Pogson’s kick was wide.

Raiders hit back on 21 minutes when Phil Cowburn edged his way through a gap in defence. Danny Price’s potential easy kick blew wide.

There was a chance for a second but Rangers were defending well. Price nearly got through the backline but was stopped on the final tackle of a set.

Dropped balls and penalties were the order of most of the half with few other chances as a result. Rangers went into half-time 12-4 to the good but starting off badly as they lost the ball from kick-off after Raiders kicked short.

However Rangers continued to stand firm, including a chance for 18-year old Wales Student international debutant Charlie Bodman, who was held up over the line.

It may not have the prettiest game from Underbank, but they, unlike West Wales, knew how to take their chances. Pogson nicely kicked a 45 metre penalty to increase their lead to 14-4 on 51 minutes.

Raiders hit back again four minutes later. Daf Phillips scoring in the corner following a good set from a penalty. The wind took Price’s conversion away from the posts.

But Underbank were again taking their chances. Danny Hirst made a clean break to feed his half-back partner Pogson for a try under the posts which he converted.

As the game entered into the last ten minutes, Storm Ciara increased and so did the handling errors. Knowing this, Hogson attempted a field goal attempt went wide.

A Courtney Allette try in the corner went unconverted to cement Rangers’ win before an Owen Restall score, improved by Pogson, put the icing on the cake.