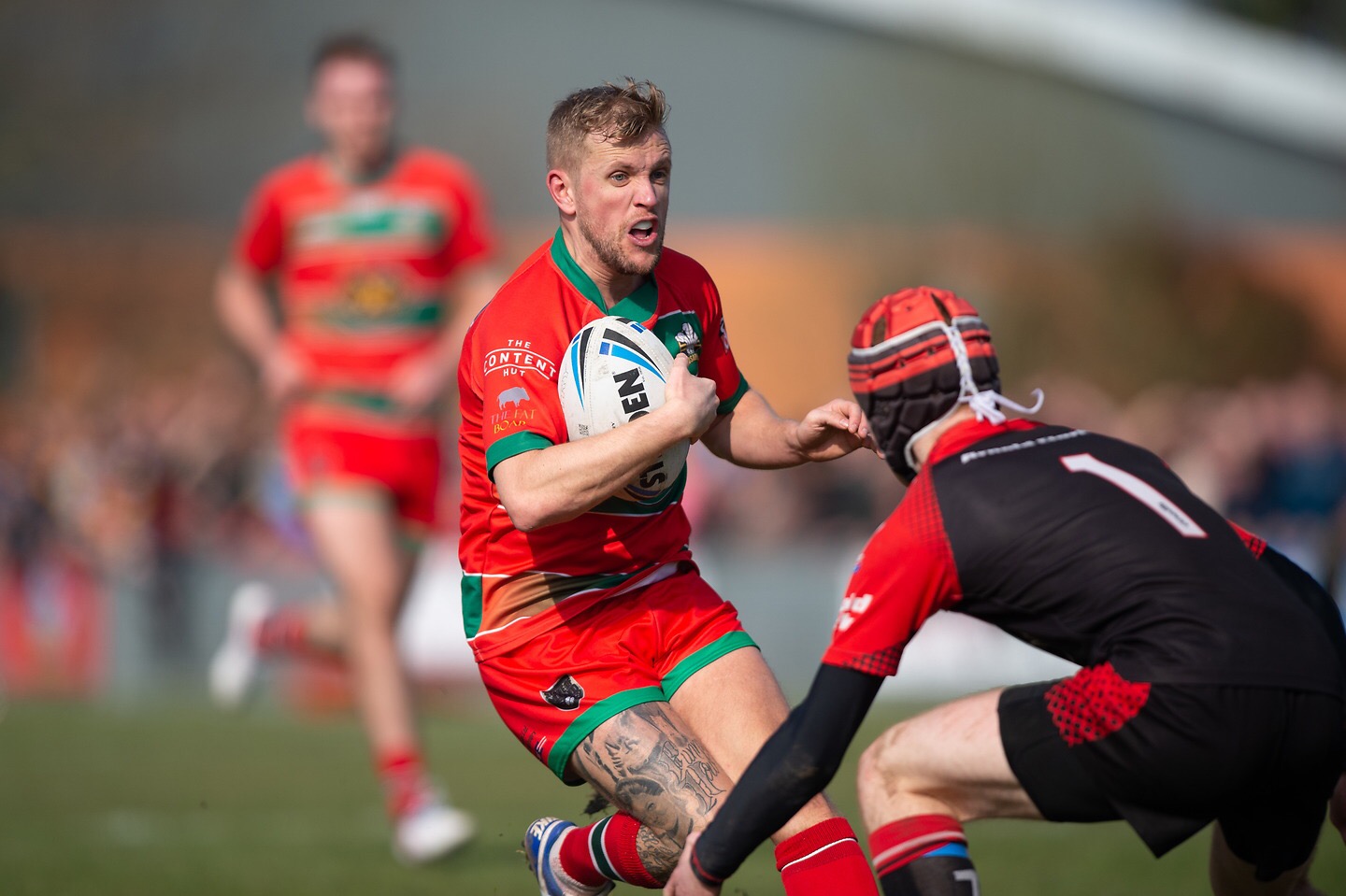 North Wales Crusaders were knocked out of the Challenge Cup at the fourth round stage by amateur club Thatto Heath (writes Ryan Gould).

Despite staging a late comeback and being close to taking the tie to golden point extra time, North Wales were second best for large spells and were out-muscled, out-thought and out-enthused by Thatto Heath.

The home side defended excellently, particularly in the second-half, to keep the visitors out and hung on at the end to secure a memorable and deserved victory.

The opening exchanges felt a little cagey and you could tell North Wales were going to be in for a tough afternoon from the outset.

Thatto took the lead when Lewis Foster spotted a gap in the defensive line to scoot over from acting half.

Warren Thompson went close to replying for the visitors, only to be stopped short of the line as he darted on the last play.

The amateurs then had a big opportunity to extend their lead after a nice shift to the left wing, but Matty Norton’s final pass to Niall Allen was forward and flew into touch.

Thatto didn’t make the same mistake when they next found themselves in good field position as Connor Dwyer forced his way over down the left, despite Gavin Conroy’s efforts to hold him up in-goal.

However, North Wales did pull one back shortly before half-time through Rob Massam, who picked up the ball at acting half and barged his way over in the left corner.

The hosts were given a penalty early in the second half and opted to kick for goal, but Bobbie Goulding dragged it wide of the sticks.

Thatto did build on their lead soon after, though, as a North Wales attack was charged down and Norton collected the loose ball to race clear underneath the posts.

Although the away side had Simon Atherton’s effort down the right ruled out for a knock-on, Chris Worrall manage to cross in the same corner as they began to stage a comeback.

The League 1 club charged forward looking for another try in the dying seconds, but Thatto held on.