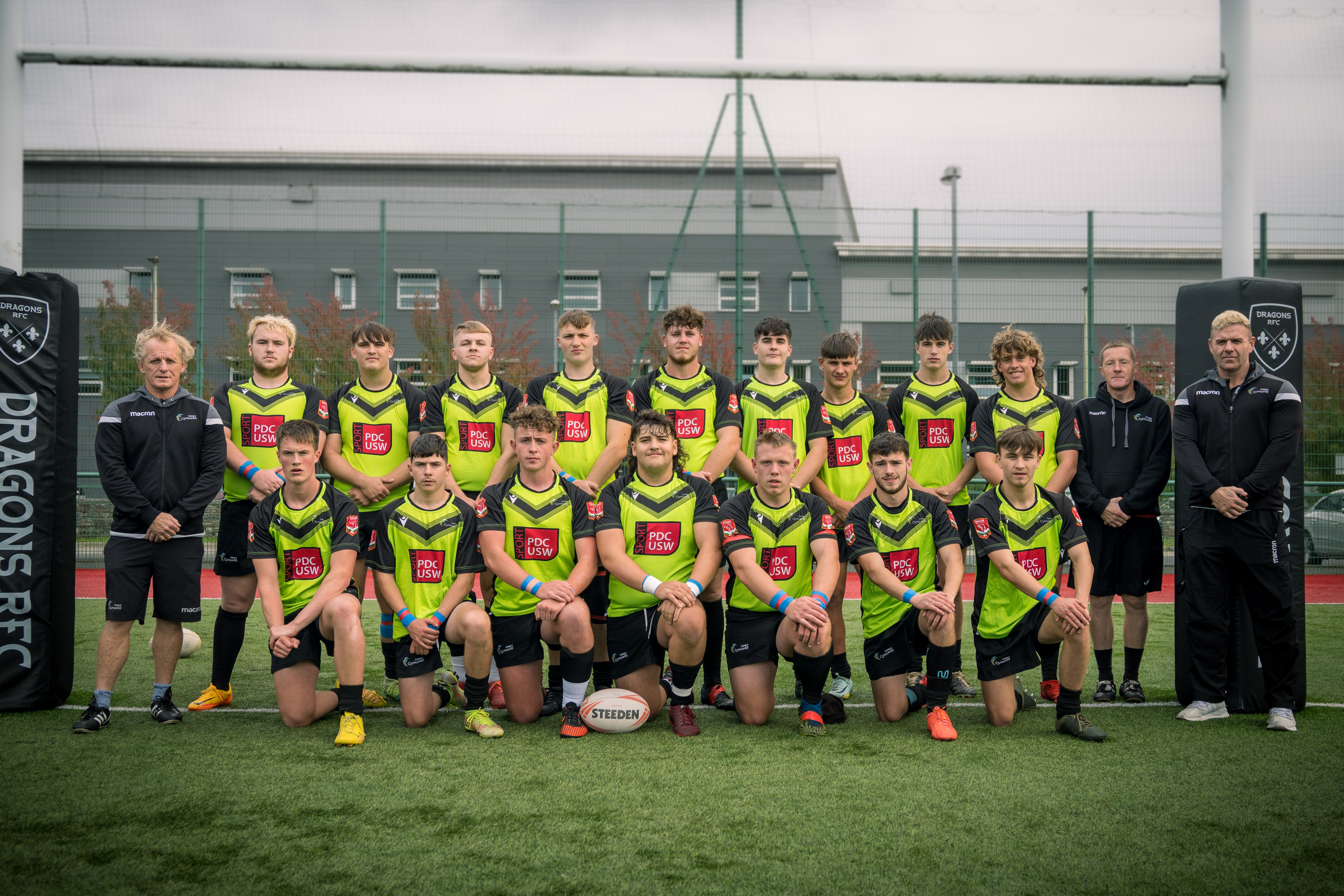 The Wales Rugby League Development Academy have won in their first game of the season, beating Swansea University 62-0.

Through the hard work, of the volunteer staff who have run the 2022 Wales Rugby League pathways, the National Development Academy at Coleg y Cymoedd has had excellent success in recruitment this year. This was highlighted when the Academy were able to pick a strong squad to play Swansea University which included five Wales U19 internationals, four Wales U16s and three Origin players for the first game of the season.

Both teams looked rusty in their first outing of the season, with the first 10 minutes littered with knock-ons, penalties, and incomplete sets. Cymoedd final broke the deadlock with Carter Barnes crossing and Alex Banks getting the extras to make the score 6–0. Immediately, from the restart, Cymoedd worked to an edge to set up a powerplay that sent Calum Jones through, one on one with fullback he passed inside to Connor Lacey to score under the sticks. Alex Banks converted.

After a Cymoedd knock-on it was then Swansea’s turn to apply the pressure, back-to-back sets they ran hard but could not breakdown the Academy defense. Buoyed by the missed opportunities the Academy started to play some excellent Rugby, with two excellent team tries from Brandon Richards & Rhys Davies the latter converted by Banks to make the halftime score 22-0.

Swansea came out with all guns blazing in the second half, but some excellent goal-line defense from Cymoedd kept them shut out. With their opponents tiring, Cymoedd players started to click and eight completed sets saw seven unanswered tries, there were from Carter Barnes, Troy Shearan (2), Jamie Jenkins, Hudson Mathias and a brace to complete his hat-trick from Connor Lacey. Tries converted by Shearan (4) and Banks. Swansea tried again and again to break the Academy line but were met with defiant resistance.

There are still opportunities to join the WRL National Development Rugby League Academy at Cymoedd, with many courses available. If you are unsure about your career, please contact Mark.Jones@walesrugbyleague.co.uk or click on link to apply