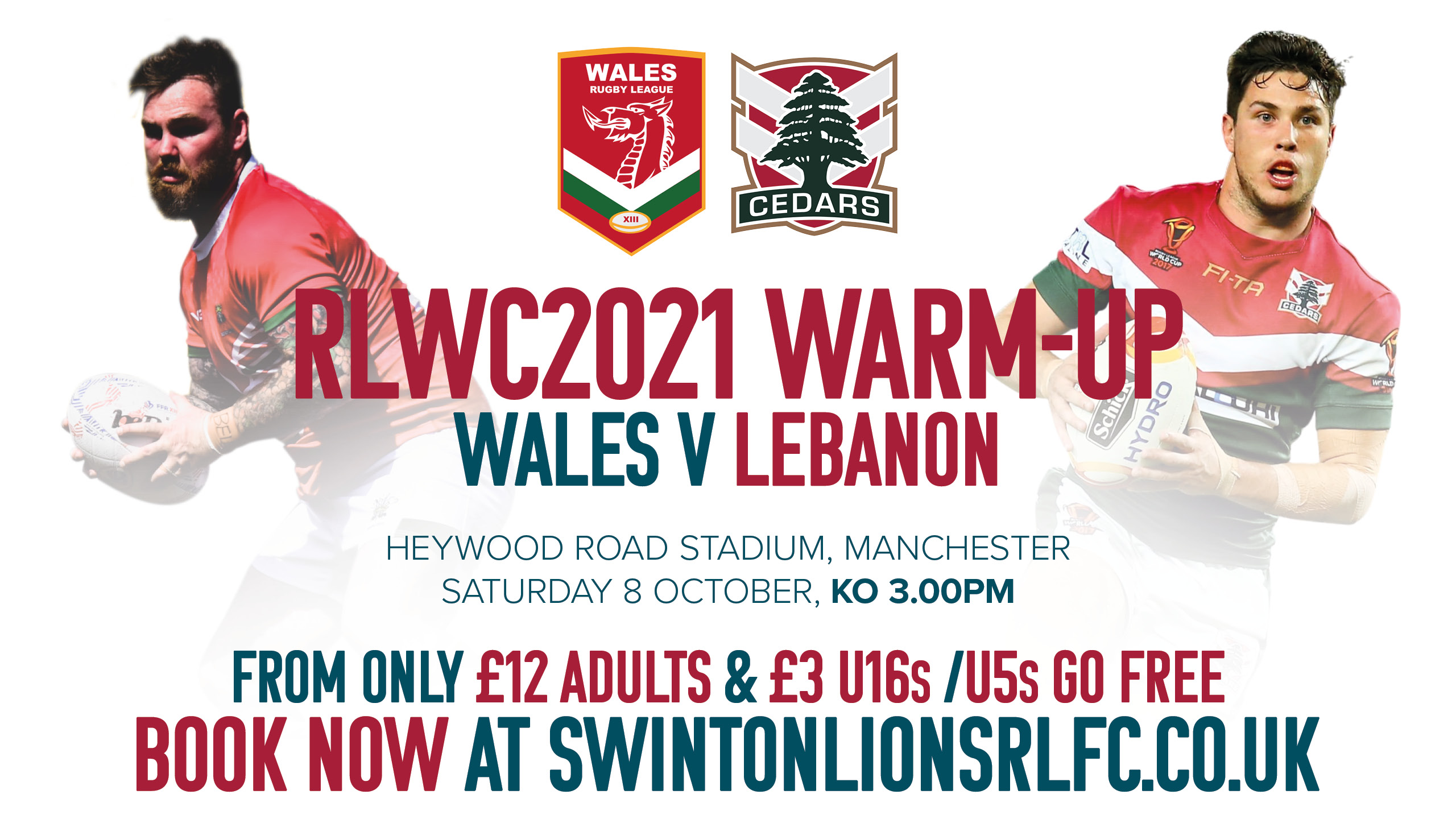 Wales will field all three elite international sides at the same time this Saturday as the men, women and wheelchair squads are all in action.

The Wales women’s side have an honour to aim for. If they beat Ireland at Donnybrook (kick-off 3pm), they’ll lift the first ever Women’s European Championship B North trophy.

Wales lost to Ireland 26-24 in their only other encounter, a friendly match in Colwyn Bay last year, but after outscoring their opponents on tries, will hope for an improvement on their kicking game this Saturday.

This match is the final one of a three-team three-nation group, with both sides having beaten Italy in the summer. However Wales’ superior win, 60-0 to 30-6, means that they only need a draw to finish top of the group and be promoted to European Championship A.

Head coach Thomas Brindle said: “We played Ireland last year and it was a great game, albeit one where we ended up on the wrong side of the result.

“This is another chance, a year on, to see how far we’ve progressed as a group, and with it being a Euro B game, the added pressure to win makes it exciting and one where you want to taste victory.” 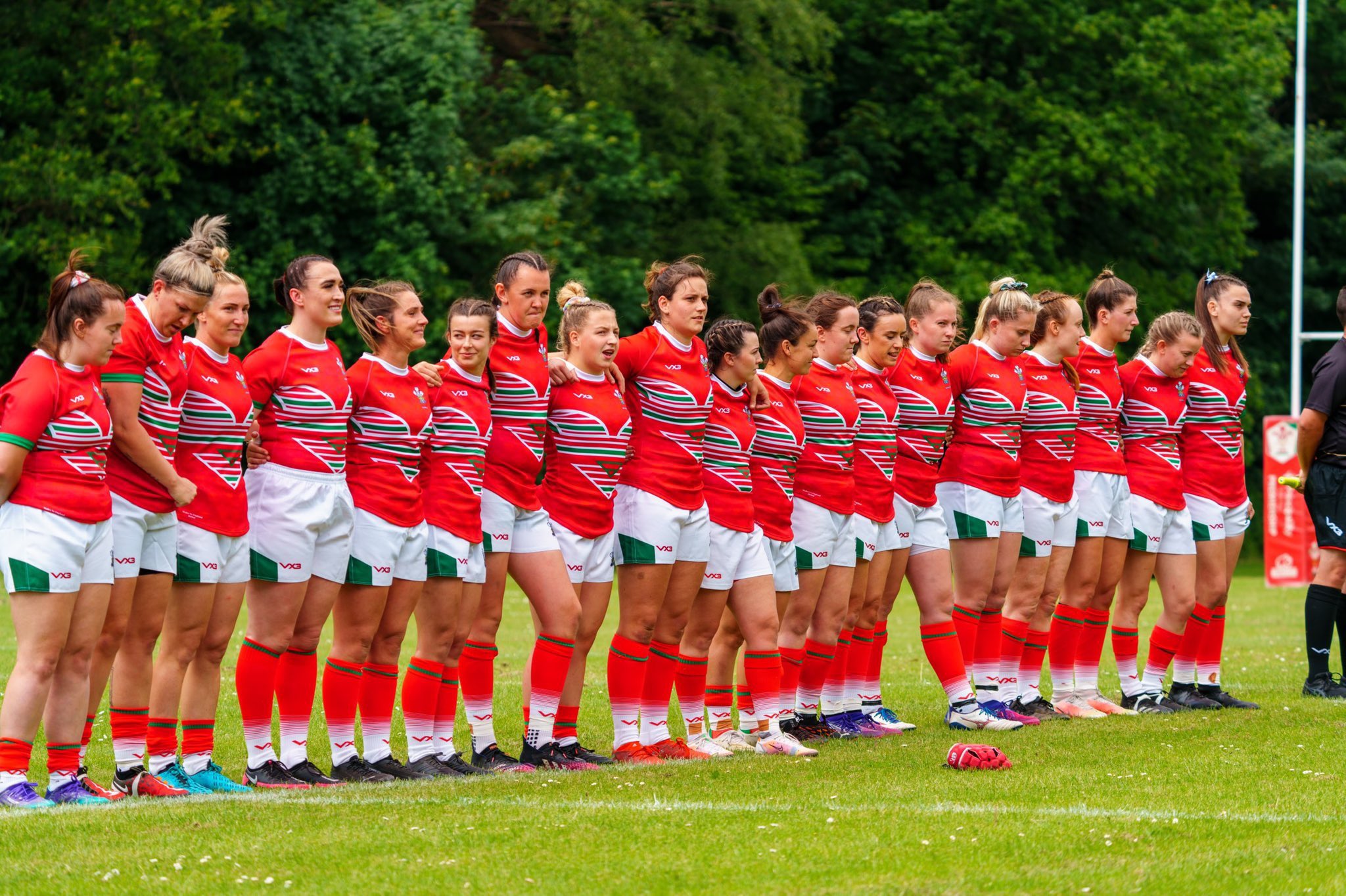 For Wales men, who face Lebanon at Sale (kick-off 3pm), it’s their first and only warm-up match before the Rugby League World Cup, and coach John Kear is planning to give all 24 of his players a run out in a game that will see unlimited interchanges.

It means that Leigh Centurions’ Caleb Aekins will win his first international cap just a week after scoring a try that helped his team to promotion to Super League, and Wakefield’s Kyle Evans should also take to the field in the 32 year old’s debut season in first class rugby league following a successful rugby union career in South Wales.

Kear said: “There’s no late changes to the squad, all is in place. We trained yesterday (Wednesday) as a group at the University of Central Lancashire. They’ve a brilliant attitude, first class. All players are here, including the overseas players who were a bit jetlagged, but it didn’t affect how they applied themselves.

“We know that when we start the World Cup, we’ll be vast underdogs in the group of death, so Saturday against Lebanon, we’ll use the game to test structures and combinations, 11 days before we face Cook Islands.”

Just the Wales men’s game will be streamed. This will be available at https://www.rugby-league.com/ourleague priced £4.95 if ordered before the day, £10 on the day. Admission is from £3 for juniors and £12 for adults and available from https://swintonlionsrlfc.co.uk/match-day/admission/… Tickets will also be available to purchase at the gate on Saturday. 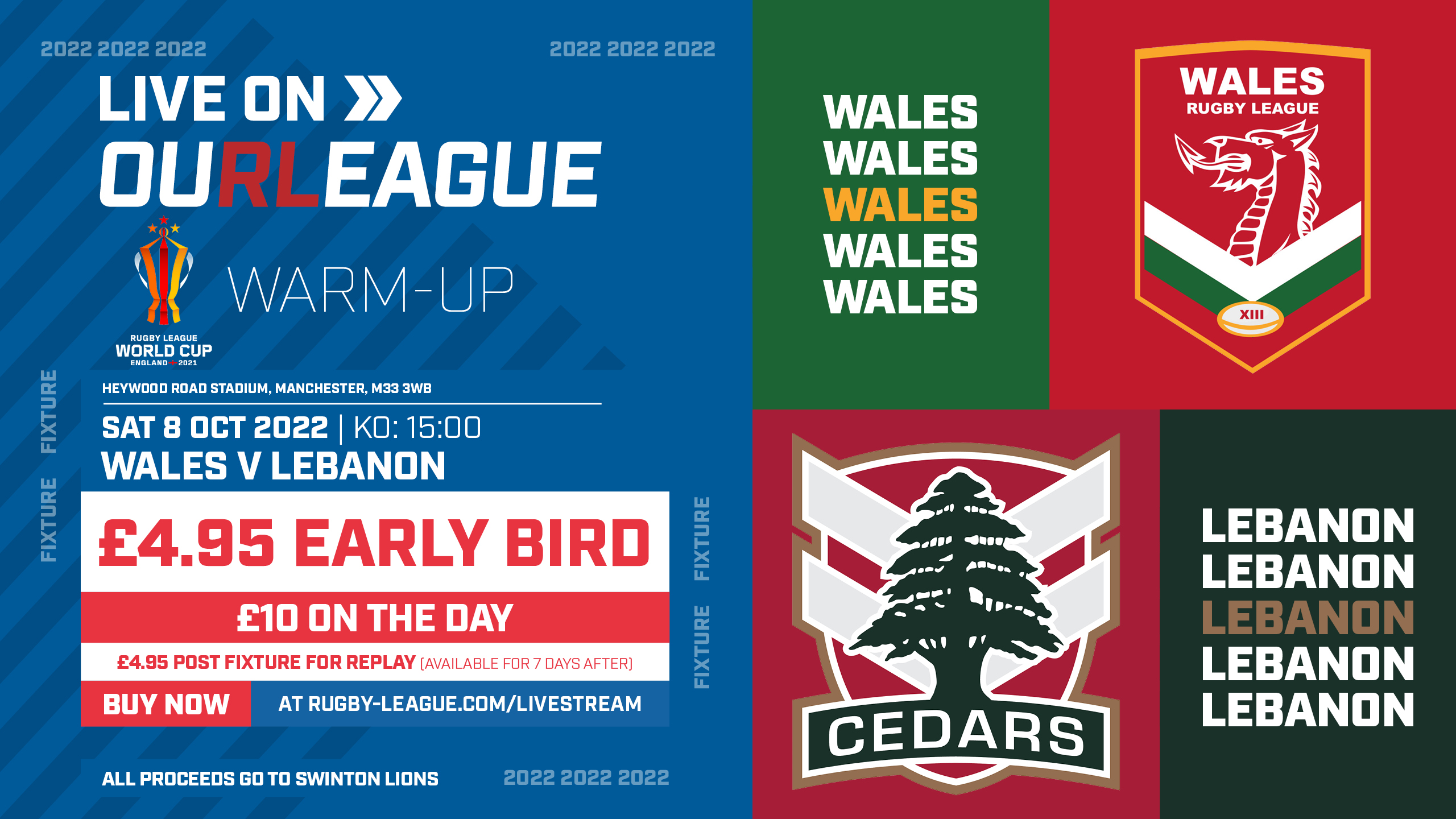 The Wales Wheelchair side will field just three substitutes on Saturday against Ireland in Halifax (kick-off 2pm) due to injuries and unavailability. Wheelchair Rugby League is five-a-side. Record cap holder Alan Caron will sit the game out and return for the Australia encounter, as will Gary Preece, Martin Lane and Andrew Higgins.

Wales beat Ireland 64-22 in their last encounter, which was in the Celtic Cup earlier this year but head coach Stephen Jones knows that this game could be a lot tougher.

“It’ll be a big test for our players this Saturday,” he said. “Ireland have given us a big challenge in the last couple of games, especially in the friendly match a year ago. We’re going into the game with just three on the bench due to injuries or players unavailable, so for the eight who are playing, it’ll give them a chance to show everyone what they can do ahead of our final warm up game, which is against Australia in Cardiff on October 29.”

Admission to the match at Calderdale College in Halifax is free of charge. 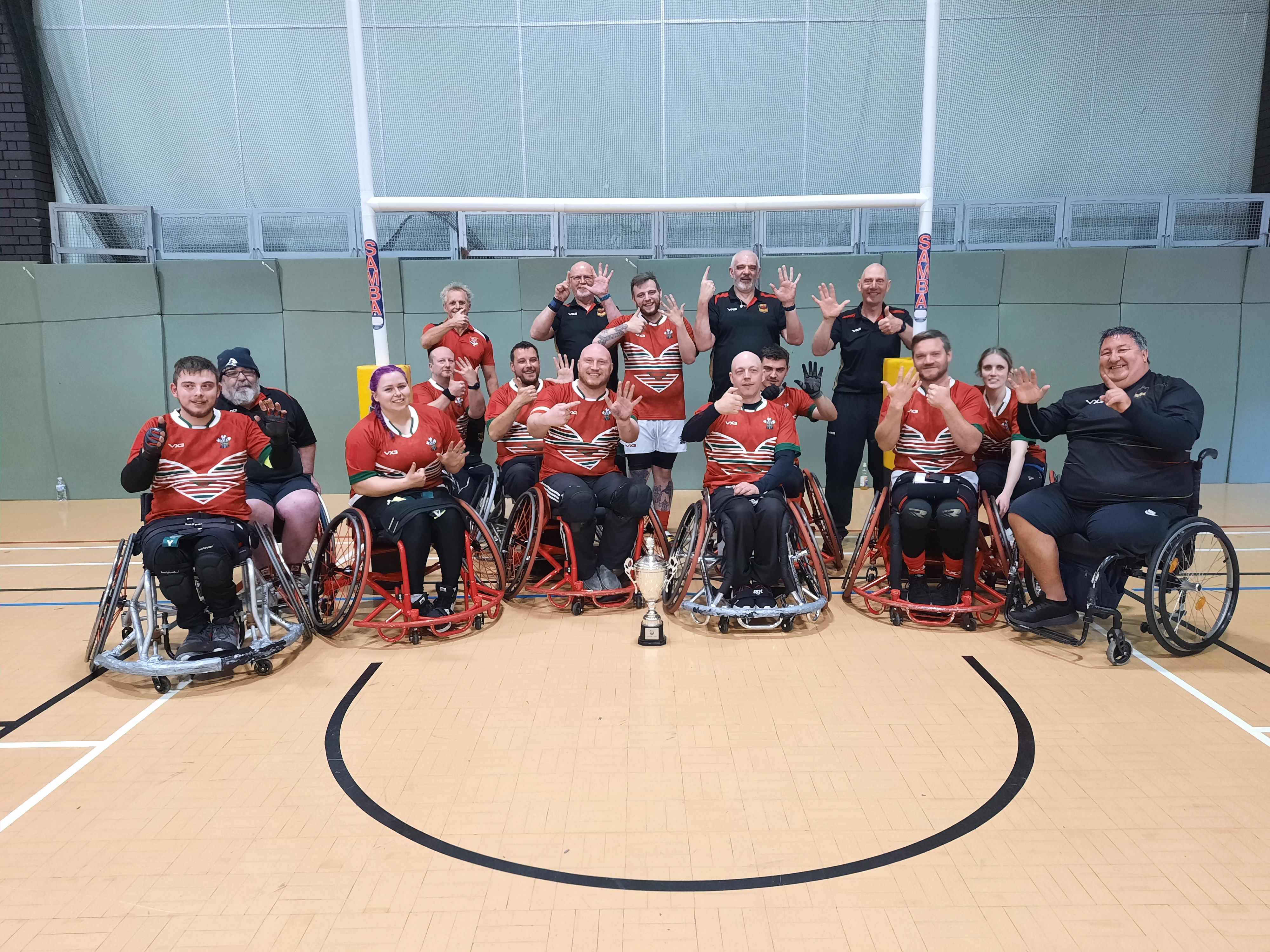