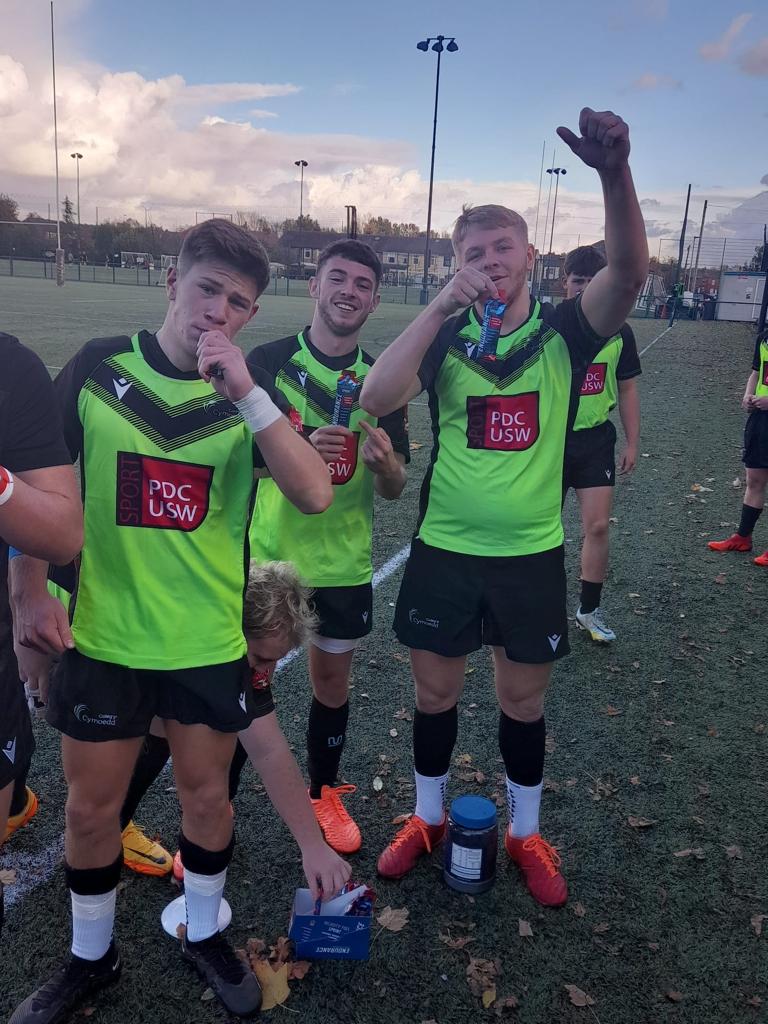 There was a big away win for the WRL National Development Academy at Coleg y Cymoedd on Wednesday afternoon when they beat Wigan & Leigh College 40-12.

After a very clunky start, Cymoedd shook off their rustiness since the half-term break by scoring from a well-worked set, moving the opposition to the left to throw a long ball for Dylan Morgan to finish in the corner.

Connor Lacey then struck with two individual tries with Troy Shearan converting both to take the score to 16-0.

Brandon Richards who was excellent in the first half, joining the line out of the back twice to set up Oliver Ford who scored back-to-back tries. Mason Apsee converted one try to take the half-time score to 26-0.

The second half started badly for Cymoedd, who struggled to complete sets. They then threw cut out passes that were picked off twice for Wigan & Leigh to score two full length of the pitch tries, both converted taking the score to 26-12.

The hosts now had a spring in their step and it took some harsh words from Wayne Ponting, the Cymoedd coach, for the Welsh to react. Cymoedd then dominated the last 20 minutes with Carter Barnes scoring under the post with a 20-metre run, swotting off tackles converted by Apsee.

Finn Northrop then picked up a loss ball to run 40 minutes, backing his pace and scoring in the corner but Cymoedd left the best till last with a perfect set straight off the training paddock, with the strike move seeing Alex Banks offload one-handed to Cole McDonald scoring his first ever rugby league try,