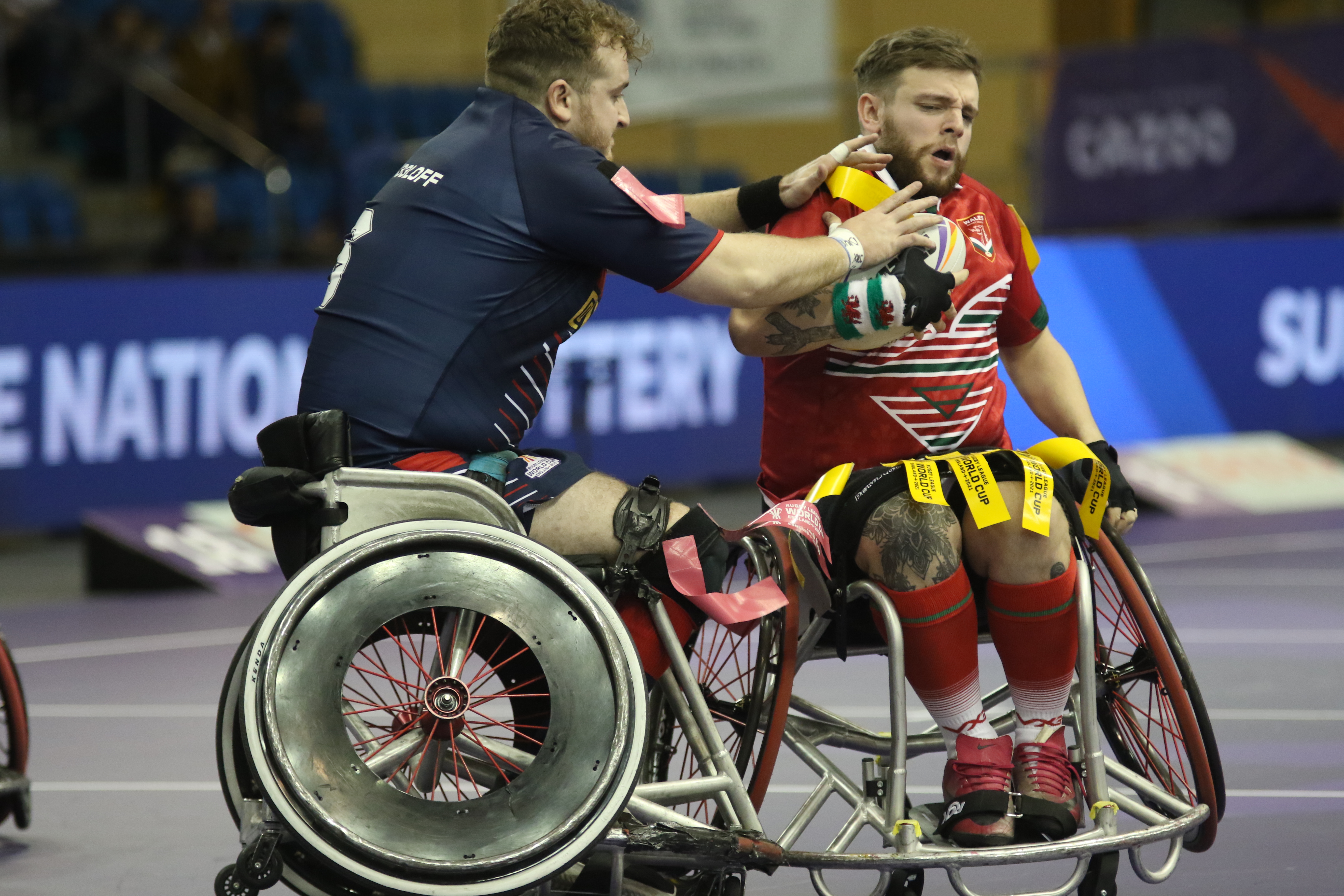 The Wales Rugby League Wheelchair side, who are currently competing in the Rugby League World Cup, are set to make history in February 2023 as they become the first rugby league team outside of the Americas to tour Brazil.

And if you’ve enjoyed watching Wales in the Wheelchair Rugby League World Cup, now is your time to get involved.

Wales, who take on Scotland tomorrow (Thursday, 1.30pm, live on BBC2) to try and qualify for the semi-finals of the World Cup, will take part in a number of collaborative training sessions with their hosts, as well as their own preparations before taking on Brazil in a series of international fixtures.

The fixtures between Wales and Brazil will be for the inaugural ‘Crusaders Cup’, named after Welsh side, North Wales Crusaders following their generous donation of more than 30 wheelchair playing shirts to assist the sport in its early stages within South America’s biggest country.

Your business name could on the playing jerseys, or you could sponsor a player and have your name and business on the Wales Rugby League website, on a tour that will make international rugby league history, as Wales will become the first rugby league team from Europe to tour South America.

Wales international and tour organiser, Harry Jones (pictured) said: “This is a huge opportunity, not only to boost the profile of each team and the sport, but to also showcase and highlight international collaboration.

“Going to a nation where rugby league as a whole is still in its infancy and being able to showcase our sport is massive.

“I truly hope that this tour will help not only Wales and Brazil develop Wheelchair Rugby League, but will also help other countries develop the sport and highlight the importance in cross-club and cross-national collaboration.”

If you would like to be involved in any form of sponsorship please contact harry.jones@walesrugbyleague.co.uk for all the details.

News regarding team selection, fixtures and training dates are to follow in the coming months.