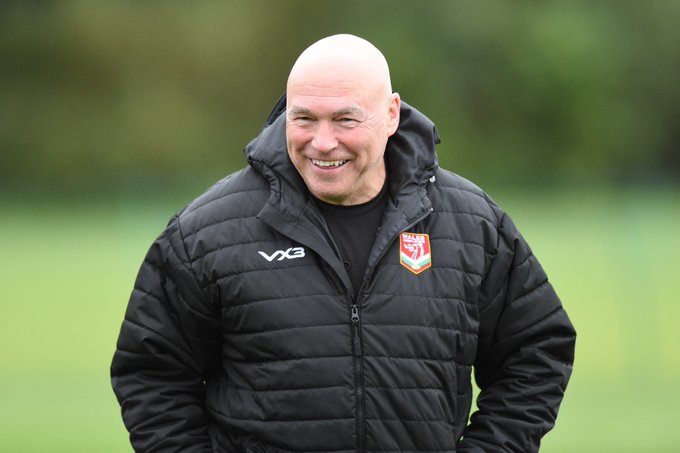 The winner of the first of our Saturday competitions has been drawn.

and he’ll be sent an official WRL VX3 t-shirt.

Another quiz next Saturday.

The quiz was all about the 12 Wales men’s head coaches since 1975 listed at https://rugbyleague.wales/head-coaches.

DAFYDD JONES was one of a number to get all questions correct and he will receive a new Wales Rugby League black T-shirt, courtesy of our partners VX3.

Who also coached Wales Students in two different spells as well as coaching Wales men?
Clive Griffiths
Who took charge of Wales at the “Battle of Brisbane”?
Les Pearce
Which Wales head coach went onto coach Serbia?
Stuart Wilkinson
Which coach brought current captain Elliot Kear into pro rugby league?
John Dixon
Which coach was elected into the WRL Hall of Fame in 2018?
Kel Coslett
Who coached different countries at World Cups 17 years apart?
John Kear
Who was the first head coach to have been appointed by WRL rather than the RFL?
Martin Hall
Who captain Wales and the Lions in both rugby codes before coaching?
David Watkins
Which head coach’s grandfather played for Wales?
Iestyn Harris
Which coach’s rugby union career saw him win a cap for Leicestershire?
John Mantle
With whom would you associate the amazing team name, Houston SaberCats?
Neil Kelly
Which coach made exactly 400 appearances for Wigan during his playing career?
Bill Francis
International RL