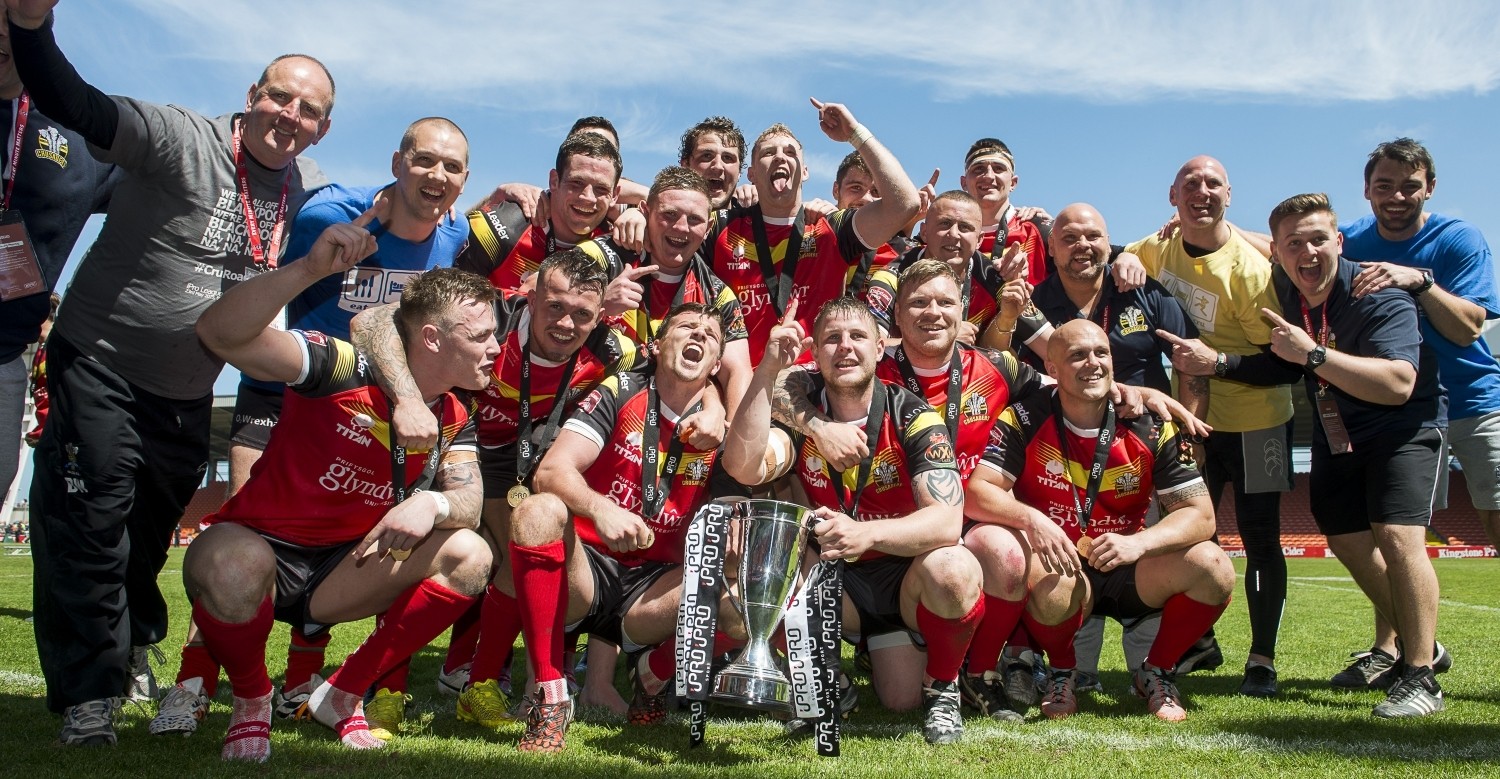 The support that North Wales Crusaders RLFC have received from Wales Rugby League has been much welcomed by the club’s board.

The League 1 club has recently seen the departure of a few key players after the Crusaders board publicly sought new investment to address its financial challenges. After a recent run of good results and a more stable financial structure being put into place, the spirit in club remains positive as it looks to the future.

Crusaders’ director Brian Wake said: “The Board of North Wales Crusaders would like to place on record their extreme gratitude for the support and encouragement the club has received from Wales Rugby League.

“North Wales Crusaders has been going through some serious challenges lately but with the help of WRL, and the Rugby Football League, the light at the end of the tunnel is slowly coming into view”.

“Wales Rugby League has provided strong managerial support from their CEO Chris Thair and others, plus some significant financial loans. This is both recognised and appreciated by all at the club.

Wales Rugby League CEO Chris Thair said: “Following the loans to the Crusaders dating back a couple of years, the outstanding balance is near completion and after various assurances were met, we were happy to change the repayment plan to further assist the club at this present time.

“We have also worked diligently with the club during its takeover process around its finances, structures and operations and I know these interventions have been beneficial. Of course, the Crusaders are run by a separate Board of Directors to WRL and their ultimate success will be down to the club itself however we are glad to assist when required. The Crusaders fans are a wonderful bunch and have been great supporters of the Wales national team.

“Both professional rugby league clubs in Wales remain strategically important to the games development and are therefore important to ourselves as a governing body. By taking over the Scorpions for two years and providing a lot of support to the Crusaders, we have gone above and beyond in recent years however in an ideal world this wouldn’t happen as it slows down our own rate of progression. It is important we are all strong entities in our own right.

“We welcome the public show of thanks from the club and we will remain a family that supports each other along the way.

“The importance of the North Wales region as a whole to Wales Rugby League has been shown a number of interventions over the last few years beyond the direct support to the professional club.

“The Wales senior men’s team who are current European Champions are based each year around Deeside, Flintshire and internationals have been held at the Racecourse ground in Wrexham every year for the last five years. Other WRL representative teams including Wales U16s, Wales U18s, Wales Dragonhearts and Wales Students have either trained or played games in the region. The Wales wheelchair team, who recently won the Celtic cup, are run from North Wales and WRL have consitently funded a fulltime community post in North Wales since 2010. More recently people from North Wales have been trained to deliver match official and coaching courses to further support the growing community game.”