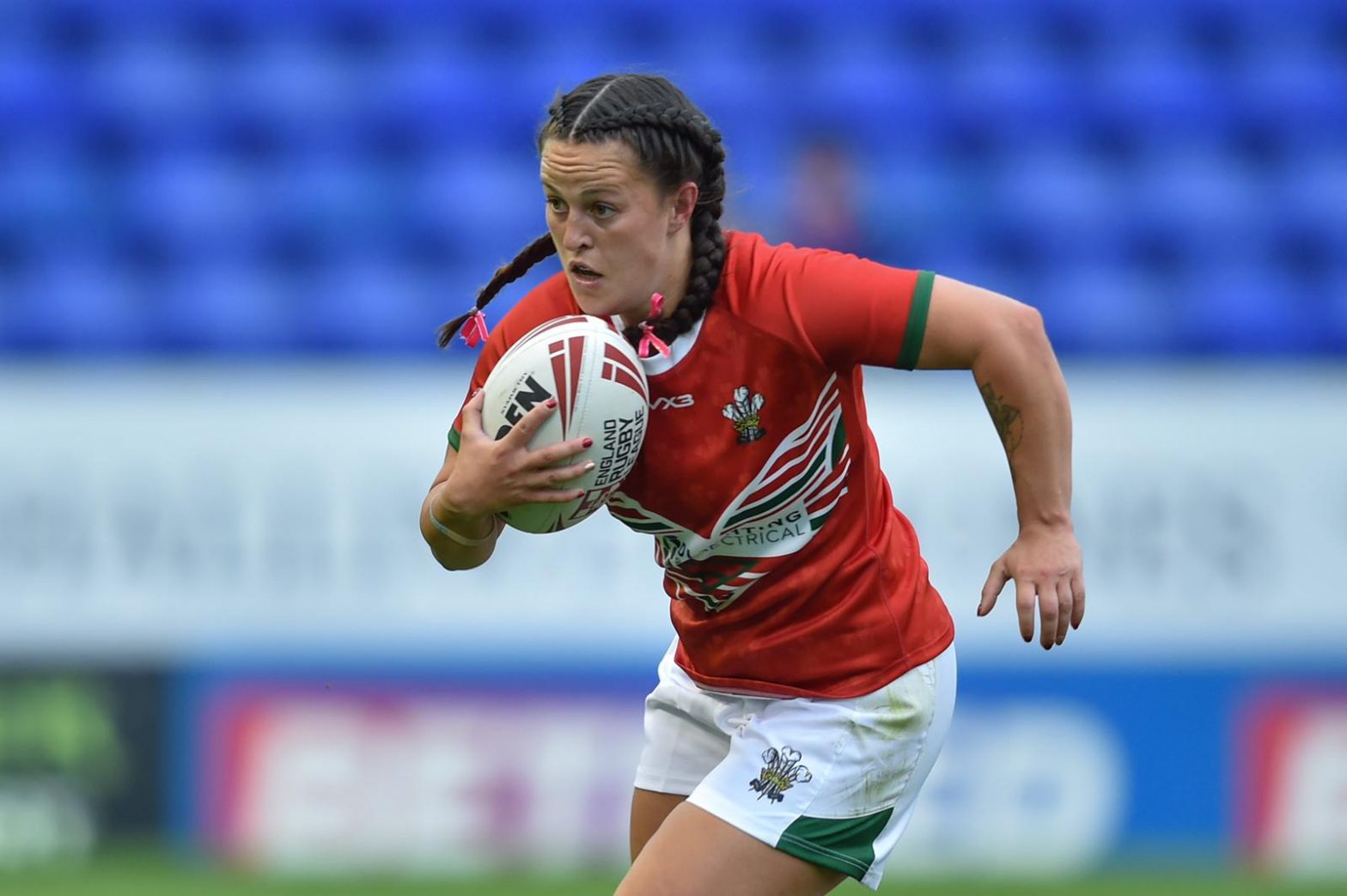 Ffion Lewis has been appointed captain of the Wales women’s side for the test match against Ireland on Sunday 17th October at Stadiwm Zipworld in Colwyn Bay (kick-off 2.30pm).

Tickets for the match can be bought by going to wrl.wales/tickets.

Lewis became Welsh rugby’s 100th dual code international (as in someone who has played for both the Wales rugby union and Wales rugby league sides) earlier this year when she turned out for Wales RL against England.

Starting as a rugby union player, she has won 14 caps in that code, playing for sides like Scarlets, Exeter Chiefs and currently Worcester Warriors. She first played rugby league this year and had a successful season, scoring the winning try for Cardiff Demons against The Army in the Betfred Women’s Super League South Grand Final.

Lewis skippered that side in the absence of Shaunni Davies, who is out of action with a long-term leg injury. Davies also skippered Wales against England earlier this year.

When she takes to the field against Ireland in her second rugby league international appearance, the 25-year old will become Wales rugby league’s third women’s side captain and the 61st of all three major international sides (men, women and wheelchair).

Lewis says: “It’s a massive privilege and a huge honour. Leading such a tight group, I hope I can lead by example. I’m very vocal on and off the pitch, but that’s because I’m so passionate and I hope the girls see that in me as well.

“We’ve come so far as a group over the last few months. Obviously it was a tough defeat against England but the experience we’ve had playing in Super League [with Cardiff Demons] brought us so much closer, and the development we’ve seen recently has been immense.”