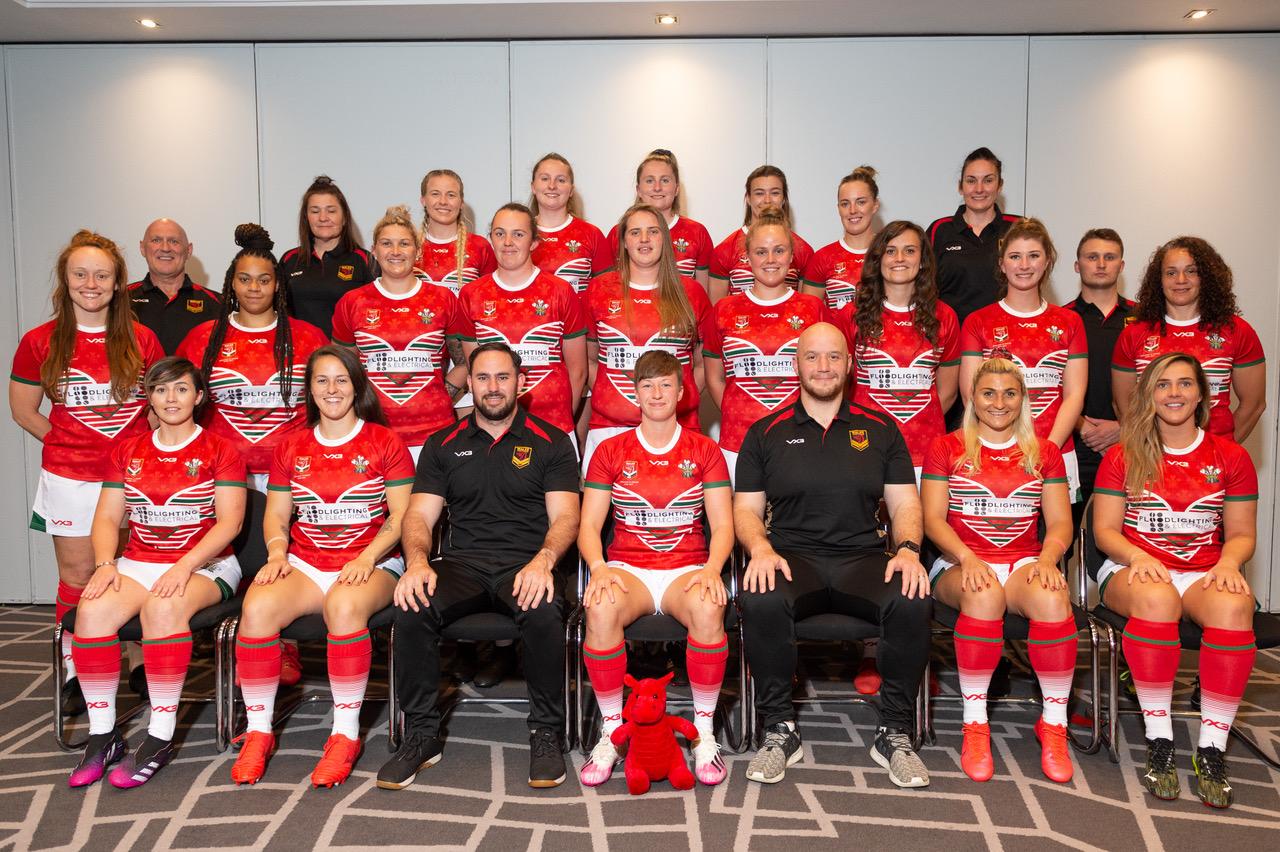 It will be the first full women’s rugby league test match that Wales will have played at home, and it’s also Ireland’s first ever women’s international.

The match is the second part of a double header of Wales v Ireland clashes in North Wales that weekend, with the two wheelchair sides meeting a day earlier in Wrexham.

Brindle has named six potential debutants, five of whom – Ffion Jenkins, Ffion Jones, Bryonie King, Leanna Maybank and Molly Reardon – all starred in Cardiff Demons’ successful Betfred Super League South season, which culminated in Cardiff taking the trophy and Reardon winning player of the match in the final against The Army.

The other remaining uncapped player is Warrington Wolves’ Rebecca Davies, who along with Ffion Jones, was in the Wales squad to face England earlier this year. Jones will hope to join her twin sister Sara in the side this time around.

Wales head coach Thomas Brindle said: “I’m really excited to announce our squad to take on Ireland in another historic occasion. We’ve learned a lot since our first outing, and know the areas that we need to work on.

“A focus for us going into the game is transition – what we’ve done learned from summer, going into this game. We know it’ll be competitive and that Ireland are working hard, and that prospect is exciting for women’s international Rugby League.

“Again, a number of players, will be making their international debut, most of whom have come through the Cardiff Demons, which is great testament to the wider work which is being done across Wales at the moment.”

Tickets, priced £5 for adults, free for children U16, are available now by clicking here. 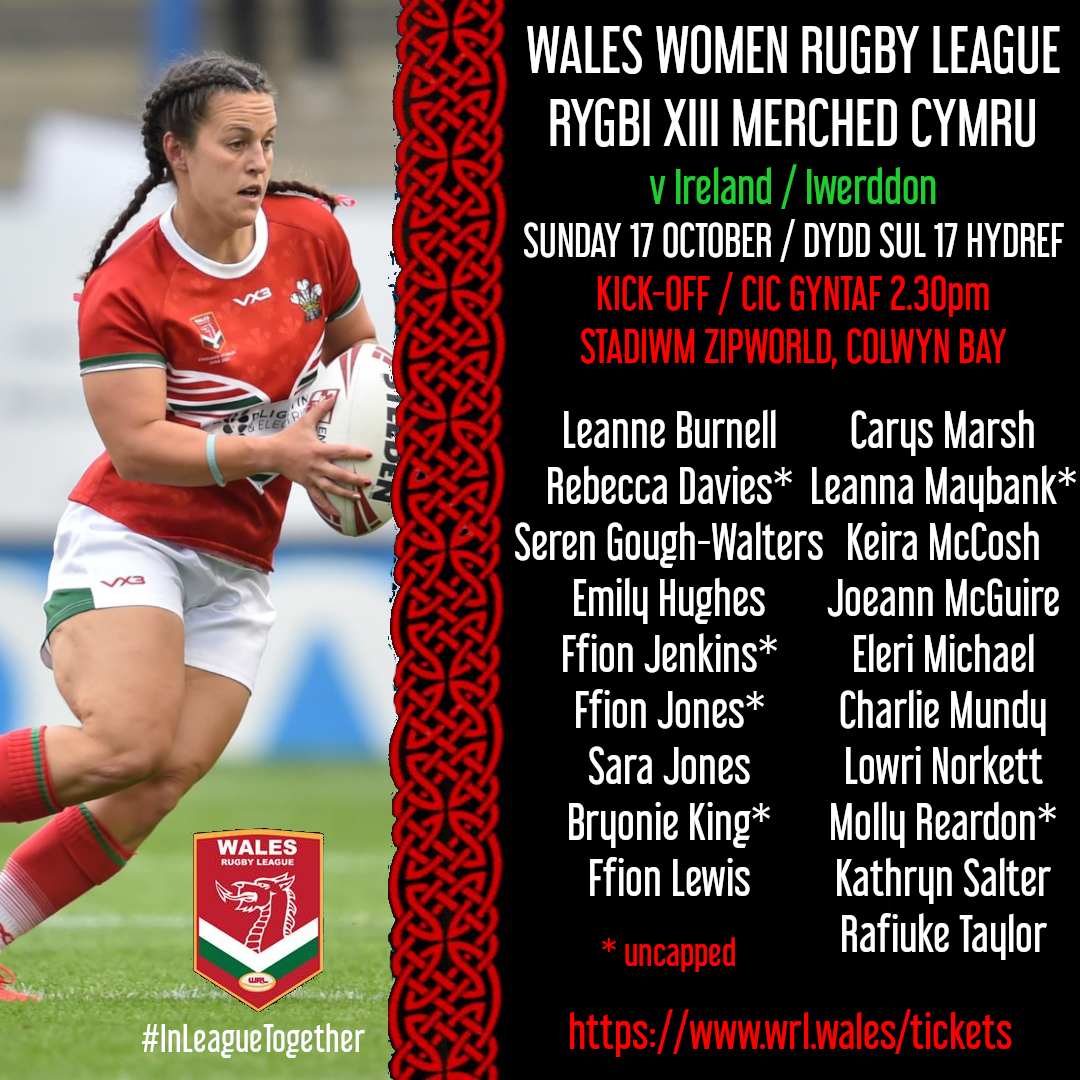