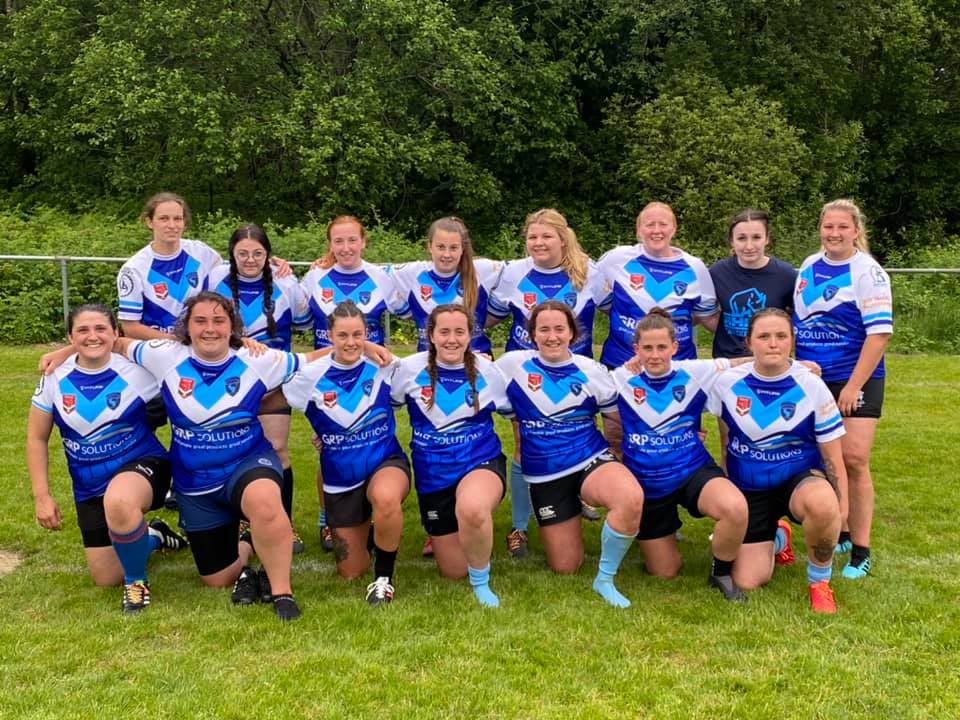 The women’s domestic season begins this Sunday with a clash between Bridgend Blue Bulls and Rhondda Outlaws. Both sides will be fielding their players who have been turning out for the successful Cardiff Demons side in the Super League South, giving each club game a real “State of Origin” style feel to it. With many of the Bridgend players now full internationals, this match is certain to be a lot closer than last year’s affair which saw Rhondda run out big winners. 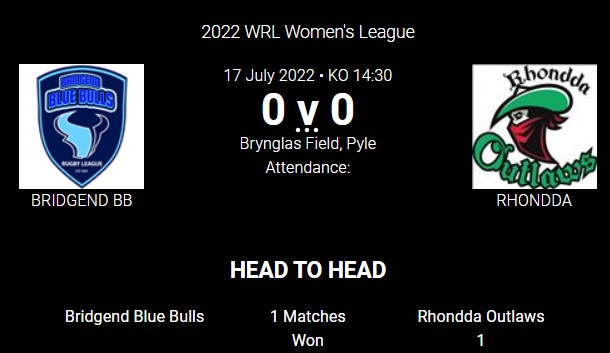 The two clubs met at the same location last Saturday, where former Wales international Steve Parry again led the way for Rhondda Outlaws, scoring four tries as they beat Bridgend Blue Bulls 40-32. He now totals eight tries in the two games he’s played since joining them a fortnight ago. It was another classic as the champions opened the scoring in the second minute through a Dylan Thomas try that was converted by Corey Harris, the first of his three goals that afternoon. Harris also scored a brace of tries, as did Corey Healey, with Llewellyn Hawkes also going over. Gareth Howells added another Bridgend goal. For the Outlaws, Macauley Harris, Jack Griffiths and Myran Turare also scored tries, with Ben Pinnock kicking four goals.

This Saturday, Bridgend Blue Bulls’ men’s side face Black Dragons in Banwen, as the two clubs meet in a 13-a-side match for the first time.

The Outlaws will travel to Aber Valley Wolves as they look to complete the double over the Caerphilly side and maintain their new place at the top of the table. 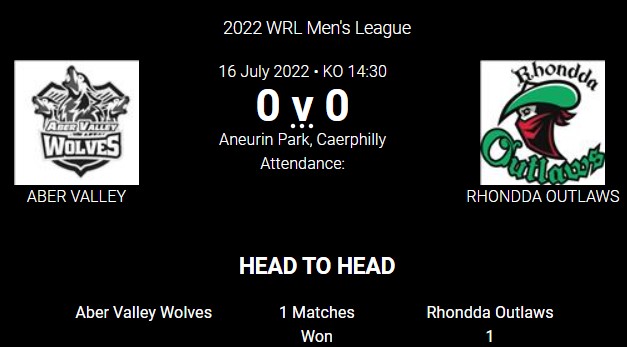 Aberavon Fighting Irish won a thriller at Aber Valley Wolves last Friday to open the weekend. The visitors were 14-0 up on 22 minutes after two tries from Scott Whitlock and one from Finn O’Brien, the latter converted by Whitlock. A David Davies try converted by Keenan Davies pulled the score back to 14-6 at the break before an early second half Jack Dacey try, converted by Isaac Morgan, addressed the balance. Dean Higgs’ arrival for Wolves in the second half helped lead their comeback. He scored two tries, with Keenan Davies adding another, plus two goals. However Cole Quinn’s score, that was converted by Isaac Morgan, midway through the second half, ensured that the Fighting Irish went away with a 26-22 win.

This Saturday, Aberavon will host Cardiff Blue Dragons for the first time in Cardiff’s newish guise since records were reset when the old Cardiff Demons and the short-term Cardiff Spartans merged. When playing against Cardiff Demons, Aberavon won four and lost two in their three seasons of match-ups.