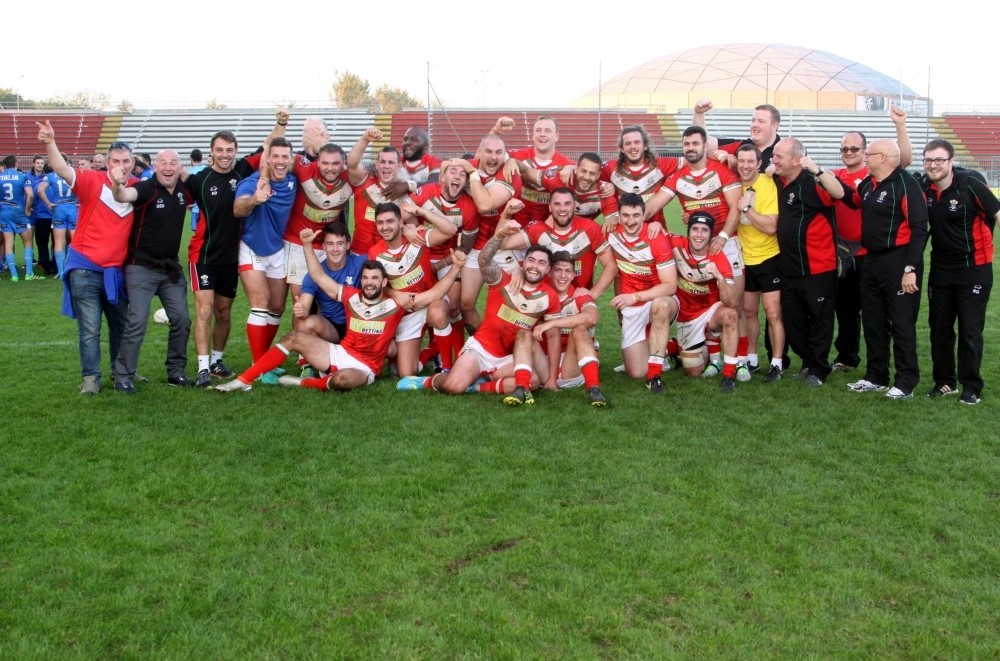 David Hanson, the Labour Party MP for Delyn in North Wales, has called on the UK Government to officially congratulate Wales for reaching the finals of the 2017 Rugby League World Cup.

The exact wording of the motion is “That this House congratulates the Wales Rugby League team, along with England, Scotland and Ireland, on qualifying for the 2017 Rugby League World Cup to be held in Australia, New Zealand and Papua New Guinea in October and November 2017; and calls on the Government to support the team to raise awareness of rugby league and its importance in Wales.”

The proposal has already attracted support from a number of Welsh MPs.

Speaking via his Twitter account, Hanson said: “Pleased to have tabled this motion with North Wales colleagues following discussion with Bob Wilson.”

Wilson has been team manager of the Welsh national side for the past four seasons.

Wales’ victory over Italy to seal a place at the 2017 Rugby League World Cup highlighted the squad’s togetherness, according head coach John Kear.

After trailing 14-10 at the break, Kear’s men shut the Italians out in the second-half with an excellent display that led to one of the country’s most important wins in recent times.

The build-up to the match wasn’t straightforward, as Wales had to draft in a couple of players because of injuries and unavailability in their original 22-man squad.

“There’s been adversity left, right and centre, but they’ve come through it with a very good performance, especially in the second-half,” Kear said.

“We’ve had to bring in players from outside and we’ve had to re-jig the team. We’ve then picked up an injury with Rhodri Lloyd and Joe Burke’s on and off the field with a nose injury.

“How they’ve played reflected how they feel about themselves and each other.

“There’s passion, pride and desire within this group and they’ve shown it in bucket loads during the game.”

Kear believes that his side’s defensive display after the interval is what proved key in his side picking up the win.

He said: “Any successful rugby league team can defend and that’s the top and bottom of it. They’ve done that.

“If you defend well, you get confident in your attack and I’m absolutely over the moon with how they’ve done that. They stuck exactly to what our game plan was.”

Although the World Cup is one year away, Kear’s attention is already turning to it and he wants his players to perform better than they did in the last tournament.

“I’m delighted and I’m looking forward to going to Papua New Guinea, northern Australia and Perth. My big desire is for us to perform well,” he said.

“That’s the goal now, but there is obviously a lot of work for us to do between now and then in order for us to achieve that goal.”