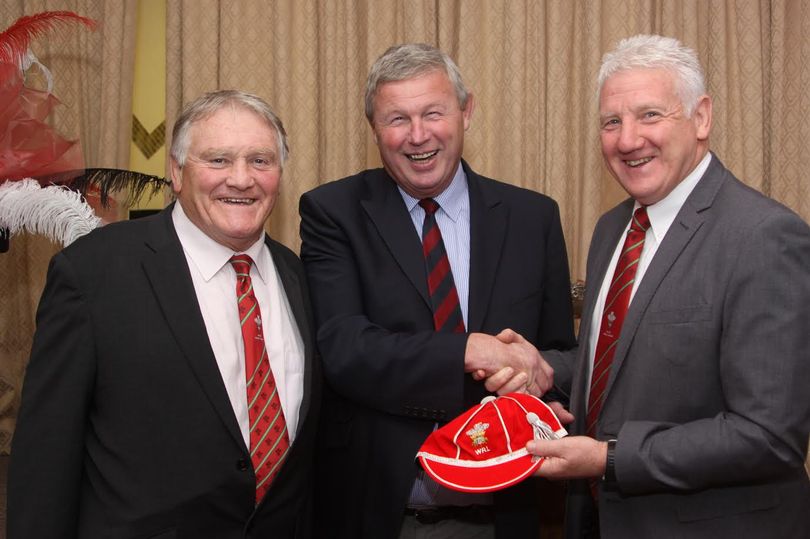 A former rugby player who was once named the “hardest” player in Pontypridd RFC’s history has been given a Welsh cap – from an international fixture 36 years ago.

Chris Seldon, 63, played for both rugby codes was selected to play rugby league for Wales against France and England in 1980 while he was playing for St Helens.

He was handed his Wales cap at a recent Rugby League World Cup qualifying match between Wales and Serbia in Llanelli.

At the time, there was no official ceremony for rugby league players to receive their Welsh caps – but, more than three-and-a-half decades on, WRL chairman Brian Juliff is trying to contact former international players.

Speaking about receiving his Welsh cap, he said: “This is a marvellous gesture and I am thrilled to receive the cap.

“I can reflect on great memories not only playing rugby union but rugby league also.

“At the time when I went north in 1979, you were automatically selected for Wales because there were only about 12 of us! It was different to what it is now.

“I spoke to former Llanelli player Clive Griffiths about receiving a cap, and he said he’d had his about three years later in the post.

“So I mentioned it to Brian and he said it was no problem – I was quite surprised when there was a presentation in Llanelli.”

The Glyncoch man has now been asked to contact all former rugby league players in Wales, as it is the Juliff’s intention to invite all ex-players to future international games.

Seldon added: “We haven’t seen some of the players in about 30 or 35 years, so Brian has asked me to take a very unofficial role, in trying to get in touch with them.”