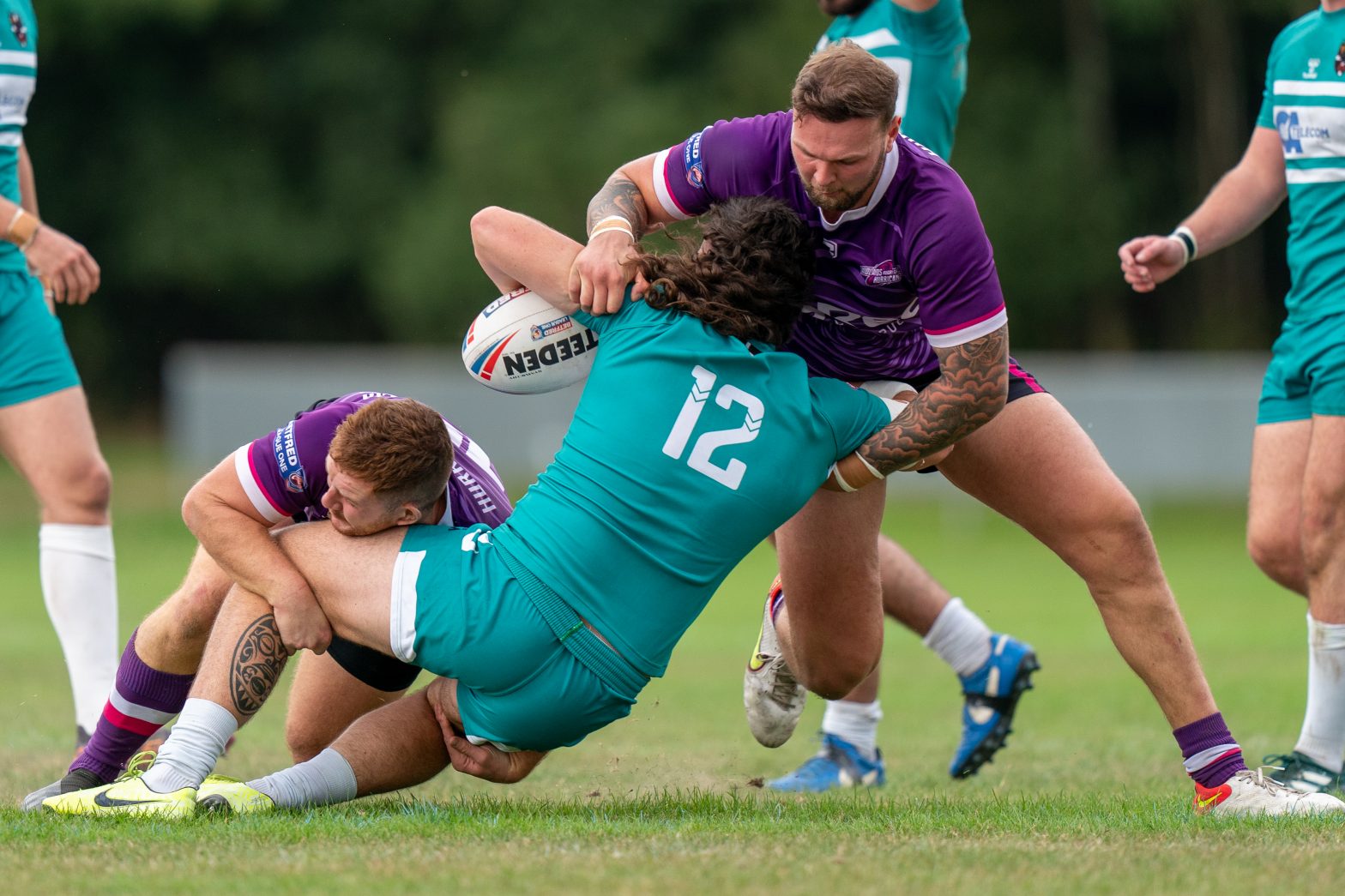 In Betfred Wheelchair Super League, Leeds Rhinos secured the League Leaders Shield following a 76-52 victory away at Wigan Warriors. Jodie Boyd-Ward was a key player for the Leeds side, being instrumental in a number of their tries whilst also having a try disallowed. Wigan featured fellow Welsh team mate, Mark Williams who managing to cross the whitewash on two occasions, including the final score of the match.

In the Middle Fives, North Wales Crusaders took on fellow undefeated side, Hull FC, in a top of the table clash, which would see the winner finish top of the table heading into the play-offs. The Crusaders dominated the game from the get home, securing top spot with a 106-6 victory. The first half saw Welsh internationals Scott Trigg-Turner and Stephen Halsey manage two tries, with the latter adding an additional 16 points off the tee. Welsh captain, Stuart Williams crossed for a hat-trick. The second half was very much the same, with the Crusaders dominating possession and field position with Lucie Roberts and Halsey each grabbing a brace, again the latter adding a further nine goals to his impressive tally. Williams also got on the score sheet again, whilst Scott Trigg-Turner added a further hat-trick to his in-game tally.

In Championship North, North Wales Crusaders ‘A’ continued their unbeaten form as they defeated Sheffield Eagles 60-24 away in Yorkshire. Travelling with a depleted side, the Crusaders seized control over the Eagles in the first half, managing six tries and seven goals. Jess Booth getting her first league try of the season, Welsh international, Mason Baker, recovering from a minor knock gave his services to the ‘A’ side, managing a solitary try and all seven goals in the half. Former Wales international and current assistant coach of the national side, Gary Taylor, crossed for the other four tries of the half. The second half saw the Crusaders take their foot off the gas slightly, however still managing to register 22 points, with another former international and record holder, John Doyle crossing for two tries, Baker continued his fine form from the tee, adding a further five goals, meaning, he is still yet to miss a conversion attempt this season. Taylor added another try to his tally, this marking his five, the most tries he’s ever scored in a match.

As the men’s Super League season came to an end for some clubs, it marked a beginning for one player as Welsh born Joe Coope-Franklin, who debuted for Salford Red Devils at centre in their defeat to Warrington. Coope-Franklin is a product of the Coleg y Cymoedd academy. Rhys Williams also started on the wing for Salford, whilst Luke Thomas appeared for Warrington, scoring his first try for the club as they won 32-14. Elsewhere in Super League, Welsh eligible Harry Smith amassed 20 of Wigan’s points in their 48-4 victory over a youthful Catalans side. Former Welsh international Morgan Knowles started for St Helens as they defeated now-relegated Toulouse Olympique 36-16

In League One, Welsh try scorers were on the menu for Oldham as they beat Hunslet 30-18 to sneak into the play-offs. Owen Restall bagged two with Calvin Wellington claiming one. Sion Jones came off the bench for Hunslet. Mike Butt crept closer to 100 professional tries in Swinton’s 38-12 victory over North Wales Crusaders with Rhodri Lloyd also starting for the Lions. Charley Bodman appeared for Cornwall in their 42-26 defeat at Midlands Hurricanes. Matt Ross was a try scorer for London Skolars as they were crushed 70-22 by Doncaster. Gavin Bennion put in an unusual shift for Rochdale as they named only one substitute in their 56-24 defeat to league champions Keighley Cougars.

In Australia, Tyson Frizell featured in the back-row for Newcastle Knights as they went down 38-16 against Cronulla. Harry Hayes featured for Canterbury Bulldogs U21s in defeat to Cronulla Sharks. Elsewhere play-off action dominated proceedings for the Welsh contingent down under. Daniel Brown started for St Mary’s as they claimed a 36-12 Grand Final win in the Sydney Shield against Penrith Brothers. Ollie and James Olds crashed out of the Brisbane Premier RL title race in a semi-final defeat. Equally unlucky were Ryan Wescombe and Huw Worthington whose efforts were helpless in stopping their Burleigh and Glebe sides being knocked out of the play-offs in the Gold Coast and Ron Massey competitions respectfully.

In the Women’s Super League, Keira McCosh was part of the Warrington Wolves side who beat Castleford Tigers 66-6 in a rearranged game last Tuesday, and in the major semi-final on Sunday, Carys Marsh played well for Wigan Warriors making a try saving tackle live on Sky Sports, but eventually her side went down 12-4 to York City Knights.