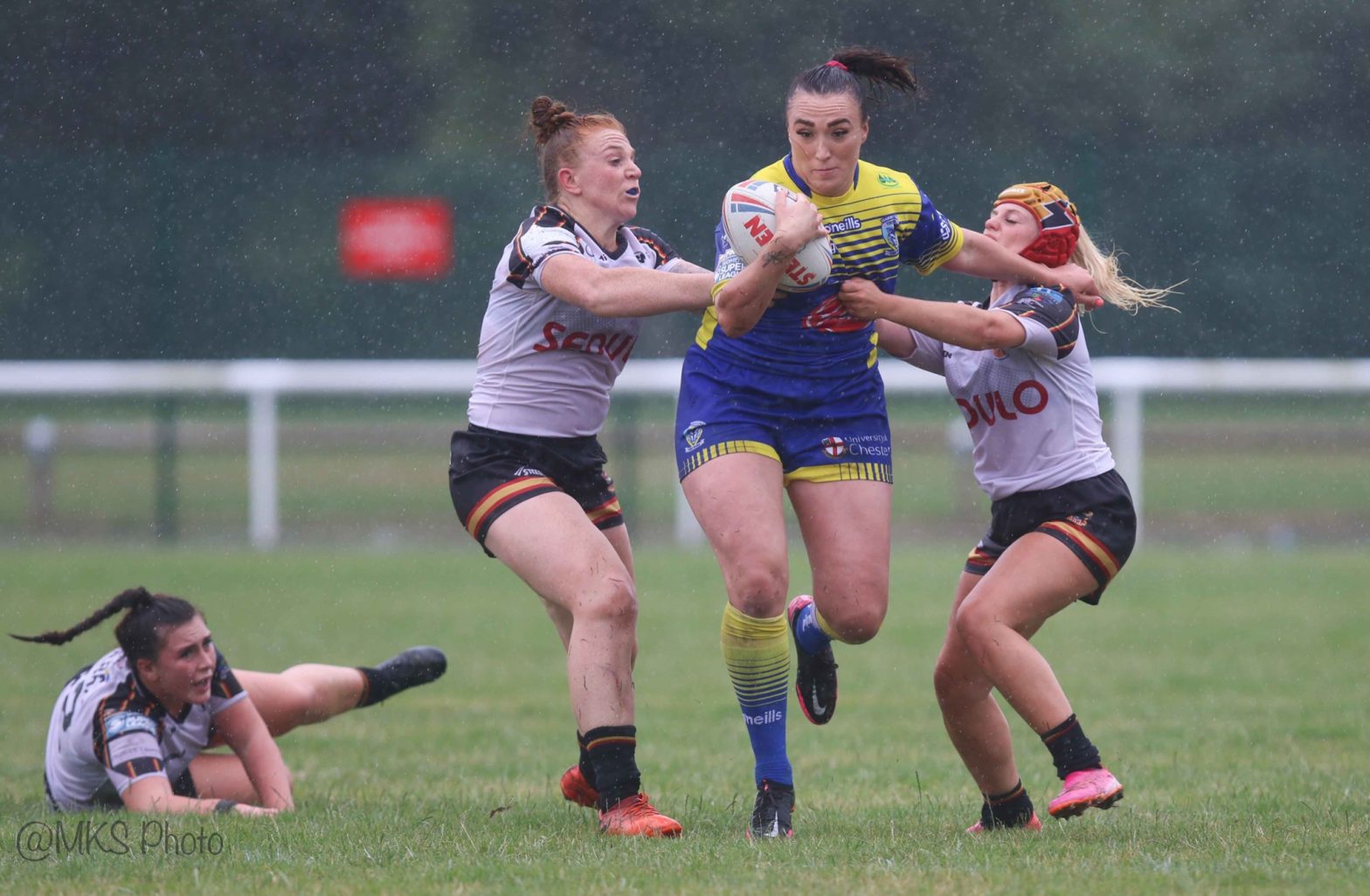 We look back on another busy weekend for Welsh players across the women’s, men’s and wheelchair versions of the sport.

Women
In the Women’s Super League, Fern Davies starred for Warrington Wolves, scoring a try as they beat Bradford Bulls 60-0. Anne Marie-Sayle was in the Castleford Tigers side as they lost 38-4 at home to Featherstone Rovers, whilst Carys Marsh was in the Wigan Warriors line-up as they lost 64-6 at Leeds Rhinos.

Men
Tyson Frizell started for Newcastle Knights in their 42-12 defeat to Sydney Roosters. Elsewhere in Australia, brothers reunited in the Brisbane RL Premier as James Olds was joined by fellow Welsh international, Oliver Olds, for Valleys Diehards in their match against Normanby Hounds. In the third tier Ron Massey Cup, Daniel Brown scored a try for St Marys and Huw Worthington featured for Glebe, also bagging himself a try.

In the Championship, Connor Davies started in the back row for relegation-threatened Dewsbury in their 24-24 draw against Newcastle Thunder. Elliot Kear, Rhys Evans, Ben Evans, Anthony Walker and Chester Butler all featured for a Bradford Bulls side beaten in Cumbria by an impressive Barrow Raiders outfit.

Staying in Cumbria, three Welsh internationals featured on the county’s west coast in a one-sided affair between Whitehaven and Leigh. In a 64-4 drubbing in favour of the away side, Curtis Davies started at hooker for Whitehaven with Will Evans in the centres. Caleb Aekins starting at full back for the victors, scoring twice in the process.

Welsh national coach John Kear continues to mastermind a turnaround in fortunes at Widnes, this time a 24-18 victory over high-flying Batley. Kear named Matty Fozard and Luis Roberts in his side. Another team on the up are London Broncos, who scored another impressive victory, this time 38-10 against Halifax Panthers – Dalton Grant scoring once for the home side.

A delayed kick-off in South Yorkshire was a result of many things going against cellar-dwelling Workington Town, including the 64-6 score line against Sheffield Eagles. John Hutchings featured from the bench for the depleted and defeated Workington side.

In League One, Charley Bodman continued his run of starts for Cornwall in their 44-10 defeat against Swinton who named Rhodri Lloyd and uncapped Paddy Jones in their match day squad. Sam Bowring started in the second row for Midlands Hurricanes in their heavy defeat against Keighley Cougars, while Cobi Green and Gavin Bennion started for Rochdale Hornets in their 32-14 victory over London Skolars.

Owen Restall and Calvin Wellington once again started for Oldham as they triumphed 38-0 against a West Wales Raiders team featuring Joe Burke. In North Wales, promotion chasing North Wales Crusaders achieved a 36-26 victory over Hunslet. The home side included Rob Massam, who bagged a try. The away side included Sion Jones among their interchanges.

In the reserves championship, Kyle Evans faced off against Lewis Pinder in a 24-20 victory for Wigan against Wakefield, and Jude Ferreira led a young London Broncos side in their defeat to Bradford Bulls. Meanwhile, Luke Thomas was on the right side of an 80-4 victory for Warrington against Newcastle Thunder, who featured former Wales junior international James McGurk.

Wheelchair
In the early kick off on Saturday, Leeds Rhinos faced off against fellow Super League highfliers, Wigan Warriors. In a tightly contested game, Leeds managed a 62-40 victory with Welsh international, Jodie Boyd-Ward, managing a quick-fire brace of tries. The game also featured former Welsh captain and current squad member, Mark Williams as he donned the famous Cherry and White jersey of Wigan.

In the later kick-off, North Wales Crusaders continued their unbeaten streak in the Middle 5’s as they faced off against rivals, Warrington Wolves. A strong demonstration of ability by the Welsh contingent in the side with Stephen Halsey crossing the try line to open the scoring for the Crusaders. Lucie Roberts, in her first game since sustaining an ACL injury, also crossed in the first half with Welsh captain, Stuart Williams crossing for five first half tries. The first half scoring was completed with five conversions from Stephen Halsey, one from Mason Baker plus a penalty goal from Baker. All these points took the crusaders to a convincing 42-14 lead at half-time.

The Crusaders put their foot even further on the gas in the second half, managing to score 54 points, conceding just eight in the half. Roberts bagged herself a second half hat-trick while Halsey completed his own hat-trick and managed a further seven conversions. Williams managed to add another try to his in-game tally whilst Scott Trigg-Turner got over for four tries. The Crusaders team also featured, Ricki Davies who played his first game of two for the weekend. The Crusaders ultimately romped home with a 96-22 victory.

In the Sunday game, Crusaders ‘A’ completed the second consecutive Crusaders victory double header with a 40-14 victory over table toppers, Bradford Bulls. A tightly fought first half saw the Crusaders go into the break with an 18-6 lead with Welsh international, Ricki Davies leading the charge for the Crusaders. The Crusaders dominated the second half, with more points from Welsh international, Davies. Rhe pick of the bunch, though, came from uncapped Englishman, Daniel Clarke, who hit the posts with a penalty attempt on the hooter but his quick reaction managing to collecting the live ball before going out and touching down for the final score of the game. Crusaders ‘A’ took the spoils with a 40-14 victory.