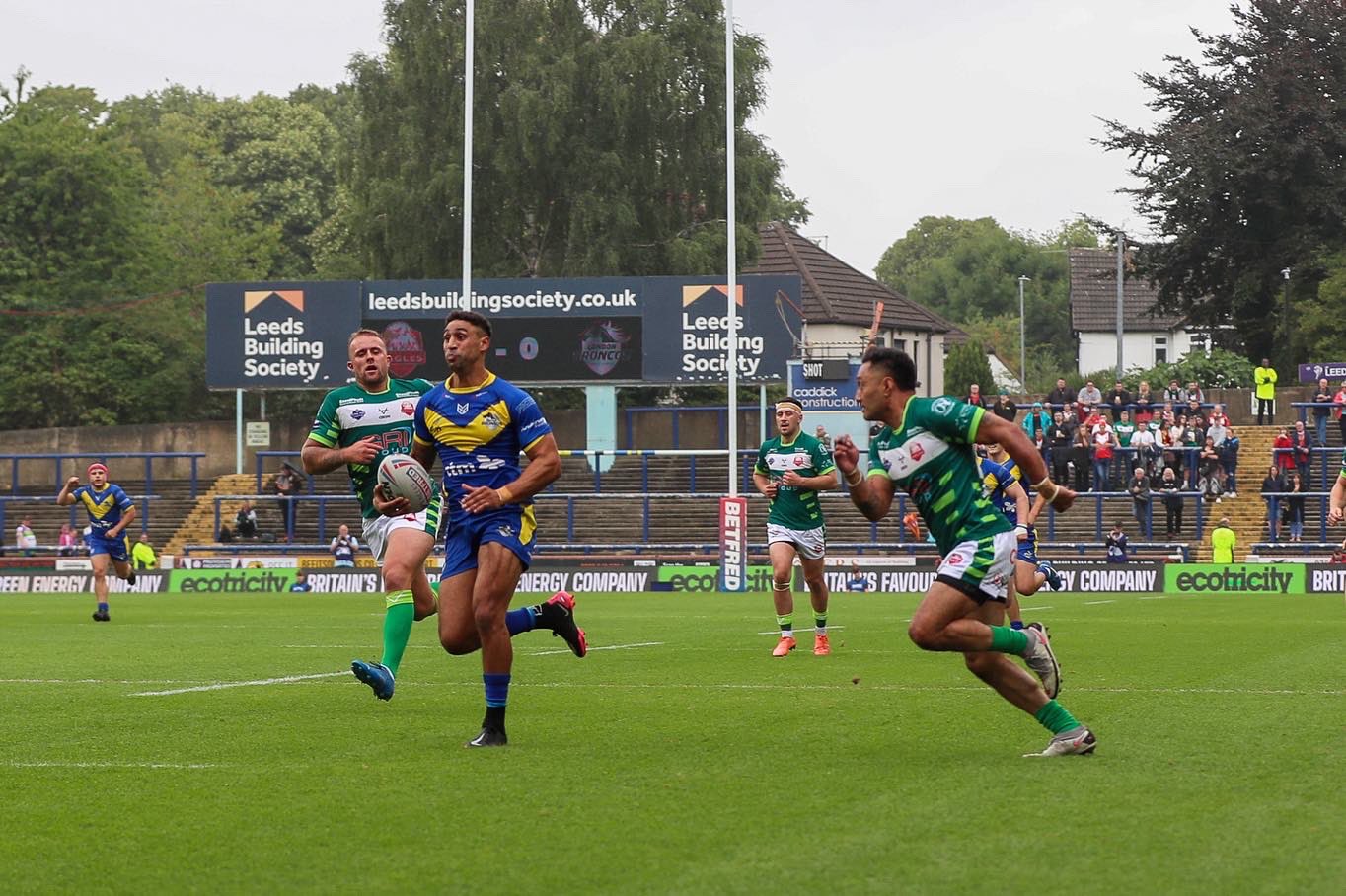 We look back at last weekends action as Welsh men and women looked to impress for their club sides.

In the Women’s Super League South, Cardiff Demons lost for the first time, going down 20-18 to London Broncos. It means that the Broncos finish top of the regular season table, ahead of the semi-finals on August 14. Welsh internationals Emily Hughes and Kathryn Salter were in the London side with Hughes going over for their first try. Cardiff’s team was, as always, competed by all Welsh players, and their scores all came for Wales internationals, with Molly Reardon going over for two tries, while Charlie Mundy and Bryonie King scored a try apiece. Leanne Burnell kicked their solitary goal. A further nine capped players took to the field for the Demons.

In the north, Warrington Wolves claimed a massive 102-0 win away at Wakefield Trinity, where Fern Davies scored one of the nineteen tries and Keira McCosh also starred. Finally, Anne Marie-Sayle was in the Castleford Tigers side as they lost 50-4 at Leigh Miners Rangers.

In Australia’s NRL competition, Tyson Frizell started in the back row for Newcastle Knights in a 24-10 loss against the Bulldogs.Staying down-under, the Olds brothers led Valleys Diehards to a 34-20 victory in the Brisbane premiership – James scoring 10 of his teams’ points with one try and three goals.Two Welshmen featured in NSW’s Ron Massey Cup. Both Huw Worthington and Daniel Brown were on the losing side for Glebe and St Marys respectively.Welsh eligible Harry Smith kicked five goals in a thumping Wigan Warriors win, this time against Hull KR 46-4. Elsewhere in Super League, things were less clear cut for Gil Dudson and his Catalans side who were beaten 32-36 in a golden-point thriller against Leeds Rhinos. Regan Grace limped from the field in St Helens shock 44-12 defeat to in-form Salford.The Championship had its weekend in the sun thanks to the return of the Summer Bash where all seven games were held at Headingley Stadium in Leeds.Welsh international Dalton Grant kicked the weekend off in style with a fantastic 50 metre finish to score London Broncos’ first try in their 38-12 defeat to Sheffield Eagles.Connor Davies was on the wrong end of a 60-6 heavy woollen derby defeat for relegation threatened Dewsbury against neighbours Batley Bulldogs. Bradford once again fielded five Welshmen in Elliot Kear, Rhys Evans, Ben Evans, Anthony Walker and Chester Butler. The Bulls succumbed to a 22-6 loss against a Halifax Panthers side in fine form.Things were far more rosy for Caleb Aekins who continued his try-scoring form for runaway Championship leaders Leigh Centurions, this time bagging two in their 46-16 victory over second-placed Featherstone.Day 2 of the Bash saw Matty Fozard and Luis Roberts cross for tries as part of a Widnes side beaten 36-24 by Barrow. Will Evans and Curtis Davies featured for Whitehaven who got a much needed 28-10 win over west Cumbrian neighbours Workington, who fielded John Hutchings. Evans bagged a try in the process.In League One, Sion Jones’ Hunslet we’re on the wrong end of a historic result for a Midlands Hurricanes side containing Sam Bowring. Matt Ross started at loose-forward in London Skolars 46-6 victory over Cornwall. The choughs featured Charley Bodman in their side.Owen Restall and Rob Massam both scored tries when North Wales Crusaders met Oldham, Restall ending up on the losing side.

On Sunday, Wheelchair international Jodie Boyd-Ward was a member of the Leeds Rhinos team that took on fellow Super League title contenders, Halifax Panthers. However, Jodie was unable to guide her team to victory as they fell to a 79-46 defeat.