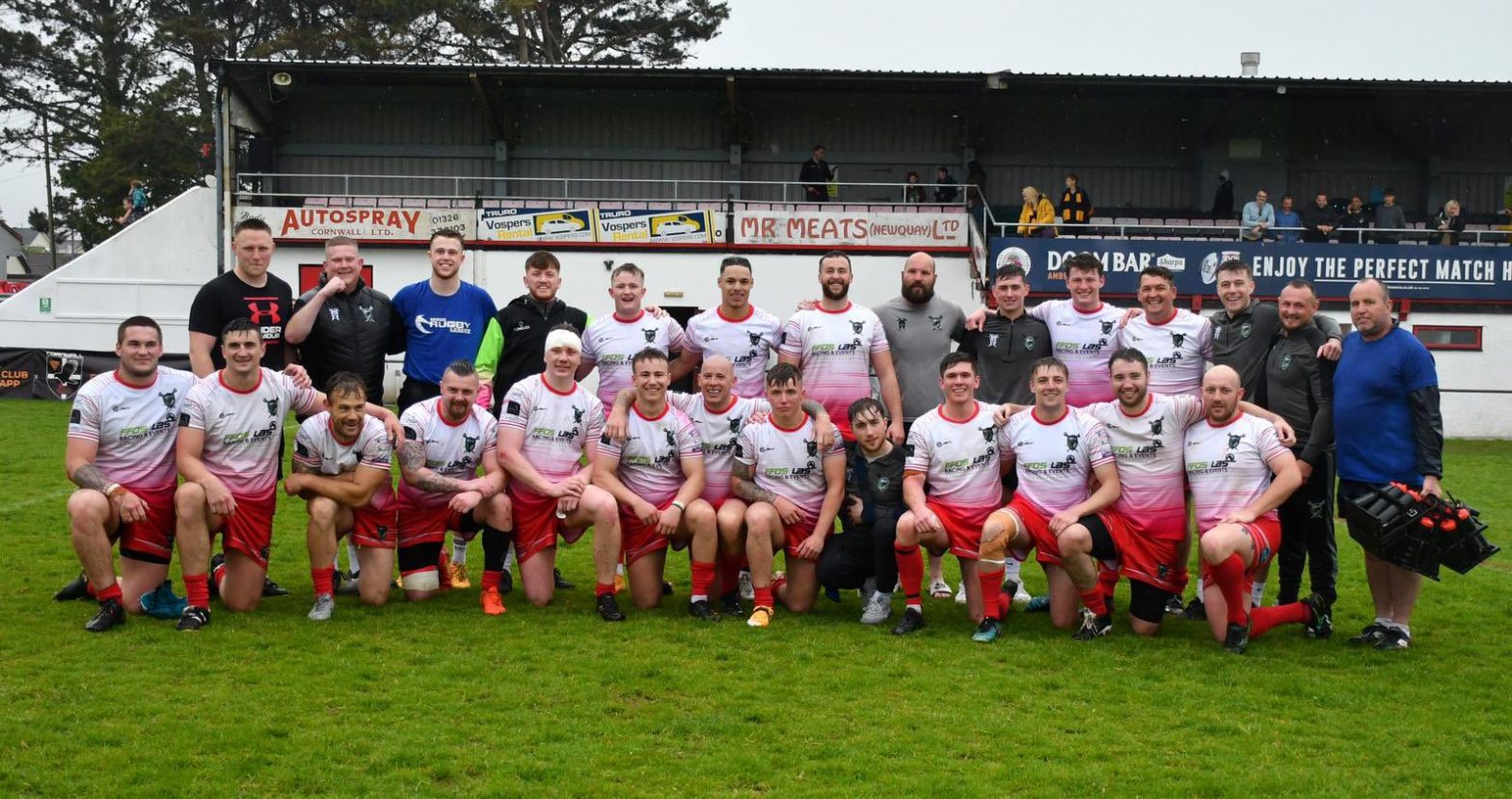 West Wales Raiders achieved their first-ever professional shutout as they won 20-0 at Cornwall. Full men’s international Joe Burke was one of 11 Welshmen in the side. There were two Welshmen in the defeated Cornwall side – Will Odgers and Jake Lloyd. Elsewhere in League 1, North Wales Crusaders made it eight wins out of eight, beating Oldham 30-16 with Rob Massam again getting a try for Crusaders. Keighley Cougars kept up their chase of the league leaders with a 40-16 win over Rochdale Hornets for whom Gavin Bennion started. Meanwhile, Mike Butt scored a try for Swinton Lions, and Rhodri Lloyd also starred, as they won 28-16 at Hunslet Hawks.

In the Championship, Matty Fozard scored a hat-trick of tries for Widnes Vikings, as they had a massive 56-16 win at home to Whitehaven. Caleb Aekins didn’t score this week, but his Leigh Centurions side totally outclassed Batley Bulldogs 52-0 away from home on the Premier Sports live game on Monday night. Elsewhere in the Championship, Connor Davies was in the Workington Town side as they lost 26-12 at Barrow Raiders. Elliot Kear, Chester Butler and Anthony Walker were in the Bradford Bulls side as they lost 20-6 at home to York City Knights. Finally, Jude Ferreira and Will Blakemore both started for London Broncos as they lost 52-22 at home to Newcastle Thunder.

In the men’s Super League, Gil Dudson scored a try for Catalans Dragons as they beat Warrington Wolves 40-8. There was further French success as Toulouse Olympique beat Wakefield Trinity 20-14, although Toulouse’s Welshman Lloyd White picked up an injury early in the game.

In Super League Reserves, Jermarie Chatham scored two tries for Hull FC as they raced to a 76-6 win over Newcastle Thunder. Kyle Huish and Lewis Pinder both starred for Wigan Warriors as they won 72-6 at London Broncos, whilst Lewis Hall and Jacob Lee were in the Salford Red Devils side as they lost 42-16 at St Helens.

The Women’s Super League started back last weekend with mixed fortunes for our international squad members. Fern Davies scored for Warrington Wolves as they won 32-6 at Barrow Raiders. Kath Salter, Hari McCormack and Emily Hughes were all in the London Broncos side as they beat The Army 22-12. Finally, Carys Marsh was in the Wigan side who lost 44-0 at St Helens.

Congratulations to our @leedsrhinos Wheelchair team who booked their place in the Final again winning 36-6 vs @hxwhrl– making it 7 wins from 7 in today’s festival!

We’ll be back to defend our trophy on Saturday 25 June! 🏆🏉 pic.twitter.com/kn1U3tlwRG

In a rearranged Wheelchair Super League match last week, Jodie Boyd-Ward went over for two tries as Leeds Rhinos beat Warrington Wolves 84-24. She was on target again with another couple of scores as Leeds qualified for the Challenge Cup Final in Hull on June 25. All the Final qualifiers were played throughout the day on Saturday in a series of round robin mini matches. Leeds beat London Roosters 20-0, Catalans Dragons 8-0, Hull FC 18-0, Halifax Panthers 24-6 and Wigan Warriors 8-6. That gave them a semi-final against Halifax which they won 36-6. Jodie’s fellow Wales international Mark Williams was also on target during the day as he scored a try for Wigan in three of their group games, as they beat Hull 36-6 and Warrington 30-0, but lost to Catalans 20-4. He was scoreless in their 11-2 win over Halifax and 10-6 victory over London. Wigan reached the semi-finals but lost 30-6 to Wigan.

Finally, in the NRL Magic Round, Bradman Best was on the scoresheet with a try for Newcastle Knights as they opened the weekend in Brisbane with a 16-6 win over Canterbury Bankstown Bulldogs.