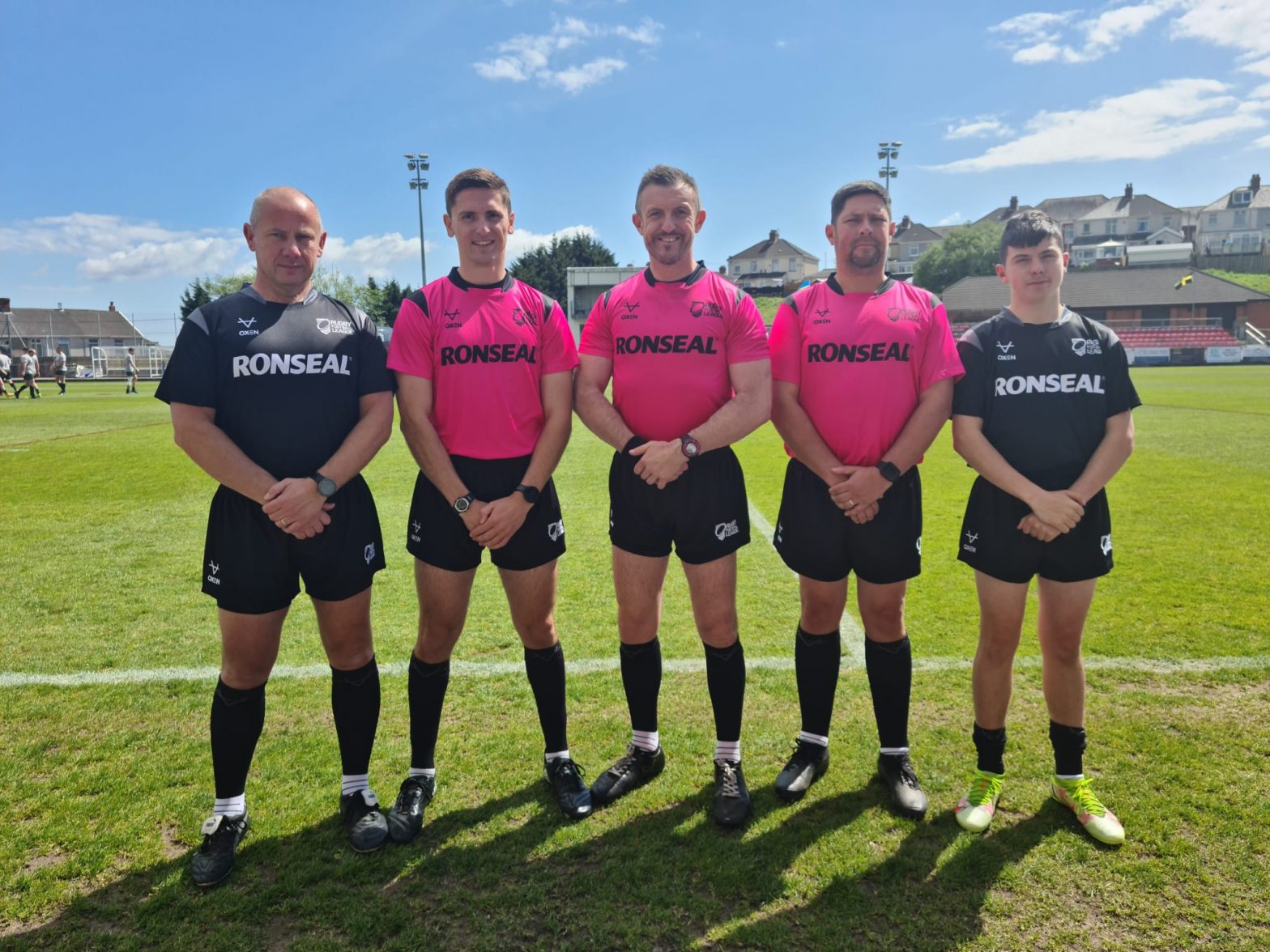 Wales Wheelchair, as already reviewed here, won the Celtic Cup for a sixth successive time on Saturday, beating Ireland 64-22 and Scotland 116-6, the latter being a record win for any Welsh international rugby league side. Stuart Williams grounded six times, making him the first player to hit 50 Welsh international rugby league tries. Scott Trigg-Turner racked up ten tries (five in each game) and 22 goals during the day.

History was also made in the running game in Llanelli on Saturday, when the match officials team for West Wales Raiders v Keighley Cougars were entirely Welsh-based. Referee James Jones was assisted by Kristoff Young and Rob Apsee. Ian Curzon was the reserve official with Mason Apsee as interchange official – a rare, but not a first occurrence of father and son match officials team in Wales. The match itself saw West Wales Raiders field 13 Welsh players, including full men’s international player Joe Burke, and a number of junior and community internationals – all of them coming through the WRL development system. Raiders lost the match 46-4.

👌 Pin-point kick from @BillsboroughNo7 to set up @robmassampt last weekend!

North Wales Crusaders remain top of League 1, putting in their best performance of the season so far as they beat Doncaster 46-0 away from home, with lone Welshman Rob Massam going over for a try. Elsewhere in the division, Rochdale Hornets kept up the pressure on Keighley and North Wales by beating Midlands Hurricanes 44-24. Gavin Bennion and Cobi Green scored one try each for Rochdale whilst Sam Bowring was in the Midlands line-up. Swinton Lions are in fourth place in League 1 after beating London Skolars 58-14. Rhodri Lloyd scored a try for Swinton, with Mike Butt also starring. Finally, Jake Lloyd and Will Odgers, the latter completing a move from West Wales Raiders, were in the Cornwall side as they lost 52-16 at Hunslet.

There was Welsh involvement in the Cup semi-finals last weekend. Harry Smith kicked two goals for Wigan as they beat St Helens 20-18 in the Challenge Cup semi-final. Caleb Aekins scored a try for Leigh Centurions as they beat Sheffield Eagles 30-12 in the 1895 Cup semi-final. Also Spurs bound is Craig Kopczak. His Featherstone Rovers side beat Tom Hopkins’ Barrow Raiders 46-6 in the other semi.

In Australia, Bradman Best was in the Newcastle Knights side as they lost 36-16 at North Queensland Cowboys in the NRL. In the NSW Cup, Bailey Antrobus was also on the losing side as St George Illawarra Dragons Reserves lost 26-6 to Canterbury Bankstown Bulldogs Reserves. That match, the second of a double header in Wollongong, was preceded by a match between the two clubs’ U20s sides that ended 16-all. Sam Hughes was in the Bulldogs side.

Finally, Rebecca Davies was in action yesterday evening (Wednesday) for Great Britain Teachers in their 44-0 defeat to England Students in the President’s Cup.