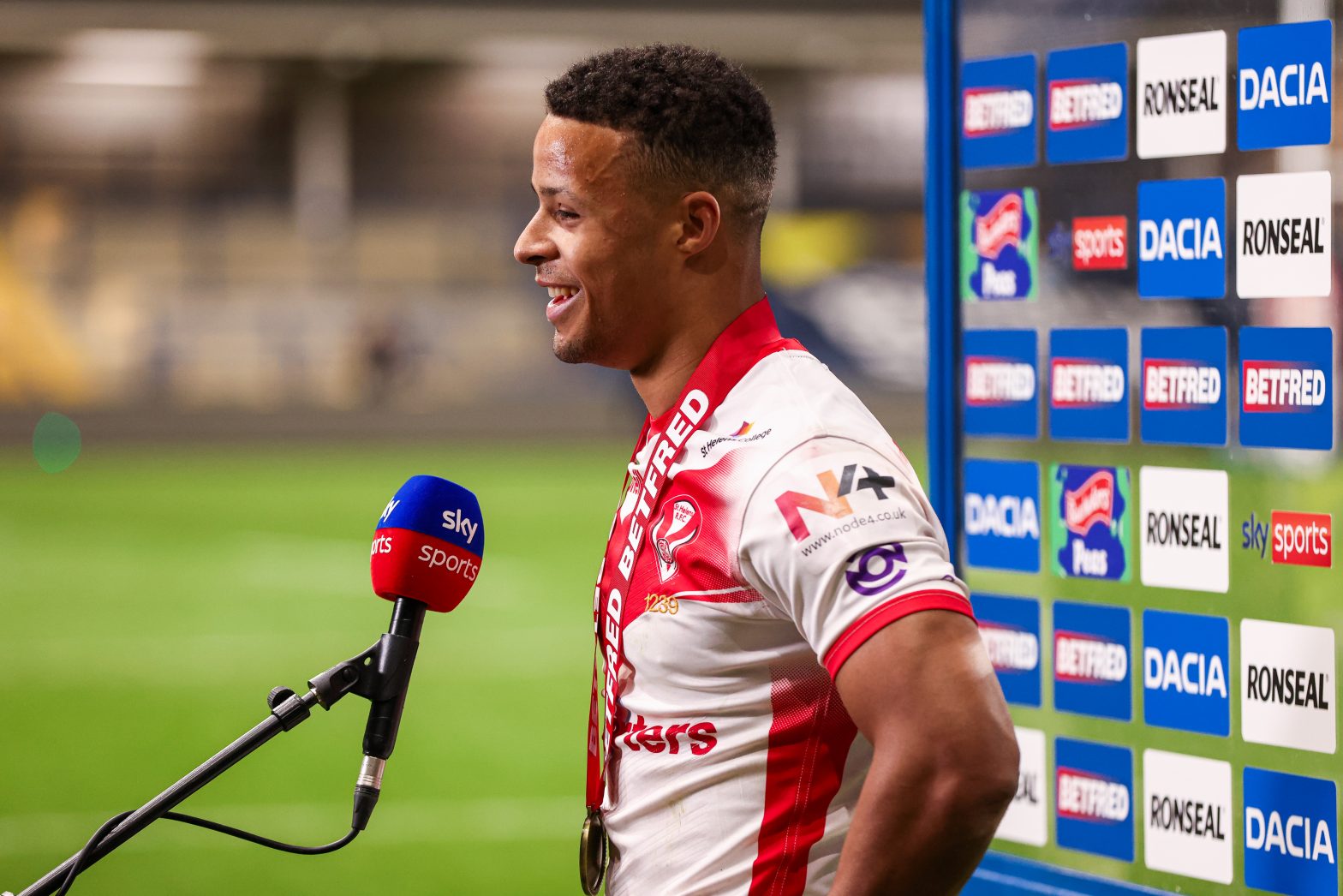 We take a look at how Wales internationals are getting on with their clubs in the latest edition of Gwylio’r Cymry.

In the quarter-finals of the Challenge Cup, Regan Grace scored a hat-trick in St Helens’ 23-18 victory over Huddersfield Giants.

Gil Dudson started at prop for Catalans Dragons in their 16-6 defeat to Warrington Wolves.

Rhys Williams was on the wing for Salford Red Devils in their 19-18 loss to Castleford Tigers.

In the Championship, Matt James featured for Sheffield Eagles as they were defeated 30-18 at home by Batley Bulldogs.

Mike Butt and Rhodri Lloyd, scoring one, both starred for Swinton Lions in their 23-22 deficit to John Kear’s Bradford Bulls, who named Rhys and Ben Evans, Dan Fleming and Ant Walker in their side. Luis Roberts, who is part of Kear’s elite train-on squad, also turned out for the Lions.

Matty Fozzard was a try-scorer for London Broncos in their 50-30 win over Newcastle Thunder.

Lloyd White was on the scoresheet for Toulouse Olympique in their 70-0 success over Widnes Vikings.

Former Wales captain Craig Kopczak, who has now retired from international rugby league, was in the Featherstone Rovers squad for their 16-12 win at York City Knights.

On the opening weekend of the League 1 campaign, both Ben Morris and Rob Massam featured for North Wales Crusaders in their 44-24 victory at London Skolars, with the latter grabbing a try.

Gavin Bennion scored for Rochdale Hornets as they saw off West Wales Raiders at home 40-16, with Dai Evans, Ashley Bateman, Morgan Evans and Joe Burke all starring for the visitors. A number of players who’ve featured for other Welsh representative sides were in the Raiders’ squad.

Sion Jones had a run-out for Hunslet during his loan spell from Halifax as they lost 28-16 to Workington Town, who named Calvin Wellington in their side.

Over in Australia, Josh Ralph was in the halves for North Sydney Bears in their 39-0 New South Wales Cup loss to Parramatta Eels.

Bailey Antrobus started at second row for St George Illawarra Dragons in their 36-22 success over the Mounties in the same competition.

Will Evans started at fullback for Burleigh Bears in their 34-22 defeat to the Devils in the Hastings Deering Colts competition in Queensland.

Daniel Brown was a try-scorer for Saints in their 36-6 Ron Massey Cup success over the Mounties.

In the NRL, Tyson Frizell, having since switched to play for his home country Australia, scored for Newcastle Knights in their 24-16 victory over Canberra Raiders, who named elite train-on squad member Caleb Aekins at fullback.

In the women’s game, Carys Marsh started for Wigan Warriors in their 30-24 Super League defeat to York City Knights.