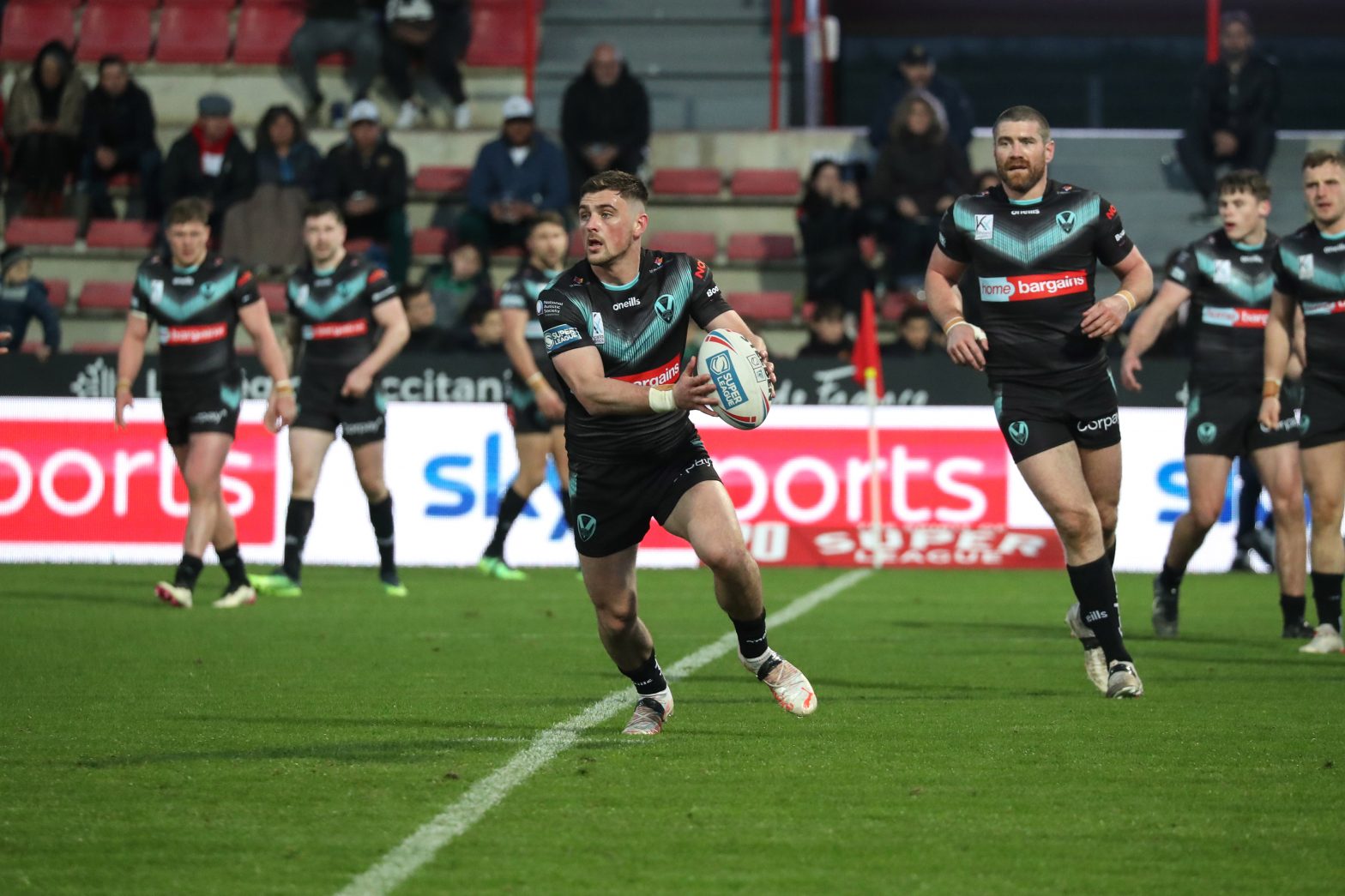 In the men’s Super League, Lewis Dodd kicked two goals for St Helens but he and Morgan Knowles couldn’t stop his side from losing 22-20 at Toulouse Olympique XIII.

Carys Marsh took the field for Wigan Warriors women in the only Challenge Cup game of the weekend, as they lost 46-0 at York City Knights. The match was the first of a doubleheader with their men taking on Widnes Vikings after that in the men’s Championship. York were again victorious, this time 32-6, with Matty Fozard on the losing side.

However Elliot Kear, Anthony Walker, Ben Evans and Chester Butler were winners last weekend, as Bradford Bulls beat Workington Town 26-12, also in the Championship. Welsh qualified Connor Holliday kicked a goal for Whitehaven, but he and Will Evans couldn’t prevent a 44-6 defeat at home to Sheffield Eagles. Just down the road, Dalton Grant started and Will Blakemore came off the bench for London Broncos in their 18-all draw at Barrow Raiders. Finally, in the Monday night game, Caleb Aekins starred in Leigh Centurions’ 26-16 win at Halifax Panthers.

In Super League reserves, Jacob Lee and Lewis Hall were in action for Salford Red Devils as they lost 34-12 at Wakefield Trinity.

Further afield, Tyson Frizell and Bradman Best each went over for a try for Newcastle Knights as the beat Wests Tigers 26-4 in the NRL. In the NSW Cup, Bailey Antrobus (St George Illawarra Dragons Reserves) and Josh Ralph (Mounties) were both suffered home defeats in their matches – Dragons falling 52-6 to Penrith Panthers Reserves and Mounties losing 32-18 to South Sydney Rabbitohs Reserves.

Finally in the Jersey Flegg Cup, Trent Griffiths came off the bench for Rabbitohs’  U21s as they were beaten 36-32 at Victoria Thunderbolts.