Wales Rugby League U16 head coach Paul Berry has announced a 25-player squad who will take on England and Scotland later this year.

The squad has been selected following a successful winter rugby league programme in South Wales which culminated in a competitive East v West Wales encounter.

Berry says: “The assessment and ID process has been thorough and been an ongoing process since November. The quality of player is getting better year on year and I’m really excited to see how these young men progress over the next few months as we prepare for the international fixtures over summer.

“Seven out of the 25 players are still eligible for under 15s rugby so this is a fantastic additional challenge for them on a personal level and will be a great experience for them at such a young age. 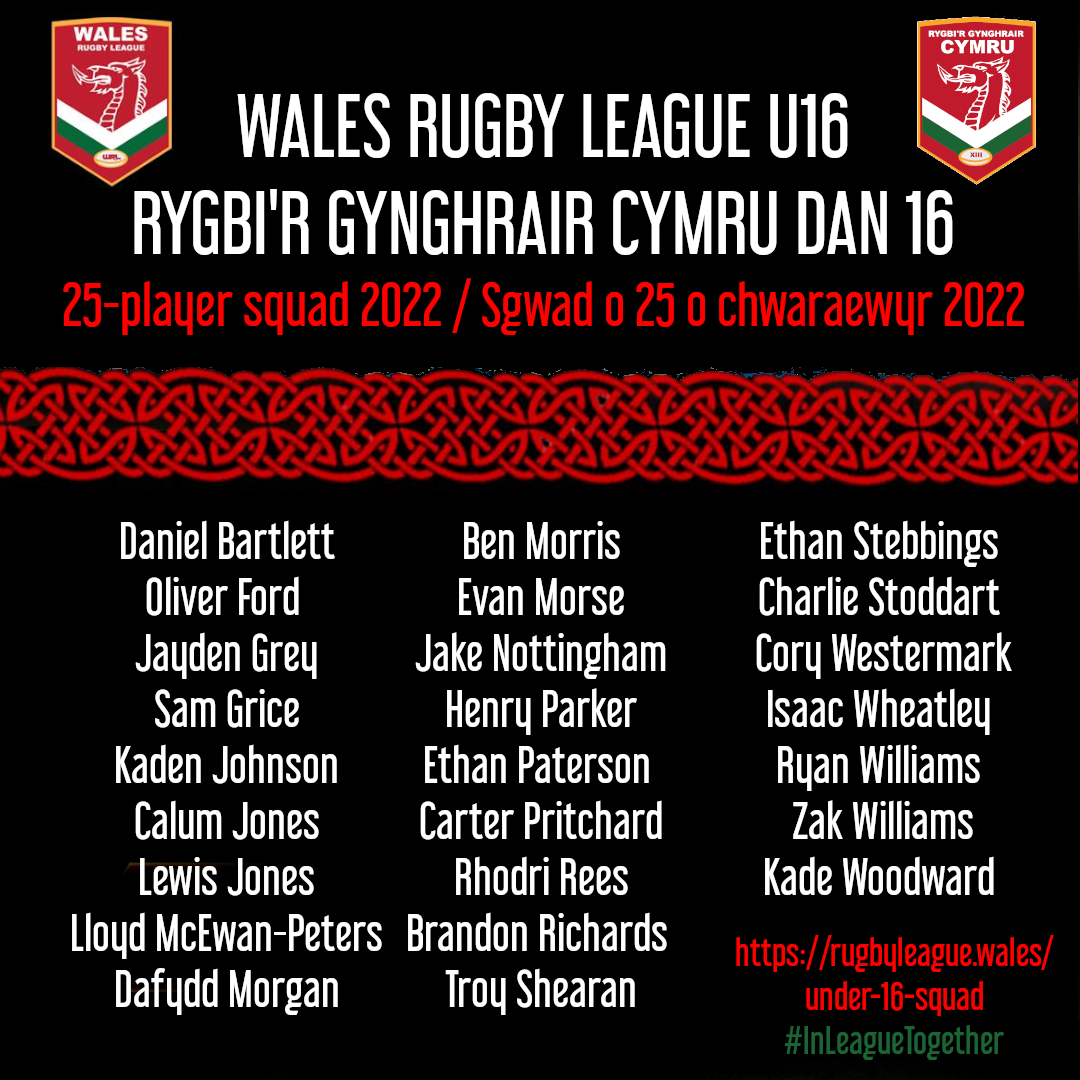