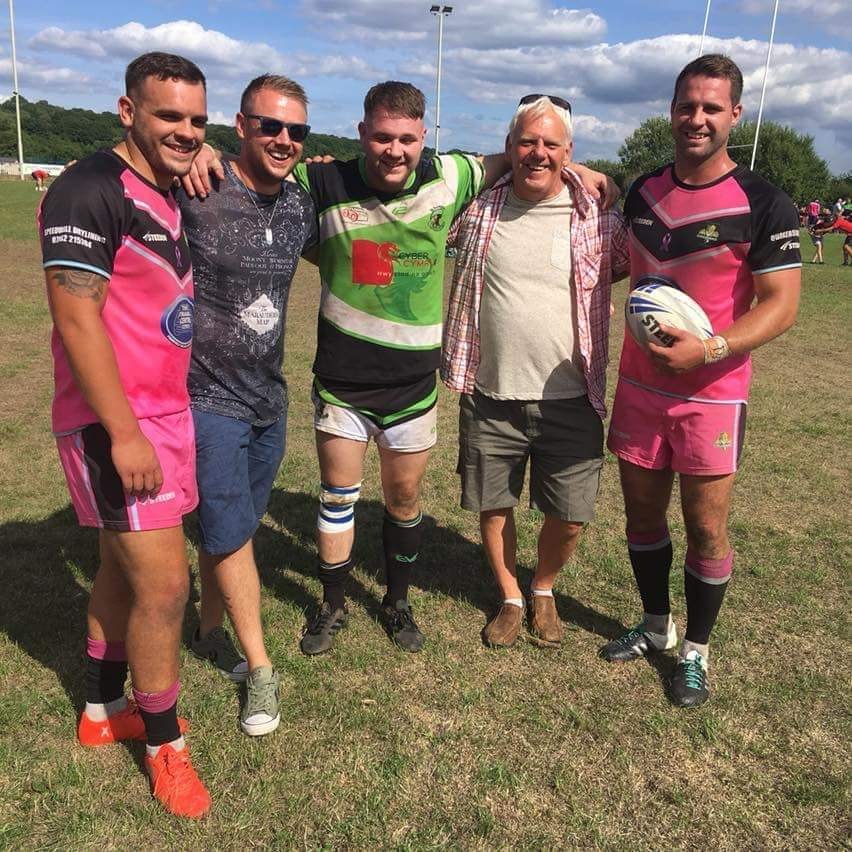 History will be made in Neath on Sunday where three brothers take to the field in a Wales representative side for the first time, as East Wales face West in the first match of the men’s Origin series.

Liam Watton, 28, the captain of the East Wales side for the series, welcomes his brothers Shaun, 27, and Adam, 25 into the side to face West Wales on Sunday (kick-off 3pm). They are pictured above along with their uncle and cousin.

Liam and Adam are both regulars with Valley Cougars whilst Shaun plies his rugby league trade with Rhondda Outlaws, and Liam can’t wait for all three brother to get together on the same team. Both Liam and Adam have won Dragonhearts caps, but not at the same time.

“I remember taking my brother Adam up to Nottingham Outlaws for his first game with South Wales Hornets to try and get him into this incredible game of rugby league. He, the same as me, was hooked after the first game and has continued since, with the Cougars and getting his first cap last year for Dragonhearts.

“My other brother Shaun started playing rugby league just three seasons ago with Rhondda Outlaws. He’s  yet to win a Dragonhearts cap primarily due to injuries, so hopefully this could be the year we all get a cap together. I’ve always longed to play alongside both of my brothers in rugby league, which will happen for the first time this Sunday for East Wales.”

Liam will lead his side, knowing that a win this weekend, plus another away at North Wales Origin next week, will see them clinch the title.

But he knows it’ll be difficult against a strong West Wales side who will be captained by his Valley Cougars team-mate Shane Lee.

He adds: “There’s a mixture of players from all teams, who have to come together and work as one to battle for the honour of putting that Wales Dragonhearts red jersey on.

“Both starting teams seem really strong, and with some very experienced talented players on the bench, I believe Sunday will be a battle. It’s a great honour for me to be captain as it just makes the day an even bigger event and moment for my brothers and I.

“I’ve already stated to the lads that yes we will be playing against our club teammates, but everyone is fighting for the opportunity to face England Lions and Lithuania later this year.”