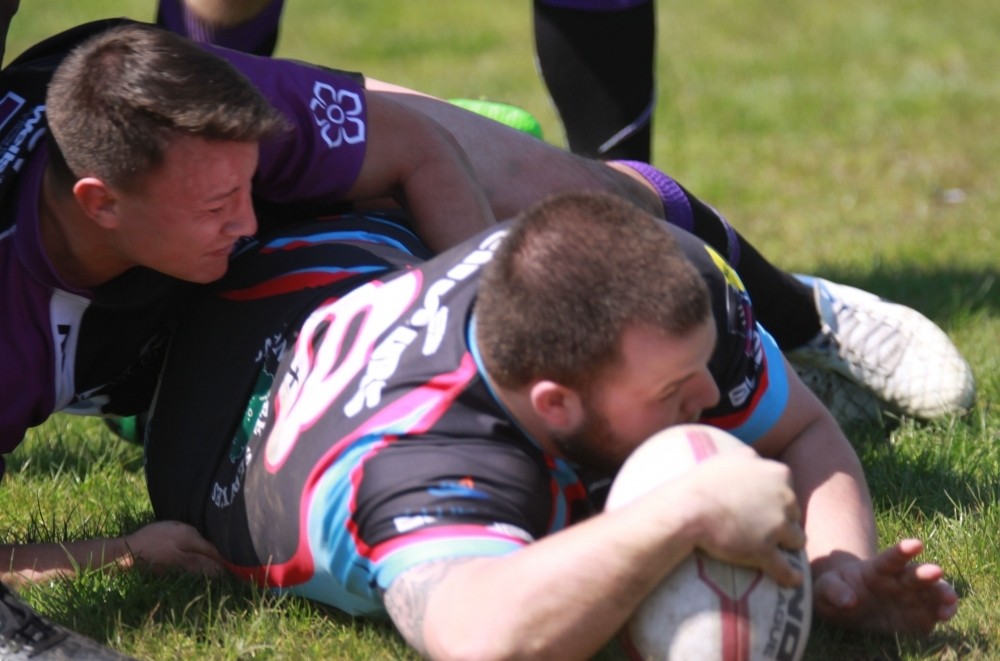 The Jordan Jevons Testimonial match takes place this Sunday at Treharris Phoenix RFC with a dual code match between Treharris and rugby league outfit Valley Cougars (kick-off 1pm), one half of league, one half of union.

The 21-year old, who played for both clubs, recently had to have half of one of his legs amputated after contracting bone cancer in his foot, and this event, which has been approved by both the rugby union and league authorities, will help to raise money for him to purchase a prosthetic leg.

Jevons, who took less than a week to come out of hospital following his operation, watched Valley Cougars v Nottingham Outlaws last Sunday, and he says that rehabilitation is going very well.

“I’ve just had my first physio assessment,” he said. “This involved me doing some PPAM-AIR which is basically an inflatable cushion on a metal frame. I was told this would help in the healing process by reducing swelling and easing any phantom pains.

“After four weeks of resting my leg up, little things like a bit of weight bearing on the leg can give you such a lift. With my partner Kirsty by my side shouting and pushing me along, I should be up and going in no time.

“In regards to Sunday, Valley Cougars have been a big part of me for the last couple of years, whether I was playing or watching – mainly watch due to me being made of glass!

“But it didn’t matter if you was a player or a supporter you are always part of the Cougar family, and to see them come up against Treharris in a charity game in my name is overwhelming.

“I’ve only been at Treharris a short time but they have welcomed me with open arms and ever since my diagnosis they have supported me in whatever way they can.

“I am forever grateful for the effort and support these two great clubs and friends have done to make Sunday possible! They only problem now is to decide who to support.”

Admission on the gate this Sunday is £5. There will be a raffle, auction and barbeque with a show at 5pm.

In addition there will be a one-off horse racing event with a £100 prize.