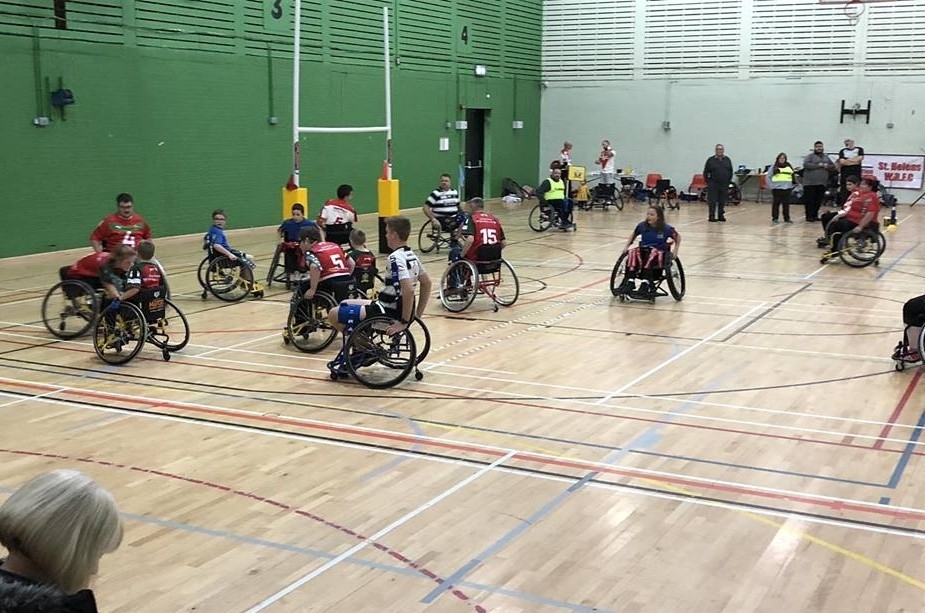 St. Helens, Hull FC and Hereford Harriers participated alongside the hosts, where each side faced each other team once before progressing to a final where North Wales came out on top on the day.

Sophie Jones, mother of Thomas described him as a “loving, cheeky, mischievous and happy little boy, who enjoyed coming to North Wales Crusaders training sessions and watching the team play. He will be sadly missed.”

The event was mainly organised by Harry Jones, 21, who described the event as: ”Phenomenal. It meant so much to our entire family, there was some amazing rugby and an amazing amount of respect from everyone involved.

“I’d just like to say a huge thank you to everyone to helped in making the day such a success. And a a huge thanks to the RFL who allowed us to put the event on and to also request for it to be an annual event.”

Thomas’ family hope that the proceedings towards Hope House will help other grieving families to be enabled to use their special ‘snowflake room’ which allows them to be with their child between the passing and the funeral.

The event was held at Deeside Leisure Centre and had a host of cake sales raffles, buffets and team donations all contributed to the amount raised for Hope House.