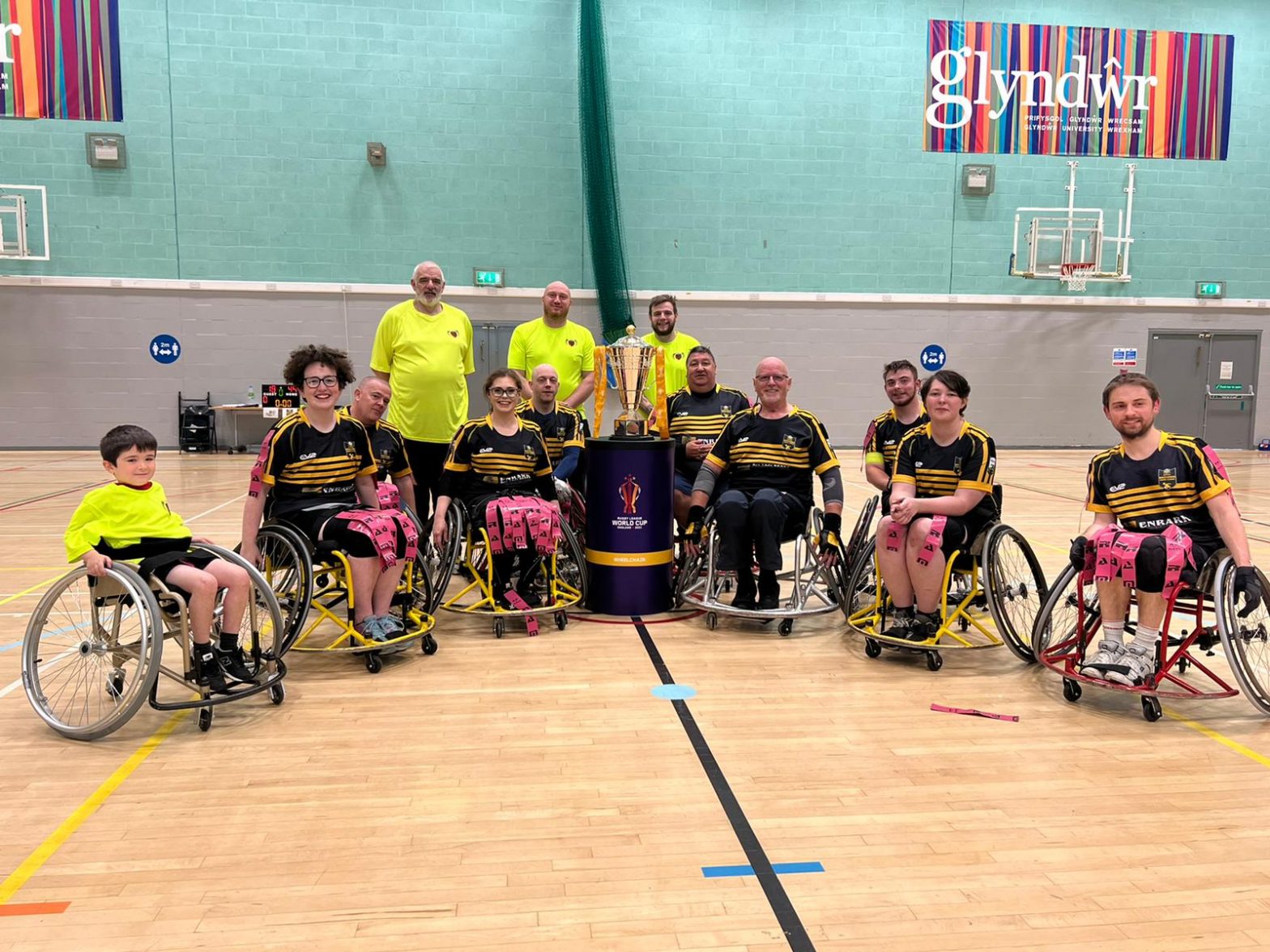 With all three Rugby League World Cup trophies on display at the arena, the oldest wheelchair team in Wales were able to show their experience as they lifted the trophy in its first year.

Daniel Clarke went over the try line four times with teammate John Doyle also getting a hat trick and converting five of the eight tries scored, Gary Taylor also found himself on the score sheet as Cru dominated in Wrexham.

Anthony Pennell went over for two tries and Darren Davies getting one for the Torfaen Tigers.

With international experience on both teams, the game was set up to be hotly contested but the North Wales Crusaders ensured no upset was to happen.

Crusaders went into the break with a comfortable 14-point lead as they limited Tigers to just the one try making the score 20-6.

Not slowing down in the second half, Crusaders went on to score another 24 points but allowed Torfaen to score two tries to take the final score to 44-18.

Following this, the Crusaders retained the Peacock Cup, a tournament held annually in memory of young fan Thomas Jones, who died suddenly in 2018 two days after his third birthday. The tournament is organised by Thomas’s uncle Harry Jones, who plays for North Wales Crusaders and Wales.

The tournament started with a minute’s silence, before the opening game between Rochdale Hornets and Sheffield Eagles.

Both teams are in their first year of playing and a tightly contested fixture saw the Hornets running out 14-0 winners.

Up next saw both Welsh teams lining up for another battle. Strong defence won Crusaders the game after Torfaen put some great attacking plays together. The newly crowned Cwpan Silans Cadair Olwyn winners also won this encounter, this time with a 26-4 scoreline.

Just before the break for the day, there was game three which was contested between Crusaders and Hornets.

Once again Hornets were in close battle, but Crusaders managed to make experience pay as they saw out the game to be victorious by 10-4.

There was no slowing down after the break as Torfaen set about getting their first win of the Cup and the Hornets made them work hard for it as the Welsh side see out a 12-0 win.

Tigers knew a win in the final game would see them through to the final and like Crusaders had done all day, Torfaen used their experience as they pulled away and won 14-4.

The final game of the regular fixtures saw already finalists Cru come up against a resilient Sheffield who were looking to add to their first try from the previous game.

Eagles managed to go over for another try but Crusaders pulled away and took the victory 24-4.

A final awaited North Wales Crusaders Wheelchair and Torfaen Tigers with the Tigers looking for revenge after defeat earlier in the day.

Unfortunately for the Tigers. Crusaders took control of the game and pulled away on the scoreboard winning 22-10 and lifting the Peacock Cup for the fourth time and still being the only team to have won the Cup.