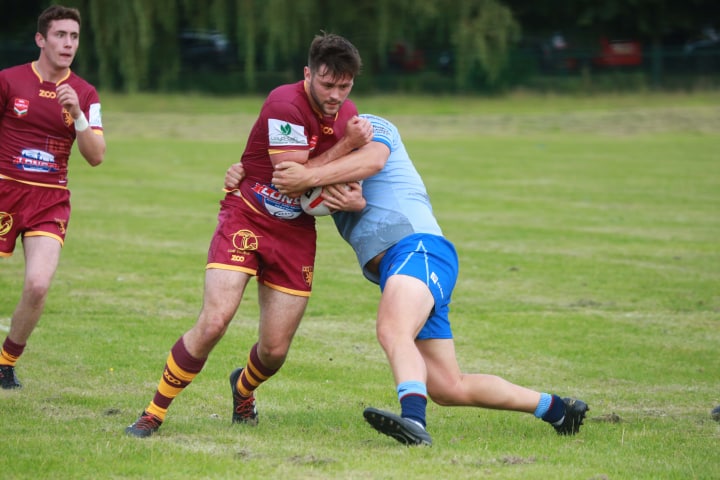 Wales Rugby League are preparing for a big North Wales weekend with five international matches and one representative game over three locations.

The event that encompasses the whole weekend is at Plas Madoc Leisure Centre in Wrexham where Wales are hosting a Wheelchair Tri-Nations tournament against England and Scotland.

Wales open the event when they face the Scots on Saturday (1.15pm). The Welsh have won the last five encounters between the two sides, putting over a century of points on their Celtic rivals in each of their last two clashes.

Straight after that game finishes, Wales must take to the court again to face England (3pm) knowing that not only have England won all of their matches against them, but have never lost against a match against a fellow British Isles nation.

Wales come into the tournament in good form having won the Celtic Cup back in April, beating Scotland and Ireland and scoring a century of points in each game. England had two tough matches in France in June in a two matches series against their hosts, winning the first 31-25 before losing 50-46.

A Welsh cap record could be broken on Saturday. Alan Caron, Wales Wheelchair heritage player #1, could become the country’s record test cap holder if he plays in both games. With 29 appearances before this weekend, he is set to overtake Ian Watson, Jordan James and Rhys Williams, all of whom have made 30 test appearances for the Wales men’s side.

Saturday’s Wheelchair action concludes at 4.45pm when England face Scotland. The top two sides from the opening day qualify for Sunday’s final (3pm), whilst the bottom side will take on Leyland Warriors Wheelchair RLFC in a friendly encounter at 11am, with a open taster session of Wheelchair RL taking place in between the two.

Admission to both days is FREE but fans can make a donation to the Splash Magic Trust and buy a WRL charity magazine.

Wales come into the match in good form with home and away wins over Ireland earlier this year. They have a mixed record against England Lions at this age-grade in the past, winning five, drawing two and losing six of the previous 13 encounters.

Coleg y Cymoedd’s Will Clapham is in line for his first U19 cap after winning one for Wales at U16 level in 2017. He is the only new addition to Anthony Walker’s 19-man squad.

The encounter will be good preparation for Wales, who will take on the full England Academy side for the first time in six years when the two sides meet in Llanelli next month.

Admission to Wales U19 v England Lions at Parc Eirias on Saturday is just £5 for adults, £3 for concessions and free for children aged under 16.

They will however face an experienced and confident North Wales side who have already achieved some good wins this year, the last one being a 60-0 away victory over Devon and Dorset Lions six weeks’ ago.

North Wales head coach Matt Drinkwater has named a 19-man squad with a lot of new faces compared to last year’s Origin series, where they finished second to East, despite a comprehensive 42-16 win over West in Wrexham.

East beat West 38-18 last week and head coach Ian Newbury will hope to name as strong a squad for the trip up north. He has yet to name his squad and it will be posted at http://bit.ly/2nyqKx9 when known.

The WRL Men’s Origin series then concludes on Sunday 6th October at Glamorgan Wanderers when West take on North (kick-off 3pm), and then the best players will be selected for the Wales Dragonhearts squad for their three matches in October and November.