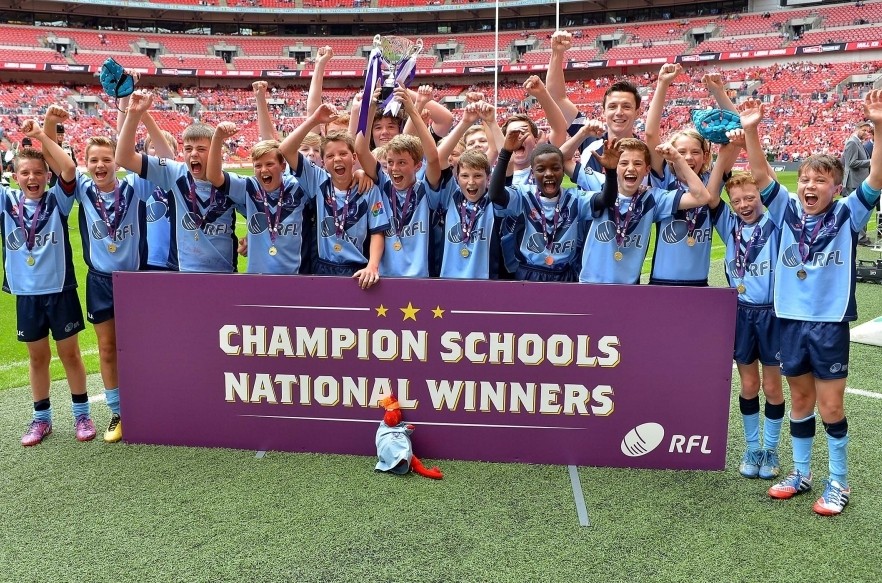 Wales Rugby League are to launch a brand new schools competition for 2019-20.

With the well known competitive history of Welsh schools in the annual RFL Champion Schools tournament, Wales Rugby League have now decided to organise our own tournament, running from the end of October through to early January.

In the national tournament, Wales has had nine finalists in the last 15 years, with four winners, one of the most notable being Glantaf year 7’s final victory at Wembley Stadium in 2015.

Last year, WRL had ten schools in the national competition, 41 teams in total with over 700 participants. Two teams, Glantaf’s year 7 and 11 sides, reached the national quarter-finals.

The new Welsh competition will feature weekly fixtures for years 7-11 and any school can take part.

It will be a knockout cup scenario where the winners of each year will automatically take part in the UK Champions Schools tournament next year with the national year 7 final traditionally played at Wembley Stadium before the RFL Challenge Cup Final.

If you would like to take part in this years schools competition please e-mail peter.tiffin@walesrugbyleague.co.uk with your name, school name and school years that you wish to enter.

Deadline to enter sides is 5pm on Monday 14th October.

“Everyone is allowed to enter and I hope for larger numbers this year to make it a really strong Welsh contingent in the national competition in 2019.”