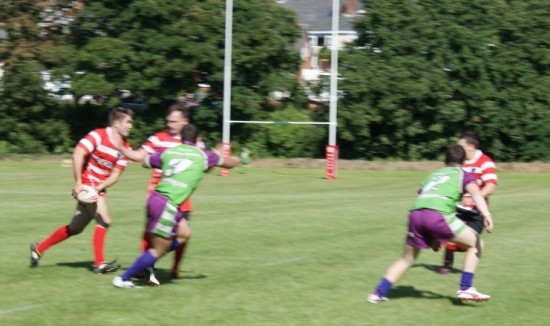 Prestatyn and Rhyl Panthers won the 2012 North Wales Nines on Sunday in Queensway in Wrexham.

The Panthers, who were unbeaten throughout, beat a plucky Aberystwyth University in the Final.

The Mike Nicholas Man of Steel Award was won by Lewys Weaver from Prestatyn and Rhyl Panthers.

All the teams then attended North Wales Crusaders vs Rochdale Hornets after the awards ceremony while at half time there was a photo of the winners taken on the pitch.

North Wales Development Officer, Matt Pritchard: “We’ve set a very high benchmark. The skills levels were superb throughout and it was a fantastic day. It was great to bring everyone together in one tournament, it was a great advert for Rugby League in North Wales.”